For the last couple of weeks to a little over a month, it seemed like the Boston Red Sox were going to miss the playoffs due to a bad losing streak. Despite all the adversity, the Red Sox are in the ALCS as the fourth seed by defeating both the New York Yankees and the Tampa Bay Rays. Other than Game 3 in the ALDS, the Houston Astros destroyed any opportunity the Chicago White Sox had in an attempt for a comeback.

The Astros clinched their fifth straight ALCS appearance. This will be a rematch of the 2018 ALCS as the Red Sox won 108 games that year, but the organization is slated as the underdog this year as no one expected them to be one series away from making it to the World Series once again.

This will be an interesting series as both teams pushed the boundaries to gain an advantage in their World Series run in 2017 and 2018. Putting that all aside, the Rays were seen as a heavy favorite as they won 100 games this season; however, the Red Sox proved that it was foolish to count them out as the bats came to life. On the other hand, the Astros proved why they are the team to beat in the AL as they had an impressive ALDS against a young talented team.

The Red Sox will need to continue their hot streak to have a chance against the Houston Astros. The slightest mistakes can cost the Red Sox the season as the Astros’ best weapon in their arsenal is their offense as they boast the second-best run differential of +205 trailing the Rays by one. However, the Astros had the best batting average, on-base percentage, and produced the most runs. 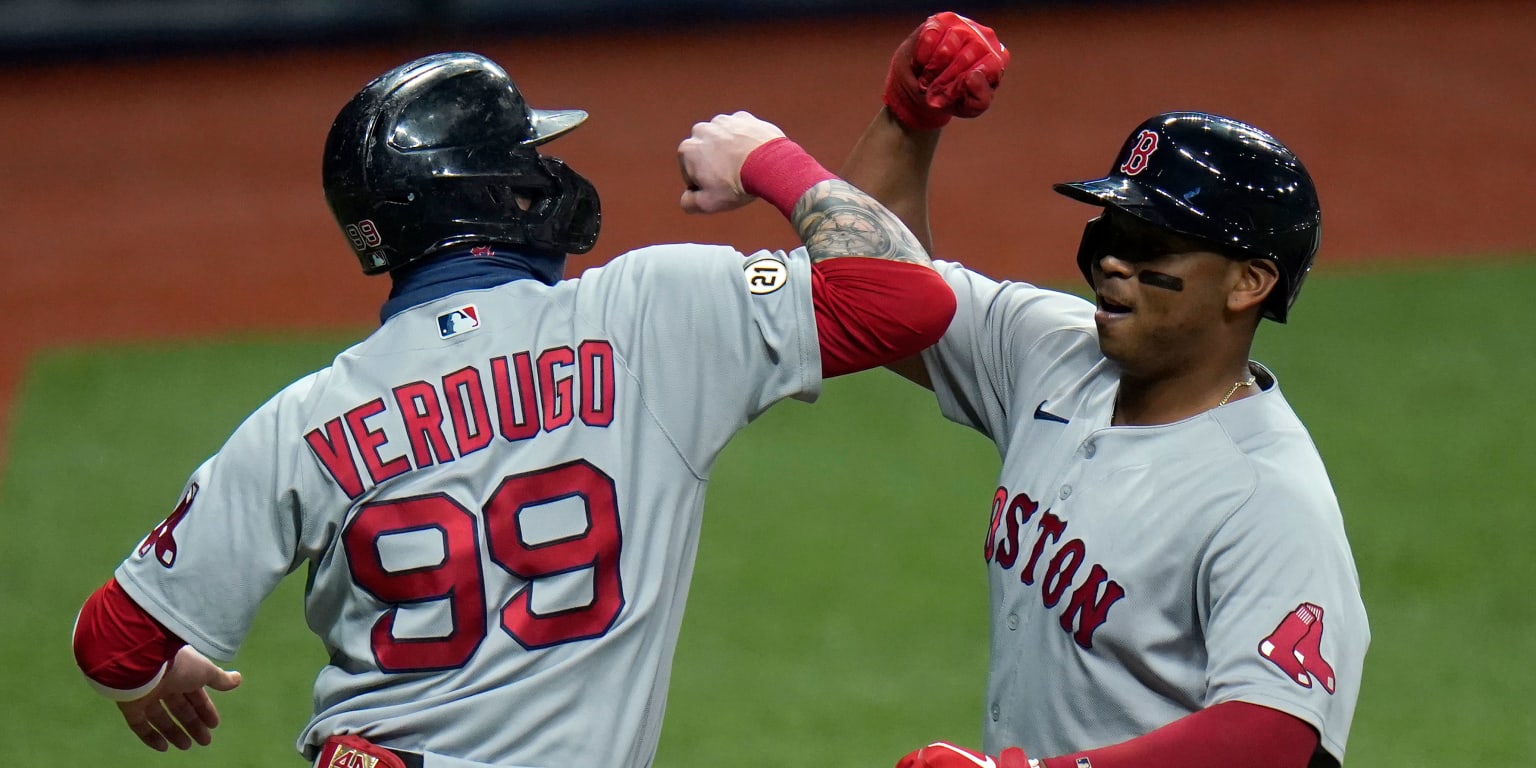 Keys to Success for the Boston Red Sox

The Boston Red Sox has a tall task ahead starting this Friday. The team struggled in the regular season against the Houston Astros. The Red Sox know the Astros have a more experienced roster that has been tested in the playoffs.

The Red Sox ended the series with a 2-5 record this season in the two series. The Red Sox had a -17 run differential, but the playoffs are a good way to restart as it comes down to which team has four wins in a best of seven series.

The keys to success are quite straightforward for the team as the lineup must value making contact with the baseball instead of swinging for the fences on most occasions. Houston’s pitching staff is not as strong as the Rays’ staff was supposed to be. The Rays’ defense shifted all across the diamond, but the Red Sox lineup was able to figure out how to put the ball in play past the defenders.

Xander Bogaerts, Christian Vazquez, and J.D. Martinez did not hesitate to hit in the opposite direction of the shift. Alex Verdugo seems to be finding a different approach at the plate as he starts to hit the ball towards the opposite-field approach, while Rafael Devers is consistently hitting the ball up the middle, confusing the defense.

What the Houston Astros Need to Keep Doing

Despite losing their star center fielder George Springer this offseason, the Houston Astros are a few wins away from making another World Series appearance. Here are a few things the team must keep in mind when facing the Red Sox.

The Red Sox will be busy dealing with the potent offense the Astros lineup presents on a nightly basis. Fans and managers already know that Alex Bregman, Carlos Correa, Jose Altuve, and Yordan Alverez can change the momentum of a game with one swing of the bat. One player to watch is Kyle Tucker as he had a slash line of 480/.500/.720 with six doubles against the White Sox.

Despite their well-rounded lineup, the pitching department will need to step up as Justin Verlander is out for the year and Zack Grienke is struggling this season. Lance McCullers Jr. has been lights out this far in the postseason as he only allowed one run in 10.2 innings pitched.

Framber Valdez, who struggled in game two, needs to find the success he had against the Red Sox as he had a 2-0 record, 1.26 ERA, and 18 strikeouts in 14.1 innings pitched in the regular season. Closer Ryan Pressley needs to keep shutting down any comeback attempts as he picked up 26 saves this season. With a high possibility of many high-scoring games, having matchup advantages will be a difference-maker to punching a ticket to the WS.

I hate MLB Power Rankings. I have always hated the rankings, and I do not believe this loathing will stop until I am on the committee of writers who vote. I have seen many idiotic […]

Love it or Hate it, the Houston Astros Have Established a Dynasty

The Astros recently defeated the Red Sox in the ALCS to advance to the Fall Classic for the third time in five seasons. Read this article to learn more about Houston and the current dynasty they have established. […]