Joey Votto is towards the end of his career, but he is still a fan favorite throughout the league. On Saturday, Votto once again showed why his presence spans outside of the lines.

The six-time All-Star was tossed from Saturday’s contest in the first inning. Votto came to the plate with the bases loaded, but the outcome did not go how he had hoped.

Votto came to the plate with the bases loaded, but he struck out on a check swing called third base umpire Chris Guccione. The former MVP did not agree with the call, and he let the entire crew know his opinion. 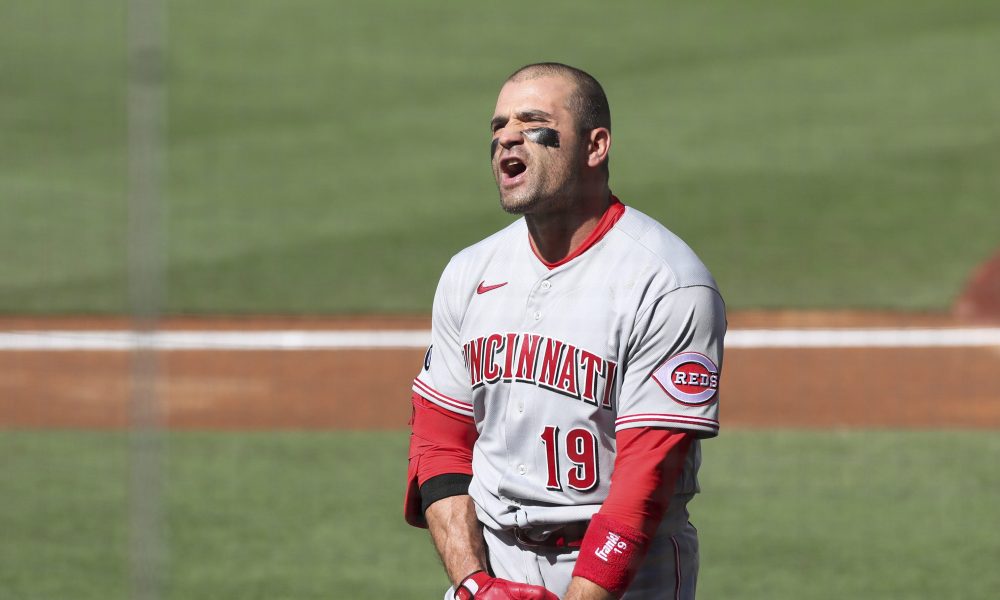 As Votto was walking back to the Reds’ dugout, he went off on Guccione. Home plate umpire Ryan Additon came down the third-base line and tossed Votto from the game. This caused the first baseman’s attention to shift back to Additon.

Votto had to be pulled back from Additon after he was removed from the game. After the game, crew chief Jim Reynolds supported his partner’s decision.

“His actions were clear. He just lost control. I’m not quite sure what was said. I didn’t get there in time for the ejection. Certainly, Joey’s actions, to me, called for an ejection at that point.”

Abigail, the Diamond in the Rough

The Reds were facing the Padres at Petco Park, and the crowd was ecstatic that Votto was ejected. The scene between Votto and Additon was worth the price of admission, but one Reds fan in the crowd was not pleased to see her favorite player removed after the first inning.

Kristin Courtney, a Cincinnati fan, tweeted a picture of her six-year-old daughter Abigail crying after her favorite player was ejected. She did not realize that Votto had been tossed until her mother explained what had transpired on the field. 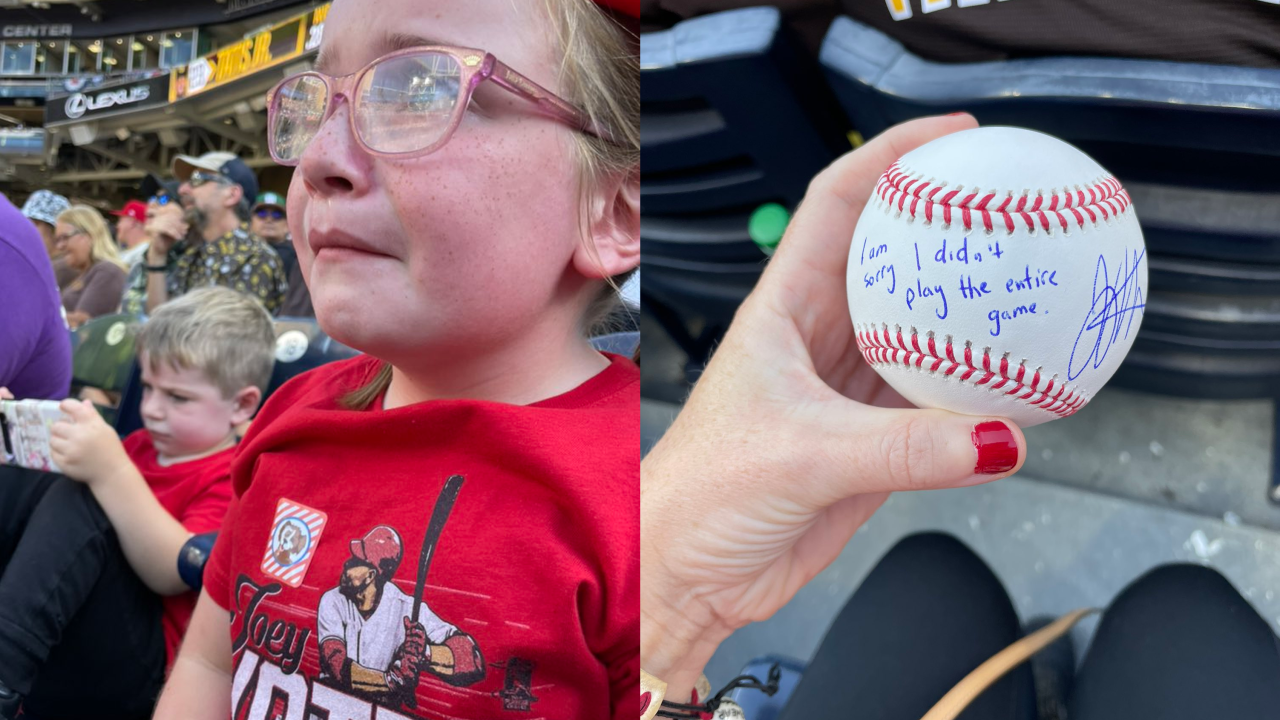 Abigail was in attendance to see her favorite player, and that had been taken from her before she even had time to have ice cream. Abigail was decked out in Reds’ gear, including her Joey Votto t-shirt.

When Votto heard of Abigail from the Reds’ social media team, he immediately made things right with the young fan. He sent her a signed ball saying, “I am sorry I didn’t play the entire game.”

Courtney, a Reds fan living in Los Angeles, was very thankful after the big leaguer made her daughter’s day.

“I’m working on raising my kids to love the Reds too, and it’s definitely going well so far! Abigail really loves Joey Votto and basically the entire team. We are so grateful to Mr. Votto and the Reds.”

Votto has been in the show for 15 years, and he has displayed his fair share of emotions over his career. It was the 13th career ejection for the Canadian, but the league took no further action after the incident.

I was a fan of Votto before Saturday, but this situation made me an even more prominent supporter.

At this point, we all should know the story of Pete Rose. The man who went by the nickname of “Charlie Hustle” dominated the MLB from 1963-1986. […]