In our Baseball Spotlight Atlanta Braves 2021 season preview, we take a look at everything from last season to projections for the 2021 season. Let’s get started!

The Braves were one win away from the World Series in 2021 before the Dodgers rallied and won three straight contests to send the team back to Atlanta. The Mets have gotten a lot better this season, and I think their moves put them slightly above the Braves.

Although, the Braves could easily win this division with their strong lineup and electric pitching staff. The Braves will be in a war of attrition all season to win the division crown or claim a Wild Card spot for the 2021 postseason.

Everyone in the MLB is talking about the Dodgers, but do not count out the Atlanta Braves. The Braves return most of their stacked lineup from last season. They have a great mix of veteran and young talent, but some questions surround the roster’s youthful athletes.

I like the Mets because of their elite rotation, but Atlanta is a championship-caliber team. They are the defending division champions, and I guarantee this clubhouse believes they will repeat in the NL East.

The Atlanta Braves are in good shape for years to come because of the organization’s efficiency and talent development ability. The Braves are here to stay behind some of their young stars like Ronald Acuna Jr., Ozzie Albies, and Max Fried.

When you are scanning the Braves lineup, you do not have to look hard to find some of the best young talents in the game. The one-two punch at the top of the order with Ronald Acuna Jr. and Ozzie Albies could be the Braves ticket to the National League Championship in 2021.

Acuna Jr. has spent three seasons in the big leagues, and he has put together an extensive resume in this time. The outfielder won the Rookie of the Year in 2018, he made the All-Star team in 2019, and he has collected two Silver Slugger Awards. 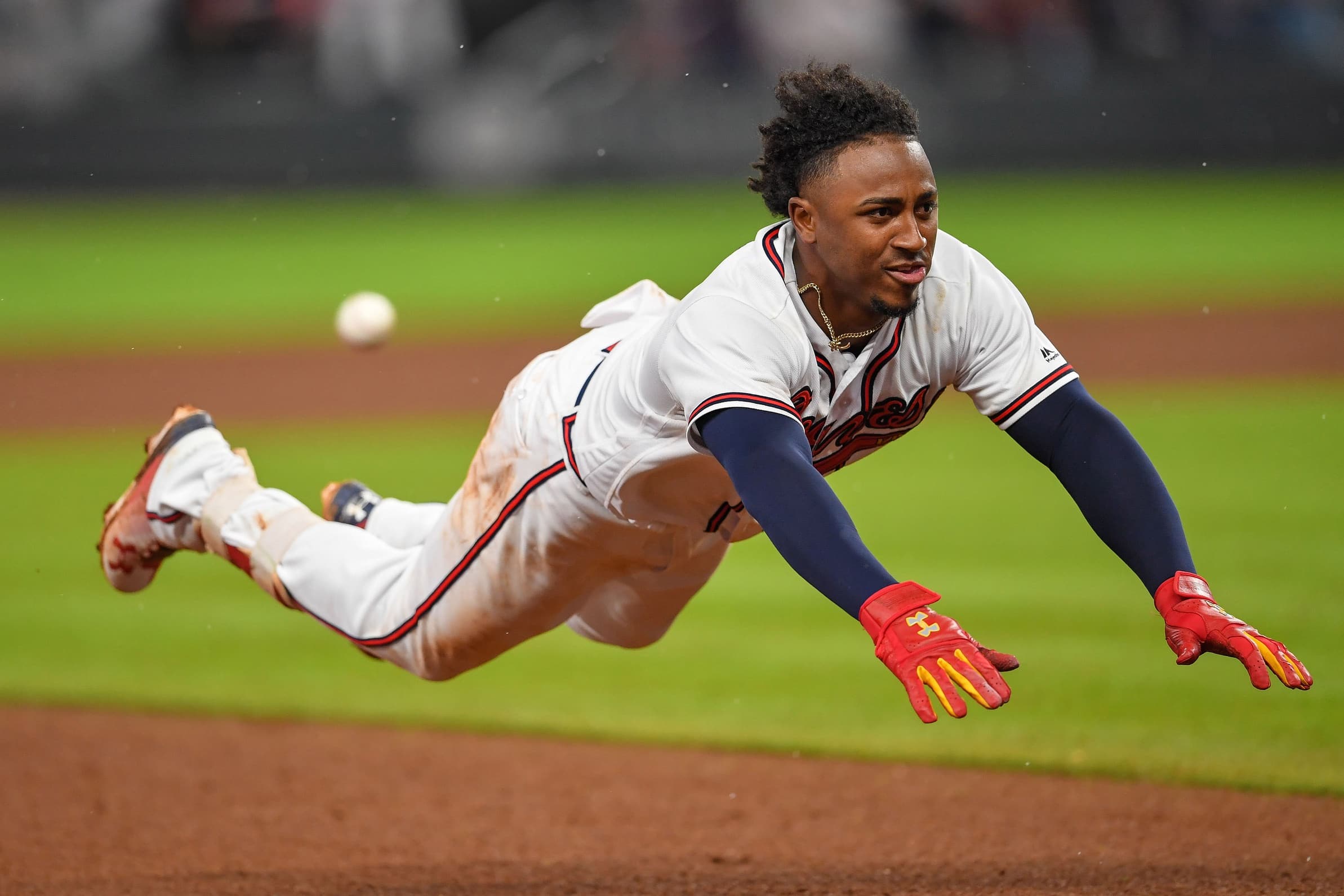 If you have consumed any amount of Braves Spring Training, you have probably seen Acuna Jr. go yard. Acuna Jr. is talented enough to win the MVP this season if he finds his rhythm at the plate.

Behind Acuna is Ozzie Albies. Albies is entering his fourth season in the MLB, and he is already an All-Star and a Silver Slugger at second base. In 2019, Albies led the league in hits with 189. He does not have as powerful of a stick as Acuna Jr., but he is a multi-dimensional hitter.

Behind these two players is Marcell Ozuna. Ozuna bounced back in 2020 with the Braves after two average seasons with the Cardinals. Ozuna was one of the most feared hitters in the National League last season.

If Ozuna can put similar numbers together over 162-games, the Braves will be very tough to beat. Nonetheless, if Ozuna cannot hit in 2021, the Braves become a lot thinner because of the bottom of the order.

The Braves have a good bottom of the order, but you need a great second half to dethrone the Dodgers. Everyone is measured off the Dodgers, the gold standard of the MLB.

The Braves bottom half can be significant in a supporting role, but Acuna Jr., Albies, Ozuna, and Freddie Freeman need to deliver in 2021.

The main question with the pitching staff is, “Will Mike Soroka be okay in 2021?” Soroka tore his Achilles tendon after making three starts in 2020. Soroka was phenomenal in 2019, making 29 starts and tossing 170 innings.

The Braves do not have a timetable for his return, but he should be back by the early summer. The Braves rotation is good without Soroka, but his presence makes them great.

Max Fried, Charlie Morton, and Ian Anderson are the three primary arms without Soroka in the rotation. Fried burst onto the scene last season after posting a 7-0 record with 50 strikeouts.

Fried is not an overwhelming pitcher, but his location is exceptional. His fastball speed averages 93 mph, but he is the definition of a pitcher and a true master of his craft. Fried finished fifth in the Cy Young voting last year, and I expect him to be in the mix for this award again in 2021.

Charlie Morton seems to be improving with age. Morton is entering his age 37 season, but his lengthy career has not stopped him from pitching at an elite level. He is a two-time All-Star in 2018 and 2019.

In 2019, Morton finished third in the Cy Young vote and led the league in the least number of home runs given up per nine innings with 0.7.

Ian Anderson is the youngest pitcher in the Braves rotation. He made his MLB debut last season, going 3-2 with a 1.95 ERA. His stats caused him to finish in seventh place in the Rookie of the Year vote.

Will Anderson become baseball’s next dominant pitcher? Only time will give us an answer to this question, but he all the makings to be given the ball on Opening Day in Atlanta in future seasons.

Will Smith and Chris Martin will both be asked to close games in 2021 out of the bullpen. I expect them both to throw over 60 innings this season. A.J. Minter and Tyler Matzek will play significant roles in the seventh and eighth inning to get the ball to Smith and Martin with a lead.

A.J. Minter recorded a 0.83 ERA in 21.2 innings of work last season, so keep an eye out for the left-hander this year.

I think the Braves are positioned for a big year, but I am too excited about the Mets at this point in Spring Training. The Braves will share the Wild Card with San Diego and sneak into the playoffs, but I still like New York in the NL East.

MORE FROM BASEBALL SPOTLIGHT: If you enjoyed our Braves 2021 season preview, be sure and check out all of our MLB team and division previews before the 2021 season’s first pitch is thrown!

During the shortened 2020 season due to the pandemic, both leagues implemented the universal DH role to avoid overworking pitchers. […]

We are approaching the halfway point of the 2021 Major League Baseball season. There have been teams that have delivered thus far and others that have continued to fall short. There are good teams, average […]