This chant was all you could hear echoing through the stands of Dodger Stadium on Wednesday night after Cody Bellinger erupted at the plate less than one week after returning from the injured list.

The beginning of the season did not go how Cody Bellinger imagined. In 2019, he won the MVP and fell apart in last season’s 60-game slate.

Bellinger game into this season with high hopes after hitting four home runs for the Dodgers, which helped lead the team to its seventh World Series title.

However, adversity continued to strike the outfielder less than one week into the 2021 campaign. A hairline fracture in his shin kept him out of the lineup from April 6th through May 29th. Wednesday was the first time that Bellinger looked like a former MVP since returning to the team. He was 2 for 4 with a grand slam and six RBI. The two hits came in the first inning, which helped his team set a record.

The Dodgers scored the most runs in one inning on Wednesday since moving to Los Angeles in 1958. Bellinger’s blast was his first of the season besides the shot he hit in his rehab assignment in the minors.

Heading into the game, Bellinger was 1 for 12 with eight strikeouts since returning from the injured list. The Dodgers and Carlos Martinez can now confirm that the monkey is off the back of the two-time All-Star.

Bellinger is locked in at the plate, and Los Angeles could not be more excited.

“I was just missing some pitches, but that comes with routine and reps.”

The Dodgers are Dangerous

There is no doubt that Los Angeles is the best team in baseball. They have not played like an elite club, but there are still four months left in the regular season.

The Dodgers took two of three games from the Cardinals this week after giving three games back to the Giants over the weekend. The team is 33-23 on the year and 1.5 games out of first place. 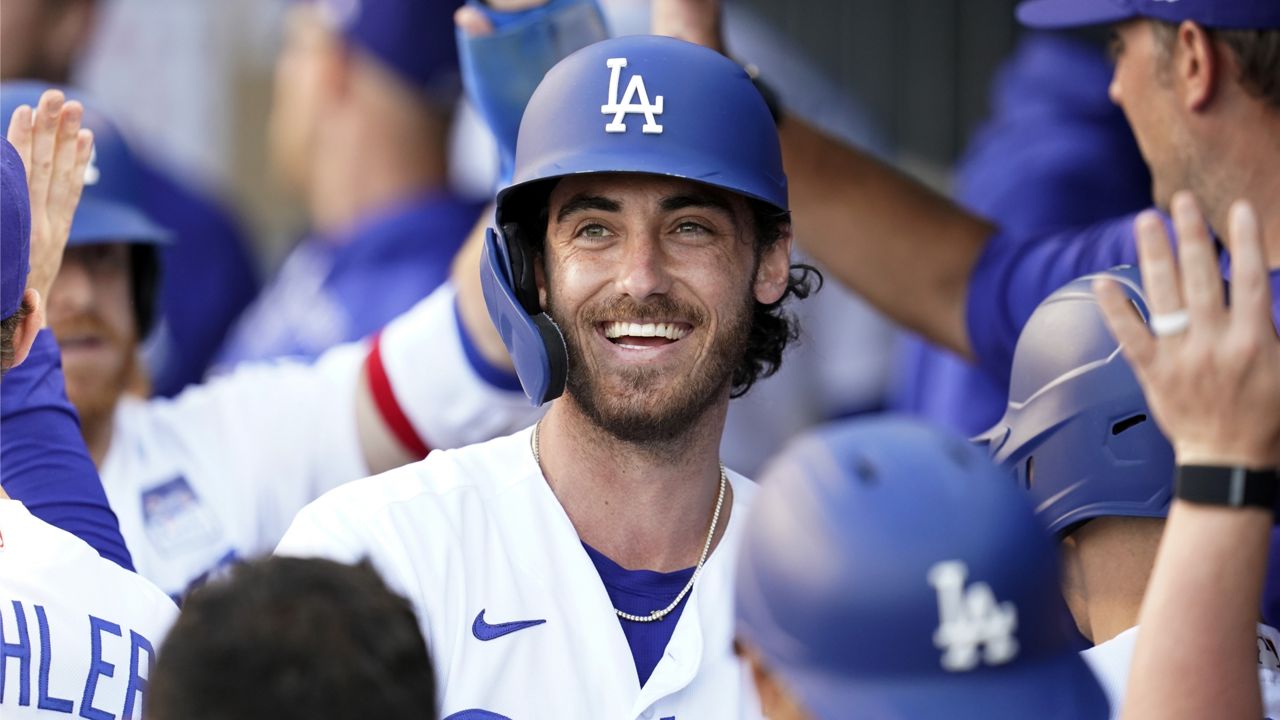 Los Angeles has been carried by Chris Taylor and Max Muncy, who are not the club’s headliners. Mookie Betts has been inconsistent, Justin Turner has cooled off, and Bellinger has been hurt.

If Bellinger performs like he is capable, and Betts and Turner regroup, this team is unstoppable. The pitching staff is one of the best in baseball, and Los Angeles has the strongest offense on paper.

When the Dodgers gain true momentum, it’s over for every team in the National League, and there is no denying this fact.

Dave Roberts spoke about the talent of his club after Wednesday’s victory.

“I felt we were in position ten days ago to hit a good run. We hit a lull this past series, but guys are coming back. It doesn’t matter who we are playing. If we are lined up and playing good baseball, we can go on a run.”

Who’s Next for the Dodgers?

Los Angeles is entering a portion of their schedule that they should dominate. They will face the struggling Braves beginning on Friday, before three-game series against the Pirates, Rangers, Phillies, and D-backs.

After this stretch, they will face the Padres in San Diego. With the opponents lined up for the Dodgers in the next two weeks, they should be in first place when their road trip to San Diego begins.

The Dodgers and Padres Should Have Been a Playoff Series

Since joining the Dodgers at the trade deadline, Max Scherzer has been the best pitcher in baseball, and his domination has not waivered. On Sunday, Scherzer took the mound against the San Diego Padres and […]