The Yankees were rolling to the American League Wild Card Game after dominating the Blue Jays on Tuesday. They continued their hot streak from Boston and brought it to the Rogers Centre, but it was brought to an abrupt ending on Wednesday night.

Bo Bichette homered twice in the contest, including a go-ahead shot in the eighth inning to lift the Blue Jays over the Yankees by a 6-5 margin. Momentum is on Toronto’s side heading into Thursday night, and the stage is set for a wild ending to the MLB regular season.

Bo Bichette, “This is OUR House”

Two playoff spots are remaining for four clubs. Who is going to claim the spots? Bo Bichette is doing his part to ensure the Blue Jays are not vacationing on Monday.

Bichette stole the show with two homers on the night, including the go-ahead shot. However, this win was a team effort for the Blue Jays. Marcus Semien started the scoring with a go-ahead shot off Gerrit Cole in the first inning.

Bo's right: this IS our house ? pic.twitter.com/YYwuru1hqn

Cole was battered by the Blue Jays lineup, allowing nine hits over six innings and five earned runs. Semien’s shot was his 44th homer of the season, setting the MLB record for long balls from a second baseman.

The Blue Jays had a 4-0 lead over the ace in the third inning. The Yankees rallied from behind thanks to Kyle Higashioka‘s two-run single in the seventh off of Tim Mayza.

This evened the score at five when Bichette stepped into the box in the eighth inning. The 23-year-old looked like a seasoned veteran at the dish and stayed composed against Clay Holmes.

Bichette drove a ball into the opposite field bleachers at the Rogers Centre, his 28th bomb of the season. As the shortstop rounded the bases, he pounded his chest and raised his fist as he screamed, “THIS IS OUR FU***** HOUSE!” 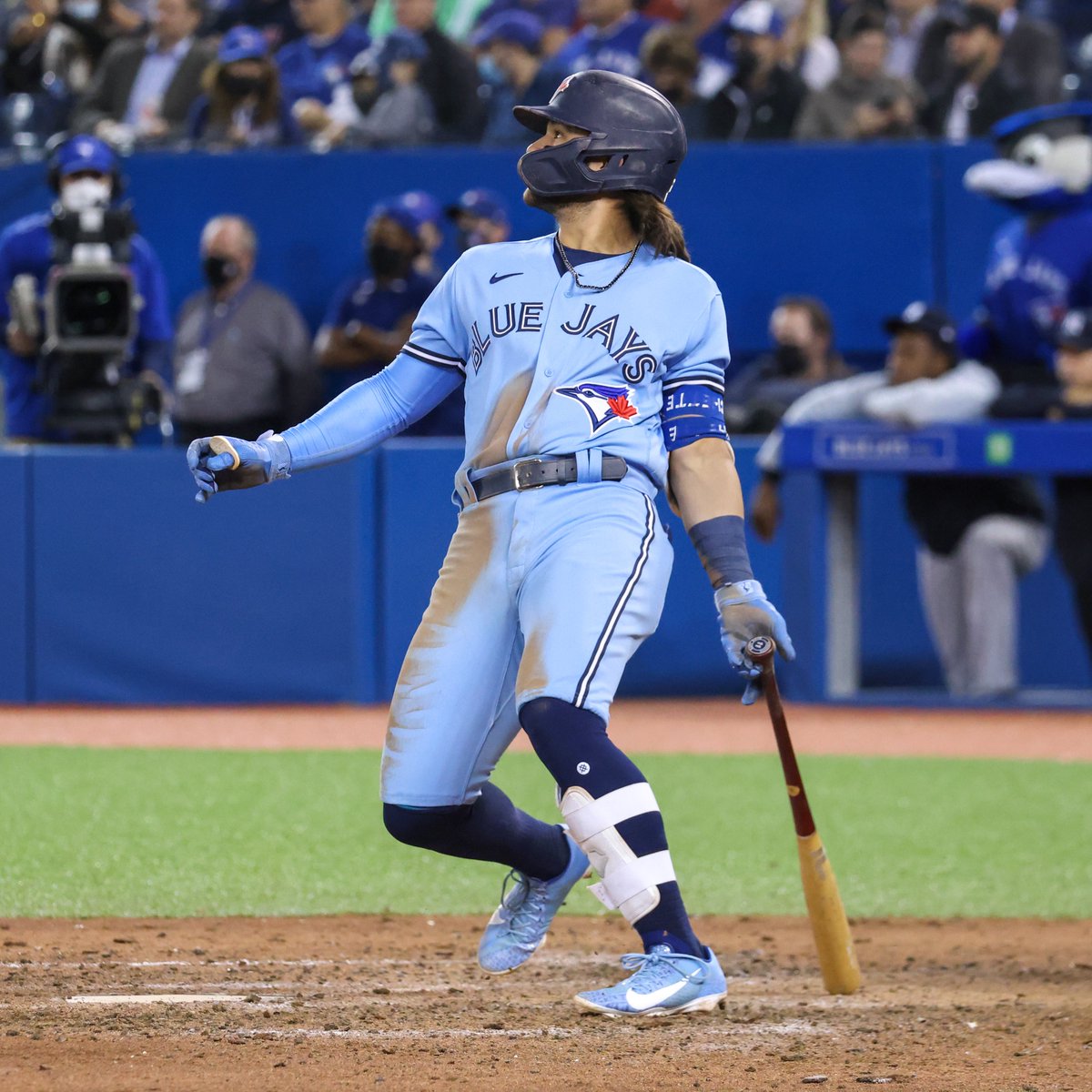 It’s hard not to be romantic about baseball after seeing this October moment before the postseason.

After the game, Bichette spoke and was still elated from his go-ahead homer.

He said, “I still really haven’t calmed down yet. Just a lot of excitement. Big spot, and I got the job done, so it felt good.”

Bichette and Semien reached 100 RBIs on the night, joining Teoscar Hernandez and Vladimir Guerrero Jr. to give the Blue Jays four players in this elite category. This is the first time they have all reached this milestone in their careers.

It has been a special year for the Blue Jays and their late-game heroics on Wednesday night kept them alive for October.

The Yankees loss on Wednesday gives them a one-game lead for the first Wild Card position. The Red Sox are in second place currently, with a half-game lead over the Seattle Mariners.

Boston will finish their series with the Orioles on Thursday night before heading to Washington for three interleague games. The Mariners have an off-day Thursday, so the Red Sox could expand their lead to 1.5 games with a victory.

Toronto is one game back from Boston, so a win on Thursday would tie them with Seattle. There are countless scenarios that could occur, and Thursday’s results will start to make the playoff picture more vivid.