In our Baseball Spotlight Boston Red Sox 2021 season preview, we take a look at everything from last season to projections for the 2021 season. Let’s get started!

The Boston Red Sox will want to put 2020 behind them heading into Opening Day this season. The Red Sox finished in last place in the AL East behind the Baltimore Orioles. It’s weird seeing a big market team like the Red Sox as the laughingstock of the AL East, but this came to fruition in 2020.

The Red Sox do not appear to be in much better shape heading into 2021, but they should not finish behind the Orioles this year. Unless the Red Sox pitching is as bad as it was in 2020…

The Red Sox 2021 season lineup is not in bad shape, but their pitching staff could struggle in 2021 in a similar resemblance to 2020. The Red Sox are rebuilding, but the good news is that this team will be back soon.

I do not believe they will make the playoffs, but with the expanded format, it is possible. The Red Sox will need to hang in until Chris Sale returns from Tommy John surgery, but there is no timetable for him to be back on the mound. 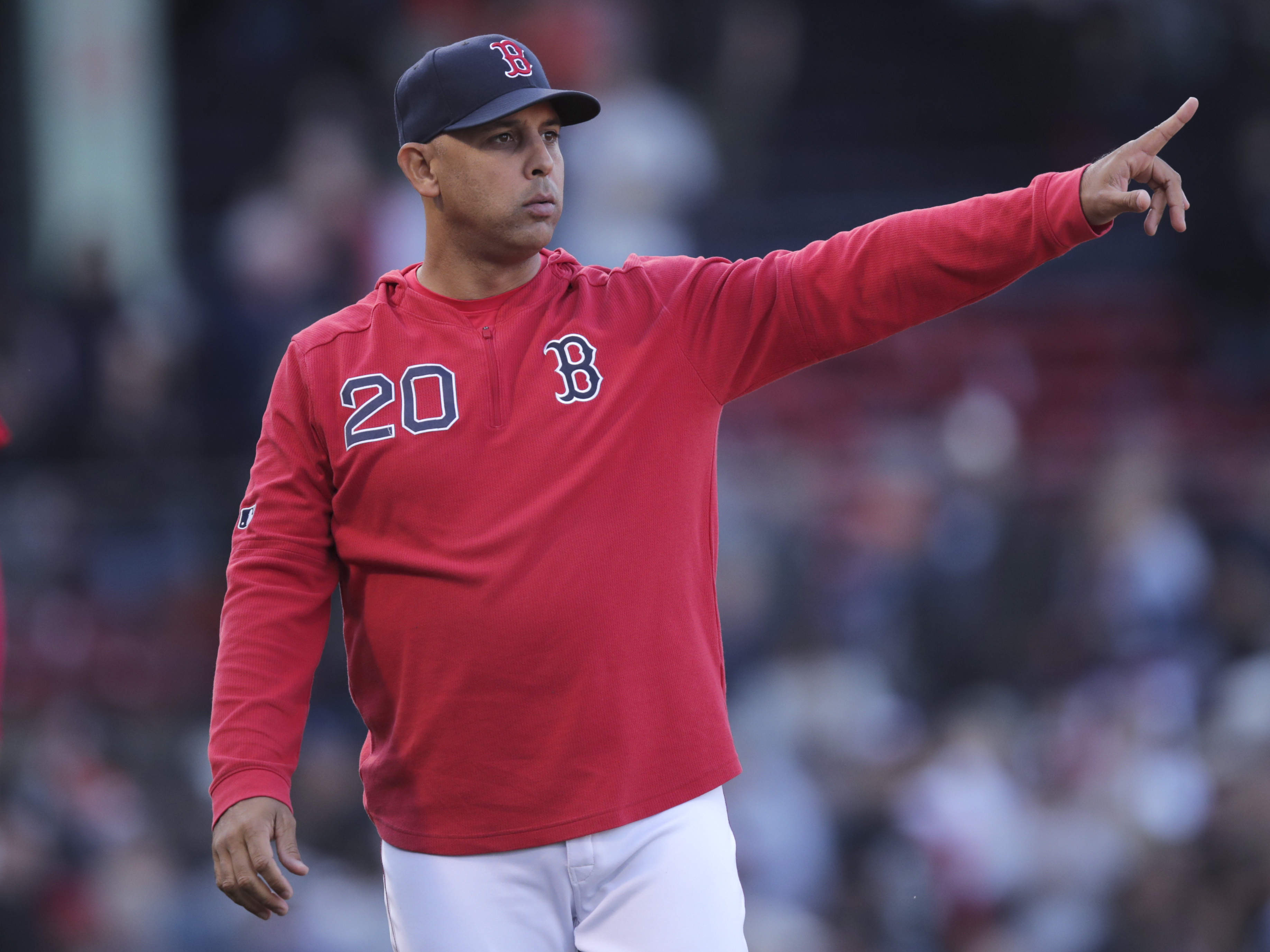 The Red Sox need to show improvement this year to keep their fan base happy. Everyone wants to win a World Series, but this is not Boston’s year. The best-case scenario is a third-place finish in the AL East, but the rotation is a point of concern.

The AL East is more exciting when the Red Sox are winning, so I am rooting for them as a baseball fan. Alex Cora’s return as the club’s manager is the first step to making Boston baseball great again.

Martinez has hit over .300 six times in ten seasons. He has won three Silver Slugger Awards in his career, but he struggled to make contact last season. Martinez averaged .213 and only had an OBP of .219.

With Martinez’s lack of production and Mookie Betts’ departure to Los Angeles, the Red Sox struggled to produce runs in 2020. If Alex Verdugo, Xander Bogaerts, and Rafael Devers can get on base consistently, Martinez must step up and move these runners around the bases.

I expect Martinez to bounce back in 2021, especially with the addition of in-game video and a return to some level of normalcy. I also really like Bobby Dalbec at the bottom of Boston’s lineup.

Dalbec debuted in 2020 and hit .263 with eight bombs. He lost ten pounds in the offseason and is in the best shape of his life. I expect him to be one of the best power hitters on the roster this year.

The addition of Enrique Hernandez from Los Angeles should also help Boston. He is nothing special but a tremendous addition in the nine-hole of the order. Hernandez will hit close to 20 home runs, and he can play nearly every position on the field.

The Red Sox bats will need to perform because the pitching could be horrendous. The Red Sox need another couple of reliable starting pitchers before we start including them in the championship conversation once again.

In the first week of the 2020 season, every Red Sox pitcher got blasted by opposing lineups. Eduardo Rodriguez is back after missing the entire 2020 season because of a battle with COVID-19. His presence automatically makes the Red Sox better.

In 2019, Rodriguez went 19-6 with 213 strikeouts. However, he will need to improve his location because walks were an issue that hurt the Red Sox. Nathan Eovaldi is a reliable starter for Boston, but he is not worthy of getting the ball on Opening Day in a big market like Boston. However, this is not a typical year for the Red Sox. The third starter is Garret Richards, who comes to Boston from San Diego. He adds depth to a limited squad, but he is not a quality big league starter.

Richards got shelled in his Spring Training debut for Boston, so he has a lot to work on as April approaches. After Richards, the staff drops off quickly with Martin Perez and Nick Pivetta. Perez went 3-5 last season, but he had a great year in 2019 with the Twins.

Pivetta still needs to prove himself, but I do like his upside in his second season with the club. Chris Sale’s return is unknown, but do not expect Boston to rush him back into action. Sale is Boston’s championship ticket in the coming years, so the talent on the 2021 roster does not warrant a fast return for the former Cy Young.

I wish Boston would get Jake Odorizzi, but they do not seem like they are swaying in this direction. Odorizzi would immensely improve the Red Sox’s starting rotation.

The Sox bullpen is in good shape with Matt Barnes, Adam Ottavino, and Darwinzon Hernandez. Although, depth will hurt the team because I do not think their starters will pitch into the late innings of games consistently. 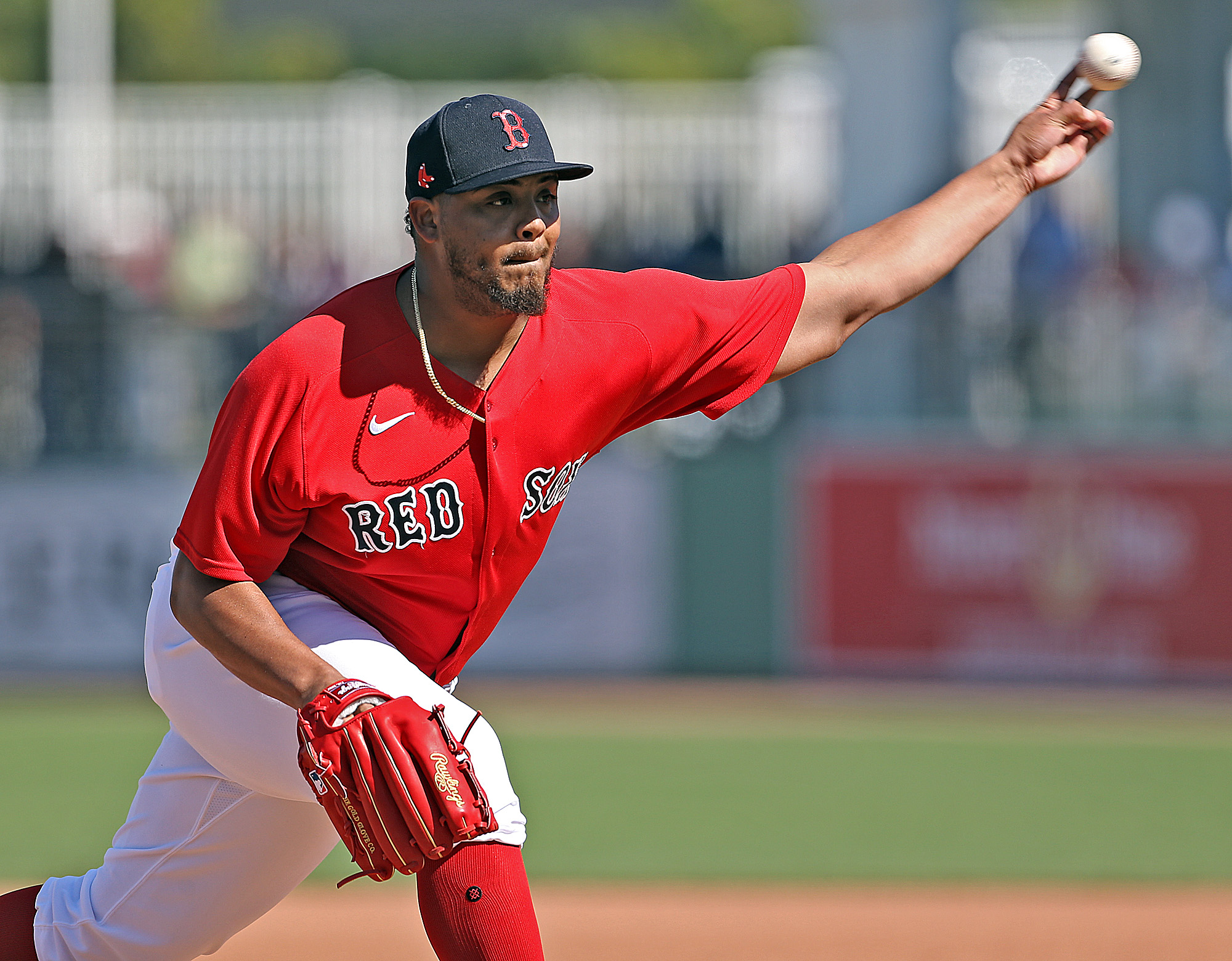 Hernandez’s stuff is intense and overwhelming for most batters in the MLB. Keep an eye on him as a setup guy in the Red Sox 2021 season. The good news for the Red Sox is that they are a few pieces away. The bad news is that they do not have those pieces right now in 2021.

Boston will not finish in last place in 2021 like they did in 2020. However, this team is still not ready to contend for a title. When Chris Sale returns to the team in the summer, their playoff dreams will already have been crushed.

MORE FROM BASEBALL SPOTLIGHT: If you enjoyed our Red Sox 2021 season preview, be sure and check out all of our MLB team and division previews before the 2021 season’s first pitch is thrown!

The Aaron Judge Case – The Legend of 99

Aaron Judge has had a career year, and deserves his MVP honors. Tommy Burch takes a look at the season and sees why he deserves those honors.
[…]

What Are The New York Mets Needs Heading Into Trade Deadline?

The New York Mets have overcome adversity to lead the NL East near the midway point of the season. For the Mets to keep up their pace of around 100 wins, they need to bolster their roster before the Majors trade deadline.
[…]