There has not been a team in Major League Baseball over the past two seasons that has faced more adversity than the Toronto Blue Jays. Due to Canada’s strict travel policies, the Blue Jays have been unable to play in the Rogers Centre since 2019.

The team split time between Florida at their Spring Training home in Dunedin and Buffalo, New York in 2020. It was recently announced that Toronto would be returning to Buffalo for the next portion of their 2021 season.

It’s a shame that the team cannot play in Toronto, but the Florida Blue Jays and soon-to-be Buffalo Blue Jays have been on a roll in 2021. By the time this franchise returns to the Rogers Centre, they will be a force in MLB because of the young core of stars on the roster.

Sahlen Field is the new home for the team. Toronto played their home games at the site in 2020 for the shortened slate. It’s the site of the organization’s Triple-A club, the Buffalo Bisons. Ownership wants to return to Toronto as soon as possible, but this may be 2022.

The Blue Jays are not moving north to Buffalo until June 1st because of a massive reconstruction effort of the complex. When Toronto takes the field at Sahlen, there will only be four months left in the regular season.

Even though Sahlen Field is a Triple-A venue, there is a difference between the stadium and a Major League ballpark. The field needed an upgrade for the players. Also, the site will host fans, unlike the big-league games last season, so this was a second reason for construction.

The Blue Jays and the Bisons agreed to a jointly funded renovation effort. This will not benefit the Bisons until 2022, most likely, but the upgrades have brought the ballpark up to big-league standards.

The bullpens have now been moved to behind the outfield walls. Last season, pitchers sat in the stands, and when a call was made, the reliever had to warm up down the line.

There were new batting cages built in the outfield as well. The cages are not in the clubhouse like at MLB stadiums, but it’s much better than last season. The outfield grass was resodded this spring.

The Blue Jays repaired the grass in the infield in 2020, so this was the final touch for the stadium. This addition and additional LED lights will make outfielders very happy when they are handling big-league pop-ups.

Both clubhouses were upgraded to include luxury amenities and new weight room facilities. The Buffalo Blue Jays will be living in style at the Triple-A park.

The Blue Jays have been packing TD Ballpark to the allowed capacity. They should receive the same crowd support in Buffalo, even though Canadian fans will still not attend the games. Toronto will offer 24% capacity at the stadium, which equates to 3,984 fans.

If the Blue Jays can hold on for another month until they get to Buffalo, they will be in good shape in the American League East. Toronto is 16-14 on the season and two games back in the division. 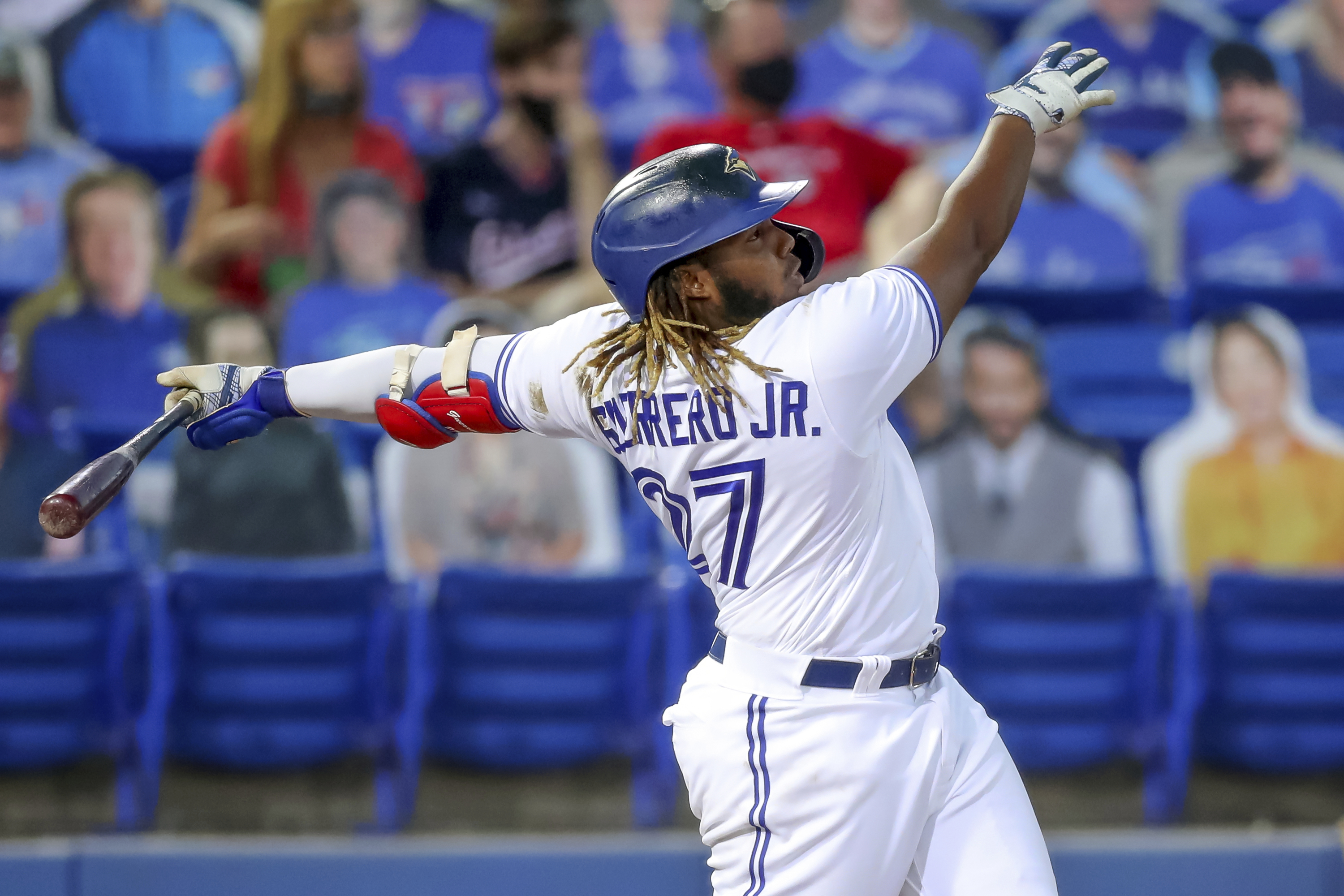 In the team’s past two series against Atlanta and Oakland, they took five of seven games from their opponents. The Blue Jays have been slightly above average on the mound and at the plate, which has equated to a great start.

Toronto is 8th in combined ERA with a 3.56. However, they are 18th in batting average allowed, but they have been able to get critical strikeouts in significant moments of games. Hyun Jin Ryu and Robbie Ray have led the charge on the bump.

The Blue Jays are starting to heat up at the plate. Every player has taken their turn leading the offense, but Vladimir Guerrero Jr. has been the main impetus for the team’s success at the plate.

Guerrero Jr.’s slash line is .330/.465/.592 with seven home runs and 22 RBIs. The lineup is loaded with stars, so it has been a team effort to become a top-ten offense. However, Guerrero Jr. always seems to get the big hit when his club needs a spark.

Kevin Gausman Is Having A Strange Year

When a pitcher leads the league in FIP and home runs given up you would expect them to have a career year. His other stats and overall production aren’t quite there though, which makes for one of the strangest pitching years ever. […]

If you just look at the box score from Friday night’s Dodgers vs. Rockies game, you will not get the full story on how well Trevor Bauer did in his first official appearance in Dodger […]

In our Baseball Spotlight Detroit Tigers 2021 season preview, we take a look at everything from last season to projections for the 2021 season. Let’s get started! The Detroit Tigers are projected to finish in […]