When the Twins took the field on Wednesday for the final game of their series against the Indians, it was do-or-die time. This may sound crazy because we are not even through one month of the Major League Baseball season, but the Twins desperately needed a victory.

They were scheduled to face Logan Allen, who has been terrible, in 2021. Minnesota has made average pitching look spectacular, but this was not the case today. Allen lasted 1.1 innings and gave up six earned runs as the Twins offense exploded.

Minnesota can hit the baseball, and this was apparent all afternoon in Cleveland. Wednesday’s win snaps the Twins four-game losing streak, and it’s the first time they have scored over four runs since April 11.

This may be an unwarranted reaction because of Minnesota’s play as of late, but I believe the Twins are back and will begin the climb towards the top of the American League Central.

Minnesota started the season in a dominant fashion. The Twins won five of their first seven games, including two of three against Milwaukee. However, they could not carry any momentum out of the first week, and they began a severe slide.

Minnesota proceeded to win two of their next 15 games before Wednesday’s victory.

When you look at the stat sheet, it’s no surprise that Minnesota lost nearly every game they played after the first week of the season. The offense has been unable to convert with timely hits, and the pitching has been disgraceful.

The team’s ERA is 4.35, which is 20th in baseball, and opponents have a batting average of .241. The one thing to note is that the Twins have not garnered a single quality start all year.

A quality start is when a starting pitcher goes six innings and allows three runs or less. Quality starts are fading away in baseball because pitchers rarely go six innings, but it’s hard to win without a single quality start.

No quality starts indicate that something is wrong in the rotation, and the bullpen cannot be expected to bail out the rotation every night. Offensively, the Twins have struggled.

Minnesota has put the ball in play, but they have struggled with runners in scoring position. The Twins have scored 92 runs without Wednesday’s victory, which ranks them in the last third of baseball.

A Major League Baseball season is not a sprint or even a marathon. It’s a war of attrition.

No judgments can be made after one game. Although, the Twins looked like a different club on Wednesday afternoon. 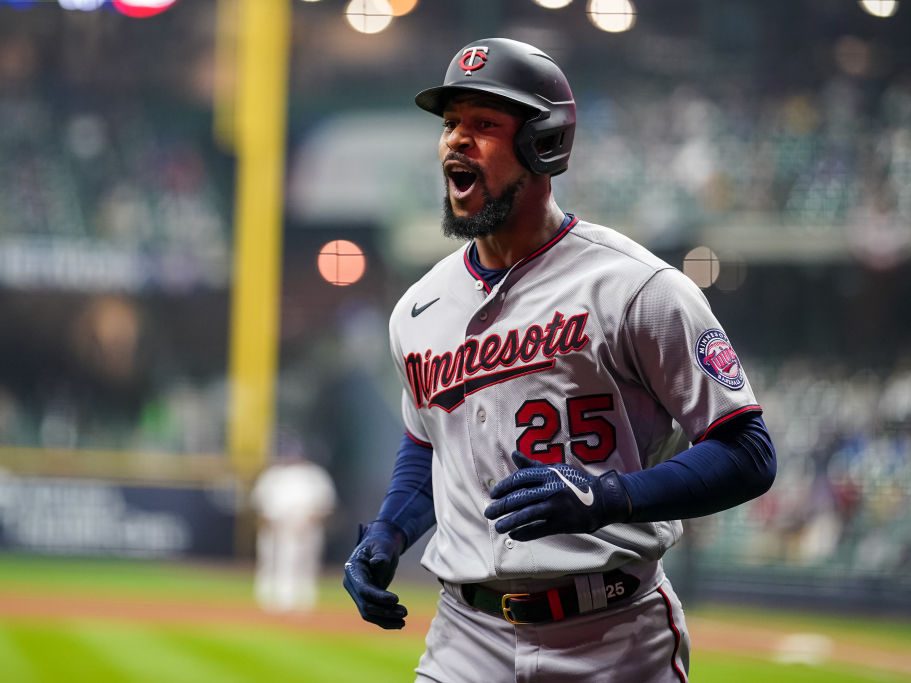 Byron Buxton was five for five, and he hit for the cycle. The center fielder has been great this year, slashing .438/.471/.938, so his dominance at the plate on Wednesday was not surprising.

Josh Donaldson and Nelson Cruz continued to hit as well. Donaldson went yard, and Cruz was two for four with a pair of RBIs.

The special part about the Twins offensive performance was the production at the bottom of the lineup. Jorge Polanco, who has been sliding, had a homer and scored two runs. Polanco has been batting .193 in 2021, so this was a positive sign.

Mitch Garver, the Twins catcher, was seeing beach balls at the plate. He had two bombs today, which should excite the team. Willians Astudillo also hit a bomb in the seven-hole, so everything went right for the Twins on Wednesday.

Are the Twins Back?

This offensive showing will be hard to duplicate for Minnesota, but it was an outstanding performance to build on and continue racking up wins. The Twins have a day off on Thursday before hosting Kansas City this weekend.

Friday’s contest will tell us a lot about Minnesota, but I think they are on an upward trajectory with the momentum from Wednesday that will not stall.

2021 Home Run Derby by the Numbers

Following Monday’s Home Run Derby, Pete Alonso is still the reigning, defending, undisputed champion of baseball’s most exciting night of the year. Alonso bested Trey Mancini in the final round to earn the title for […]