Kershaw will make his ninth Opening Day start at Coors Field on April 1, 2021. Kershaw already holds the record for Dodgers Opening Day starts as a pitcher, and now he is just padding his legacy in Los Angeles.

Still on the Hill

Clayton Kershaw made his MLB debut at the age of 20 in 2008. It took Kershaw three years to settle in before he started cementing his legacy in Dodger Blue.

Kershaw would go onto making the All-Star team for the next six years. In. addition to this significant accomplishment, he collected two more Cy Young Awards, and he won the National League MVP trophy in 2014, a year where he posted a 1.77 ERA over 198 innings.

Kershaw has been fantastic, and there is no denying this fact throughout his 13-year career. The most intriguing thing about Kershaw is that he is not finished.

Every year, critics think Kershaw is done, but every year, he continues to take the hill for the Dodgers.

The Past Two Seasons

Clayton Kershaw has not taken the hill on Opening Day in the past two seasons because of injuries leading up to the season. In 2019, he started the year on the Injured List, which gave Hyun Jin-Ryu the start.

Last season, Kershaw had been given the nod before the league shut down because of COVID-19. When the team’s returned to Summer Camp, Kershaw tweaked his back and was forced to watch from the stands on Opening Day as a member of the Injured List.

The promising youngster, Dustin May, was awarded the start after Kershaw was ruled out. If Kershaw stays healthy in the next two weeks, he will be taking the hill in Denver to battle the Colorado Rockies.

The Los Angeles Dodgers could have the best rotation in baseball with Clayton Kershaw, Walker Buehler, and the reigning Cy Young winner Trevor Bauer. Buehler is the future of Los Angeles’ rotation, so many people believed that the “Changing of the Guard” was going to occur this season. 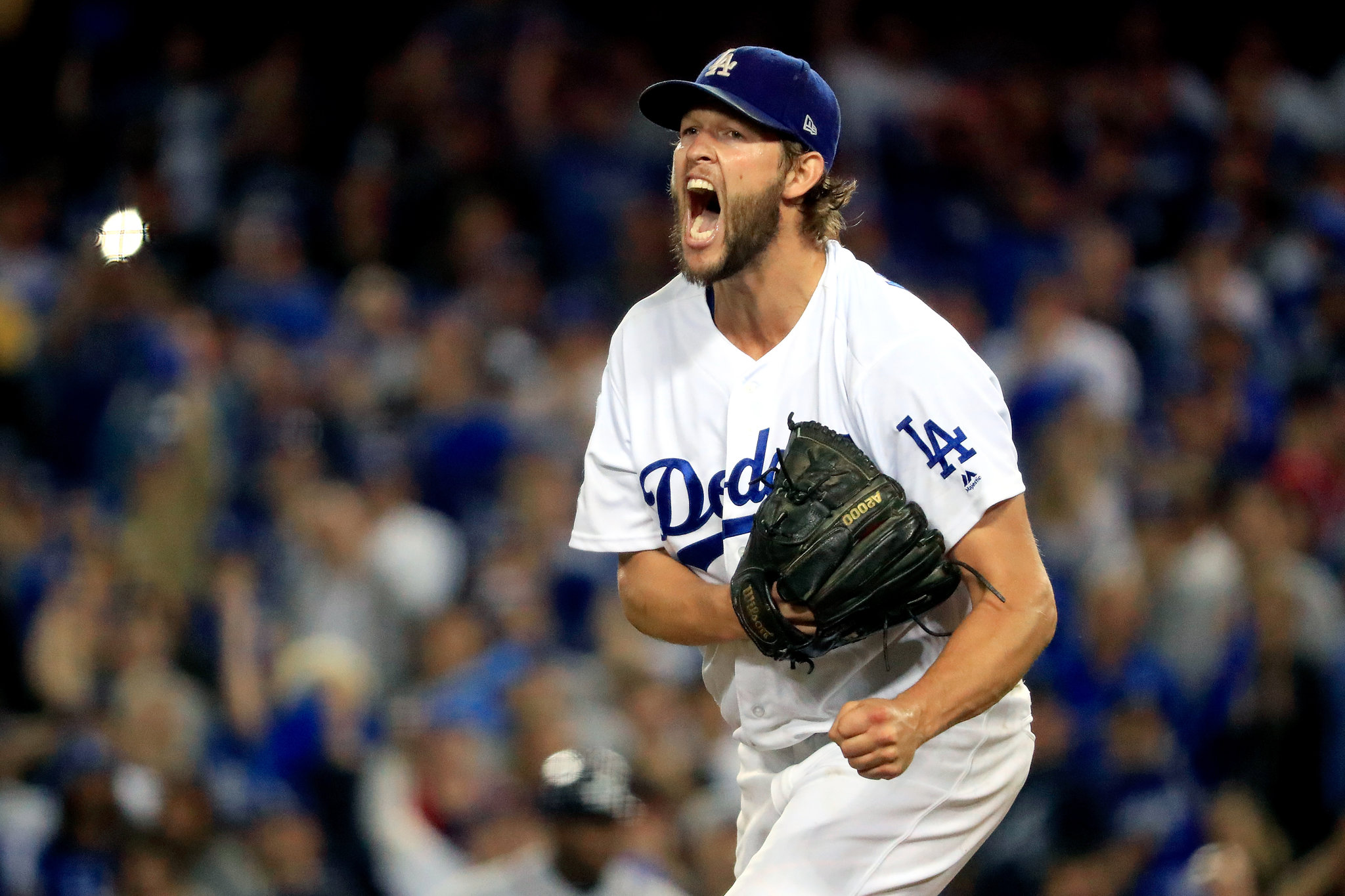 This year’s start was not given to Kershaw. It was earned. After naming Kershaw as the Opening Day starter, Dave Roberts said,

“I just feel that he’s earned it. He’s the right guy for the spot for 2021. For every reason, I just think it makes the most sense.”

Clayton Kershaw was honored by his skipper’s announcement on Sunday, where he found out he would be given the ball on Opening Day. The three-time Cy Young winner said,

“It is just one game of 162, but it’s a special thing. Just with the guys that have done it in the past with the Dodgers, and just the history behind it and what it means. Starting the baseball season and getting to be a part of that, and I’m just very excited for April 1, and hopefully it’s not in a blizzard”

In Clayton Kershaw’s eight Opening Day starts, he has posted a 5-1 record. He has given up six earned runs and struck out 59 batters. That’s the definition of dominance.

The Los Angeles Dodgers will open up their quest to win back-to-back World Series on April 1st at Colorado. They will play their home opener eight days later, on April 9th against the Washington Nationals.

The money is being pushed to the center of the table as the 2021 MLB Playoffs are less than two months away, and teams are clamoring for one of the five spots available in each league. […]

The 2022 MLB trade deadline is about two months away and here are a few names that could be on the move.
[…]

The Houston Astros will need three big things to happen for them to win the World Series this season. Read this article to see what Mitch believes these reasons to be and why. […]