In our Baseball Spotlight Colorado Rockies 2021 season preview, we take a look at everything from last season to projections for the 2021 season. Let’s get started!

Colorado is one trade away from beginning a long rebuilding process in the National League West. Once Trevor Story is traded at the deadline or offered a nice contract in free agency after the season, the Rockies’ stars will be nonexistent.

Nolan Arenado was traded away in the offseason to the St. Louis Cardinals because he wanted to play for a contender. The Rockies have never won the National League West, and they are the favorites to finish in last place in 2021.

Sorry Rockies fans, I did not feel the need to sugarcoat the lack of talent in Denver this season…

The Rockies have a bright future once they begin their rebuilding process. The rotation is young, and the majority of pitchers on the staff have very high ceilings. However, injuries will not help the Rockies early in 2021.

As much as Colorado fans will hate to see Trevor Story head elsewhere, it’s a necessary evil of the business. For the Rockies to get better, they need to cultivate their farm system.

Sending Story away at the trade deadline could jumpstart the next great generation of Rockies baseball. NOW is the perfect time to start rebuilding because they have no chance of beating the Dodgers or Padres, so what are the Rockies waiting for?!

The key person to look at with the Rockies lineup is the one who will be leaving ASAP, Trevor Story. Story is one of the best shortstops in baseball because of his ability to shine at the plate and make spectacular plays in the field. 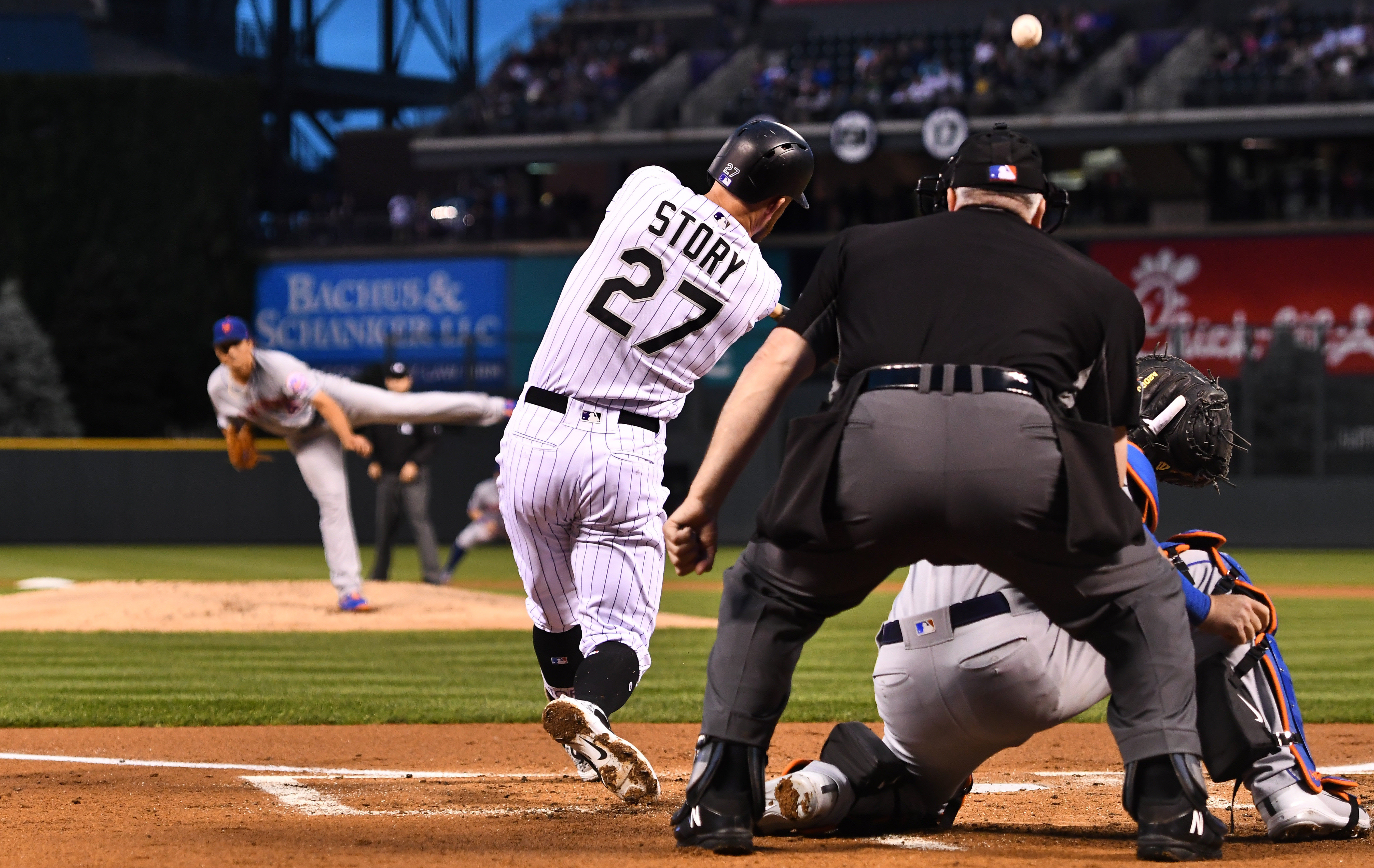 Story has collected two Silver Sluggers and made two All-Star squads in his five years of service time. He is a career .280 hitter who is averaging 36 bombs per season. The shortstop has garnered a lot of success in Colorado, but please make no mistake. He is planning his escape route as we speak.

A player that has been inconsistent but powerful during his time in the big leagues is C.J. Cron. Cron is a career .257 hitter, but he hit a combined 55 home runs in 2018 and 2019.

Colorado is a new home for the first baseman, so hopefully, he can settle in and produce. Colorado’s future over the next few seasons will be built around Ryan McMahon.

McMahon will be a free agent in 2024, but I think he will be in Colorado past this date. McMahon’s numbers do not jump off the stat sheet, but he is only 26 years old. 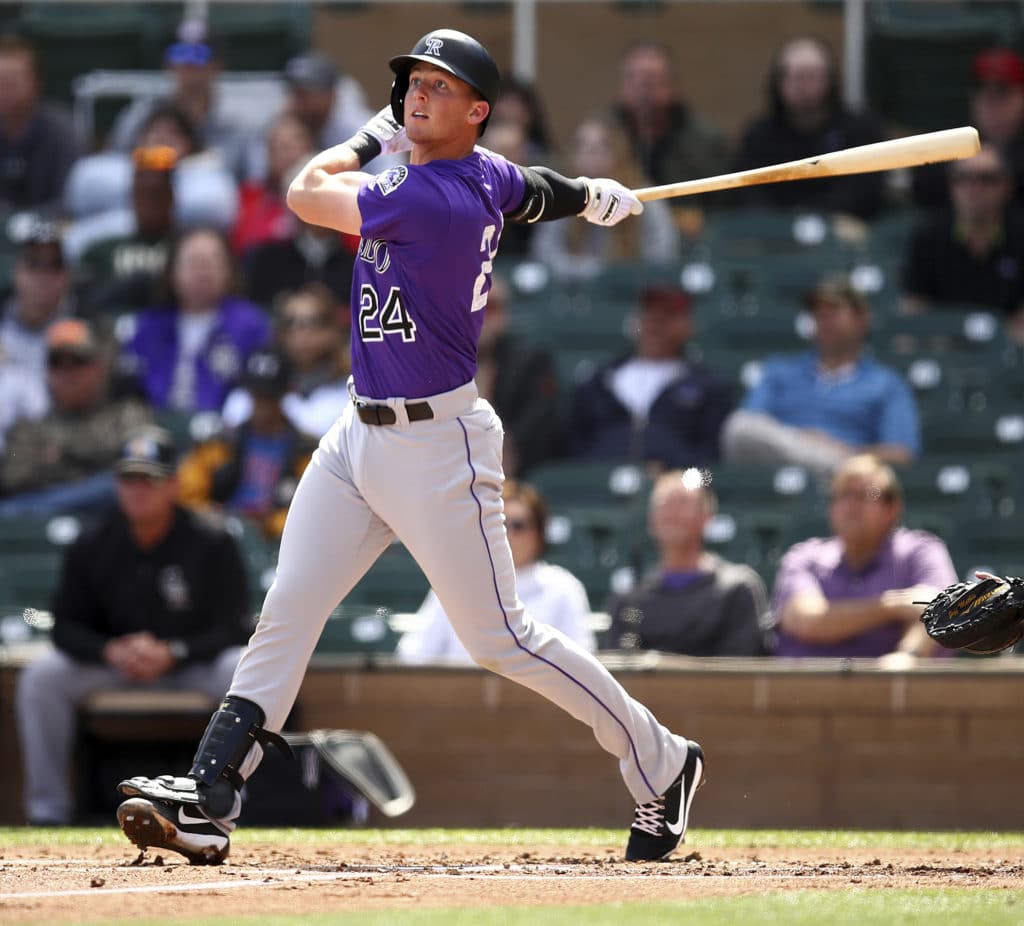 2021 will be McMahon’s second full big-league season, not including last year’s 60 game slate. I think this is the year that McMahon steps up and becomes the player that Colorado hoped he would be when they selected him in the 2nd round in 2013.

McMahon hit 24 bombs in 2019, so the big stick has been seen, but he must dial in his consistency.

Colorado’s starting rotation is young, but they still lack a true ace. My definition of an ace is a player who can throw close to 200 innings and rack up around 200 strikeouts consistently.

There are wings who could take on the ace role in the coming seasons. A pitcher who has this potential is German Marquez, Colorado’s Opening Day starter. He has hit the 200 innings, 200 strikeouts milestone once in his career. 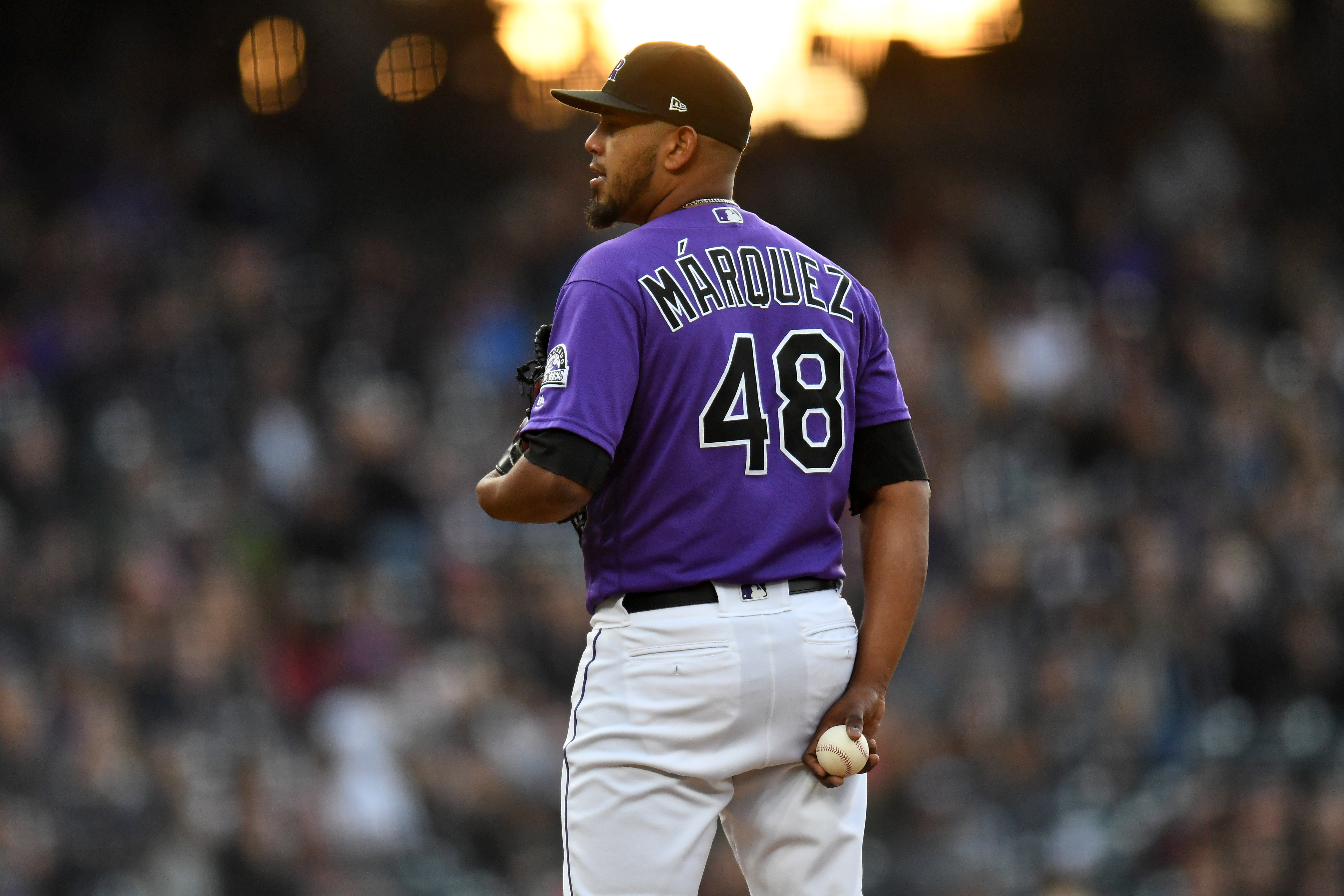 Marquez finished fifth in the Rookie of the Year voting in 2017 when he put up these numbers. He led the league in innings last season with 81, so look for him to have a massive season.

He will probably have more losses than wins, but this will be due to Colorado’s lack of offensive weapons. If Story goes at the deadline, it’s almost guaranteed that Marquez will be under .500.

Kyle Freeland was going to get the ball on the second day of the season before he injured his shoulder. Freeland will miss at least the first month of the season and expect Colorado to be cautious with the young arm.

Freeland finished fourth in the Cy Young vote in 2018, but he has gotten worse the past two seasons. He was better in 2020 than 2019, but he is still trending in the wrong direction.

It’s disappointing to see Freeland hurt his shoulder in camp because this was going to be a breakout year potentially. This is still a possibility, but he will just have to battle some added adversity to get up to speed with the rest of the staff.

Marquez and Freeland give Colorado the best chance to win in 2021 on the hill. The bullpen was atrocious last season, and I do not see much improvement occurring this season.

Trade Trevor Story at the deadline and get some young talent. The Dodgers and Padres will own this division for the foreseeable future, but a rebuild is necessary to get close to their level.

MORE FROM BASEBALL SPOTLIGHT: If you enjoyed our Rockies 2021 season preview, be sure and check out all of our MLB team and division previews before the 2021 season’s first pitch is thrown!

The Padres Were the Most Exciting Team at the Trade Deadline, Will it Lead Them to the World Series?

The San Diego Padres made multiple key trades over the last week. Will it lead the franchise to a World Series title?
[…]

Who has made the move to the top and who has fallen down the board in this week’s MLB Power Rankings? Read below to see our 10 best teams in the MLB. […]