What a year of baseball it has been. Shohei Ohtani is doing things we have not seen since the Great Bambino himself. Vladimir Guerrero Jr and Bryce Harper are having extraordinary seasons and are making strong MVP cases. And the San Francisco Giants keep defeating the odds. With their win on Friday night, they are officially the first team to 100 victories on the season.

All season long the doubters have reigned supreme throughout baseball media. With the sport looking to shine the limelight on stars such as Fernando Tatis JR and Mookie Betts, most people expected a two-horse race in the National League West between the Dodgers and Padres. But that team up in San Francisco had other ideas.

The Giants had a nice start to the season. Starting pitcher Kevin Gausman was looking like a true ace, and the rest of the pitching staff was pitching well. Shortstop Brandon Crawford and catcher Buster Posey were in the midst of resurgent seasons en route to All-Star selections. However, the “experts” still predicted the Giants to fall out of first place by the All-Star break.

Yet, here we are in late September and the Giants are the best team in baseball and the first to 100 wins. Following the trade for Max Sherzer and Trea Turner, the Dodgers constructed arguably the best roster of all time. But the Giants did not care.

They made a high-profile move as well by acquiring Kris Bryant from the Cubs. Although the Dodgers roster looks better on paper, the Giants continue to lead the division. As for the Padres, they have really fallen off. They are currently on the outside looking in.

San Francisco has chemistry between the team. They have veterans who know how to win. This is a ball club that knows how to play together. 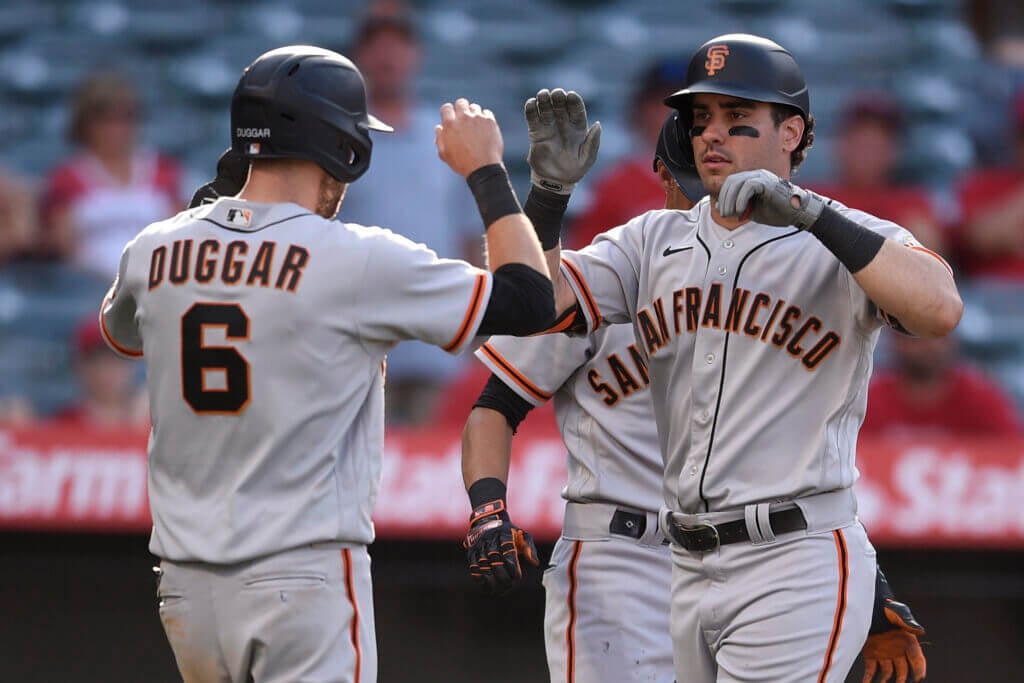 Final Week of the Season

This final week of the season will be pivotal for the Giants. They hold just a one-game lead over LA. Their schedule does not look incredibly difficult on paper, but they have to remain focused during this last week.

The Dodgers have a tougher schedule. After completing their weekend series in Arizona, they will head home to host the Padres and then the NL Central-leading Brewers.

It will truly be a dogfight over this next week. The Dodgers and Giants have been the two best teams in the game and both desperately want to avoid the one-game Wild Card. Expect both teams to do everything in their power to win during this final week.

We are in for a treat as the regular season comes to an end. The Giants have had an amazing season, and clinching the division would be the cherry on top. But the ultimate goal is to get to the World Series.

Sorry Baseball, the Dodgers and Padres Have Found Their Grooves

The trajectory of the 2021 season has changed. Fate is starting to turn into reality. The Dodgers and Padres have found their grooves. Dodgers and Padres: Recent Games Los Angeles made the interstate trip to […]