In our Baseball Spotlight Houston Astros 2021 season preview, we take a look at everything from last season to projections for the 2021 season. Let’s get started!

The American League Central does not include any of the best teams in baseball. This is an average division, but the three teams at the top will all contend for a title. Houston is projected to win the league.

The Astros 2017 World Series team has begun to dissipate, and Houston is still trying to move on from the sign-stealing scandal. I do not think people can forget these disgraceful actions, but the Astros are starting to resemble a new team with Dusty Baker leading the squad.

Houston finished second in the American League West last season, but they should reclaim the top spot in 2021. On paper, Houston is the best team in the division, but a lot can happen over 162 games.

The Astros are no longer the best team in baseball. Last year, the team finished two games below .500 in the shortened slate. Houston lost Justin Verlander to Tommy John surgery, and George Springer departed to Toronto to play outfield for the Blue Jays. 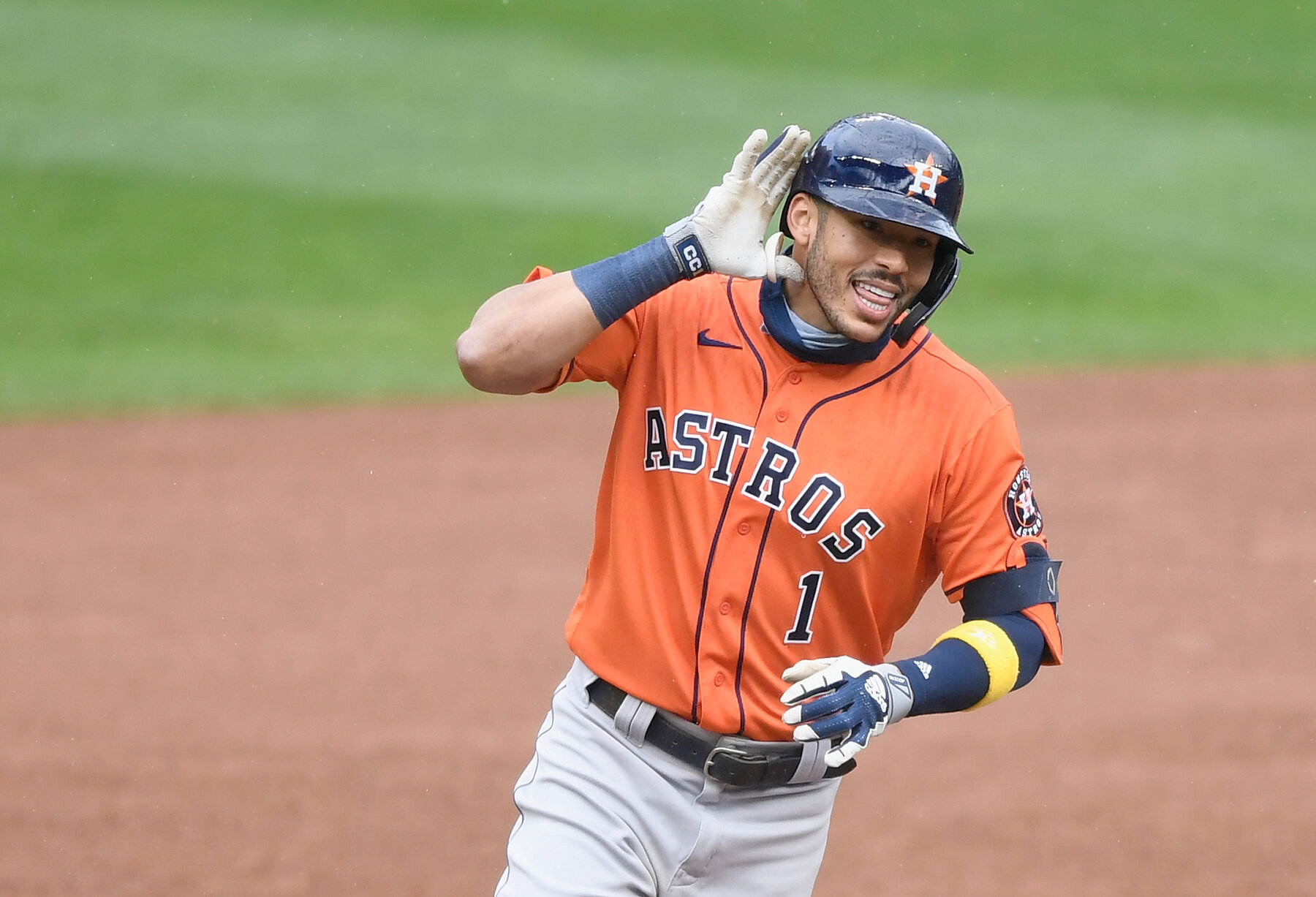 2021 will be Houston’s final year before they are nonexistent and forced to rebuild. Carlos Correa, Lance McCullers Jr., and Zack Greinke will all be free agents after the season. The young players in Houston are talented, but they will need to step up this year for the team to be a threat in the postseason.

This team’s core is talented, but it’s not what it was in 2017 and 2018. Plus, when you do not know what pitch is coming, it’s a lot tougher to hit the baseball. Sorry, I am not a fan of the Astros!

The Astros offense will be a strength in 2021. Some players on the roster are coming off down years, but this was common in last year’s shortened schedule all over the league. Jose Altuve will bat towards the top of the order.

Altuve slumped last season, batting .219 with an on-base percentage of .286. He only went yard five times, so he will need to be better in every statistical category. 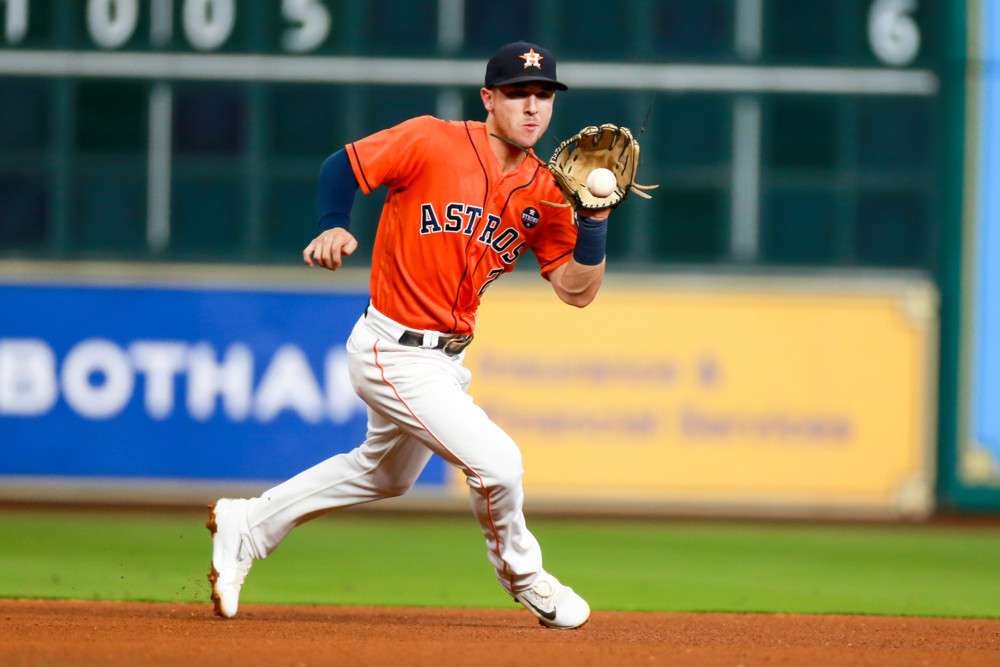 The best player on the team is Alex Bregman. He is one of those guys you love to hate, but I missed a dominant Bregman in 2021 when he only batted .242 with six bombs. In 2018 and 2019, Bregman made back-to-back All-Star appearances and won a Silver Slugger Award.

For the Astros to win, Bregman and Altuve will need to return to their 2018 form. Carlos Correa had a better regular season than Altuve and Bregman in 2021, but he still did not perform to his capability.

However, Correa came alive in the playoffs and almost led the team to the World Series. Correa will need to play as he did in the playoffs throughout the regular season. Houston has a lot of great hitters, but they need to mesh this season.

Last year, the stars on the team were sporadically good at best. The Astros will commandingly win the division if their lineup comes together. Next season, we might not be able to say the same thing, so Houston needs to win now.

The Astros pitching staff got better when they signed Jake Odorizzi to a two-year deal. The Astros inked Odorizzi because Framber Valdez broke his ring finger in the first week of exhibition games.

Odorizzi is a quality starter that brings depth to a rotation led by Zack Greinke and Lance McCullers Jr. The top end of the rotation with these three athletes is very strong.

Greinke is approaching his age 37 season, which is hard to believe because he is still a reliable wing after 17 big-league seasons. Greinke was an All-Star in 2019 when he posted an 18-5 record with a 2.93 ERA.

McCullers Jr. is the young star for Houston. The righty had a 3.93 ERA in 2020 and is a one-time All-Star in his young career. The biggest question with the Astros’ starting rotation involves the two youngsters at the bottom of the rotation.

Will Jose Uriquidy and Cristian Javier be able to put together quality starts to carry Houston to a division title?

These young pitchers showed promise in their limited 2020 action, but they will need to build off their good innings last season and take the next step.

The Athletics rotation is stronger than the Astros, but Houston has quality starters that can win games.

I expect closer Ryan Pressly to be towards the top of the American League in saves this season. Pressly is new to his role as a closer. He racked up 12 saves last season, but there were some issues with him in the late innings of games.

Pressly is a 2019 All-Star, so it’s known that he can be dominant. Now it just needs to translate to his relatively new role in Houston. I also really like Pedro Baez out of the bullpen for Houston. Baez was quietly dominant with the Dodgers over the past seven years, recording a 3.03 ERA. His addition will benefit Houston’s entire pitching staff.

Houston wins the division in the final week of the season. If the Astros lineup meshes, Oakland has no chance of claiming their second straight AL West title.

MORE FROM BASEBALL SPOTLIGHT: If you enjoyed our Astros 2021 season preview, be sure and check out all of our MLB team and division previews before the 2021 season’s first pitch is thrown!