In Major League Baseball, social media managers for teams typically tweet out a pitcher’s name followed by “day” when an ace is on the hill. An example of one that’s used frequently is #KershawDay.

If Kershaw is on the bump, you will see this hashtag plastered throughout Dodgers social media. However, this trend of tweeting a pitcher’s name and “day” was not started in Los Angeles. In fact, it was started in the Big Apple thanks to Matt Harvey.

#HarveyDay was the hashtag that started the trend. He does not receive credit for this movement because of his poor stats since leaving the Mets, but we would not have this hashtag style without Harvey. 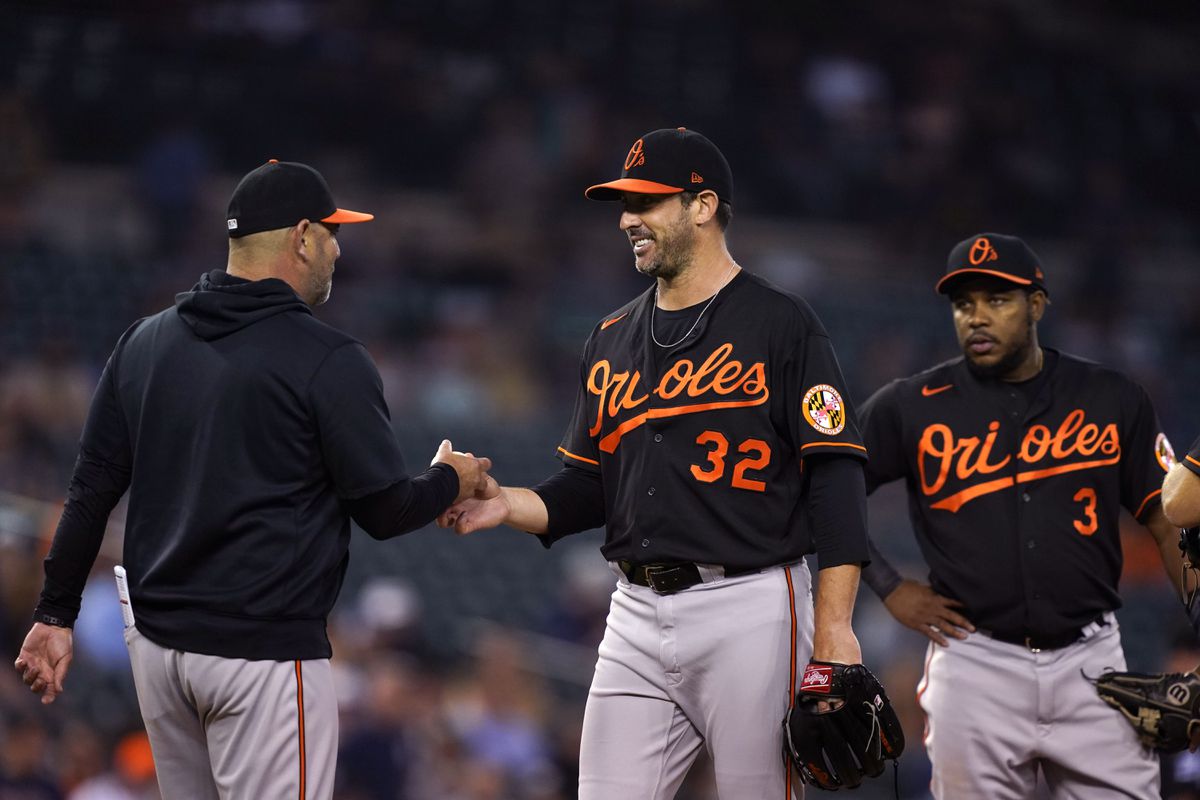 Harvey has fallen off the map, and there is no denying this fact, but the pitcher is starting to climb back to relevancy. He has manufactured three quality starts in his past three games without giving up a run.

The rise and the fall of the Dark Knight is a saga that has been told time and time again, so I am not going to do that in this article. Nevertheless, I do want to pose the question, if #HarveyDay is back.

Harvey has bounced around to multiple franchises since his Dark Knight reputation faded in New York. It’s scary that Harvey was the best pitcher on the same staff as Jacob deGrom and Noah Syndergaard in 2013.

Harvey has bounced around to four teams, including the O’s, since he departed the Big Apple. The wing has never garnered any momentum with other franchises besides New York.

Even though he has been elite in his past three starts, he has been horrendous during his time in Baltimore. Harvey is 6-10 with a 6.20 ERA in 94.1 innings for the Orioles.

Harvey was labeled as the “Over King” by sports bettors throughout the United States because he was known for giving up runs. When bettors took him to go over, they usually won.

In the past three games, a radical change has occurred with the pitcher, and it has challenged the over narrative. #HareyDay could be back in a less dominant form in Baltimore.

#HarveyDay Has a New Meaning

Harvey has shut down the Royals, Nationals, and Tigers in his past three starts. His combined stats from these games are 18.1 innings, ten hits, no runs, 11 strikeouts, and one walk.

The pitcher not allowing a run in this stretch has been sensational, considering his season ERA is pushing 6.00. The main difference that has been evident with Harvey is he is starting to outsmart batters. The strikeout ability and power on the bump are no longer there, but he can still pitch.

Harvey has effectively worked his fastball and off-speed pitches together to confuse batters. This has allowed his defense to do the work and kept teams off the scoreboard.

Before the All-Star Break, Harvey was 3-10 with a 7.70 ERA in 18 starts, but the tides are turning because of his new style.

After shutting down the Tigers, Harvey spoke about his style change.

“This is great, because it is tough to keep going out there and not getting any results. “I can’t throw 100 with a 93-mph slider anymore. I have to pitch backward and trust my stuff.”

Dark Knight Matt Harvey is over, but this does not mean that he can no longer pitch. The pitcher will start against the Yankees on Wednesday evening in the Bronx, so this will be his first test against a good offense since becoming dominant.

#HarveyDay is back with a different meaning in 2021.

Some people are meant for a big market such as New York, and others are destined to play in a city where people do not care about baseball. Matt Harvey, who seemed to be ordained […]