There is no denying that it must be fun being Rafael Devers. Devers is 24 years old, he is making $4.575 million, and he hits bombs. This sounds like a pretty good life.

Devers has been the hot bat for the Red Sox all season long, and this showed once again against Gerrit Cole and the New York Yankees on Saturday. Devers went deep twice in the game, giving the Red Sox a 6-2 win and the team’s ninth win in eleven tries this season.

Cole appeared like a threat early in Saturday night’s contest, but his pitch count was at 70 through three frames. It was apparent that the ace was not going deep into the game, but he was mowing down Boston’s lineup.

This narrative stopped being the case in the fifth inning when Devers stepped up to the dish against Cole. The 24-year-old’s two-run shot in the fifth gave Boston the lead, and they did not look back.

Devers’ first shot was an opposite-field bomb to the deepest part of left field over the Green Monster. This was a statement homer for the Red Sox, making it clear they are not afraid of Cole. However, the proclamations of dominance from the Sox did not stop for the remainder of the game.

In the seventh inning, Devers added another homer to his Player of the Game night. His seventh inning bomb was the 100th of his young career. Devers knew the dinger was yard as he watched it travel to the right of the 379 ft sign in center field.

After the game, Devers spoke to the media through his translator.

He said, “That’s the kind of games we need in order to continue to win ballgames to be where we want to be. Everybody contributed. Everybody has a role, and they completed it.”

This win was a team effort for the Red Sox, but Devers was front and center.

Aaron Boone credited Boston’s lineup after they delivered a loss to the right arm of Gerrit Cole. At this point, there is nothing that Boone can say because the Yankees are the biggest bust of 2021.

“They did make him work. That’s the one thing they did. They had some long at-bats against him. … Even though they weren’t able to break through on him, they were able to ding him.”

If New York cannot win with Cole on the hill, they are in trouble in the Wild Card race.

Devers made his debut at 20 years old in 2017. He quickly burst onto the scene as a household name in the city. In 2019, he led the American League in doubles with 54 and total bases at 359. 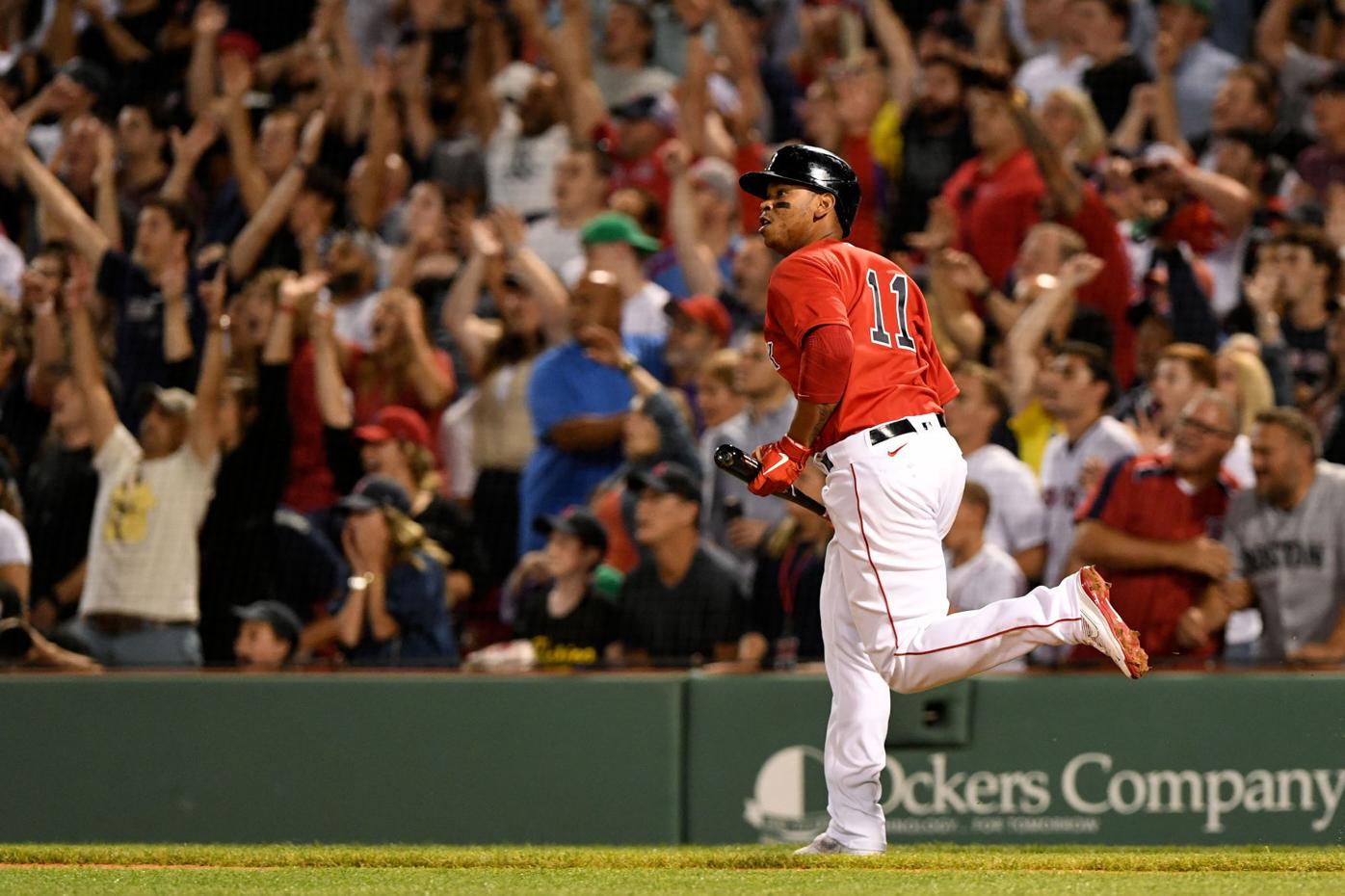 Devers is starting to come into his own in 2021, being selected to his first All-Star Game. He is leading the league in RBIs with 79, and he has hit 26 bombs. The Red Sox star is slashing .281/.357/.582, and the third baseman has shown no signs of slowing down.

The American League should take notice because the Red Sox are not pretenders.