Post All-Star break dominance is a great way to describe Juan Soto’s performance since the Midsummer Classic. The young star has been sensational, blasting five home runs in five games since the beginning of the second half.

His fifth home run of this stretch came on Monday night against the Marlins when Washington defeated Miami by a margin of 18-1. This was an unexpected power surge for the Nationals, but it would not have happened without the outfielder. 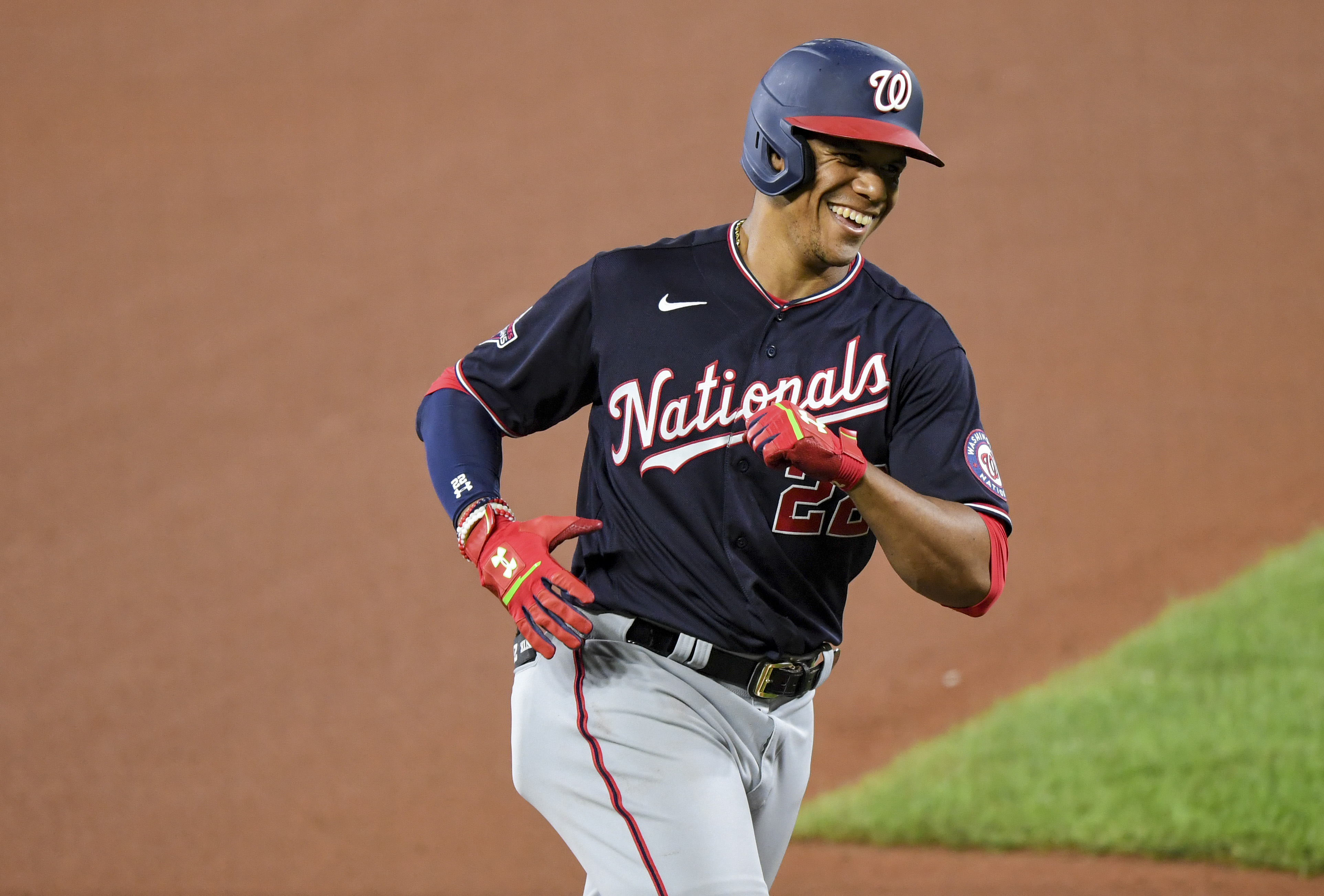 According to ESPN, Soto is the first player in MLB history to blast five bombs and record ten hits in the first four games following the All-Star break. It appears like Soto is going to continue smashing records after his 3 for 4 outing on Monday, where he added a double and five RBIs to his homer.

The Home Run Derby is the epitome of power-hitting in baseball. Eight athletes compete to see who can hit the most bombs. Soto did not win the competition, but he proved that he is a generational player.

Soto was viewed as one of the best up and coming stars in the game, along with Fernando Tatis Jr. and Ronald Acuna Jr. Nevertheless, these players’ clout in MLB has faded in 2021 because of two-way star Shohei Ohtani. 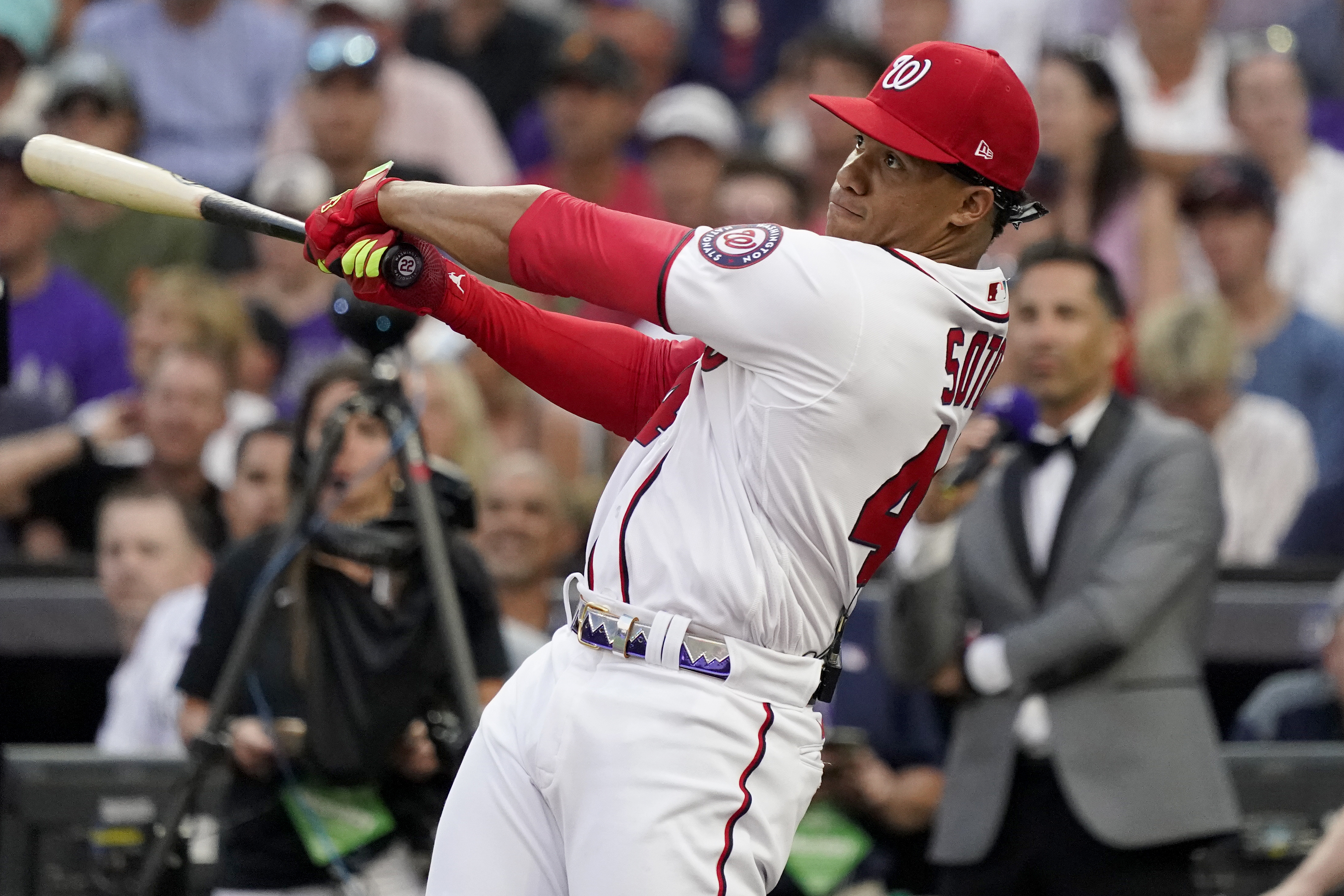 Ohtani’s ability to throw 100 mph fastballs and lead the league in home runs has stolen the attention of the baseball world. The Angel was favored heading into the Home Run Derby, but Soto sent him packing in the first round.

His ability to elevate the baseball throughout the first round was impressive. Soto was exhausted after eliminating Ohtani, but it appears like this victory gave him the confidence to begin the second half.

Soto is seeing beach balls at the dish, and it will likely continue.

Soto played well in 2019 and 2020 as a 19 and 20-year-old, but he burst onto the scene in 2020. He earned the batting title and won the Silver Slugger award during the shortened slate. 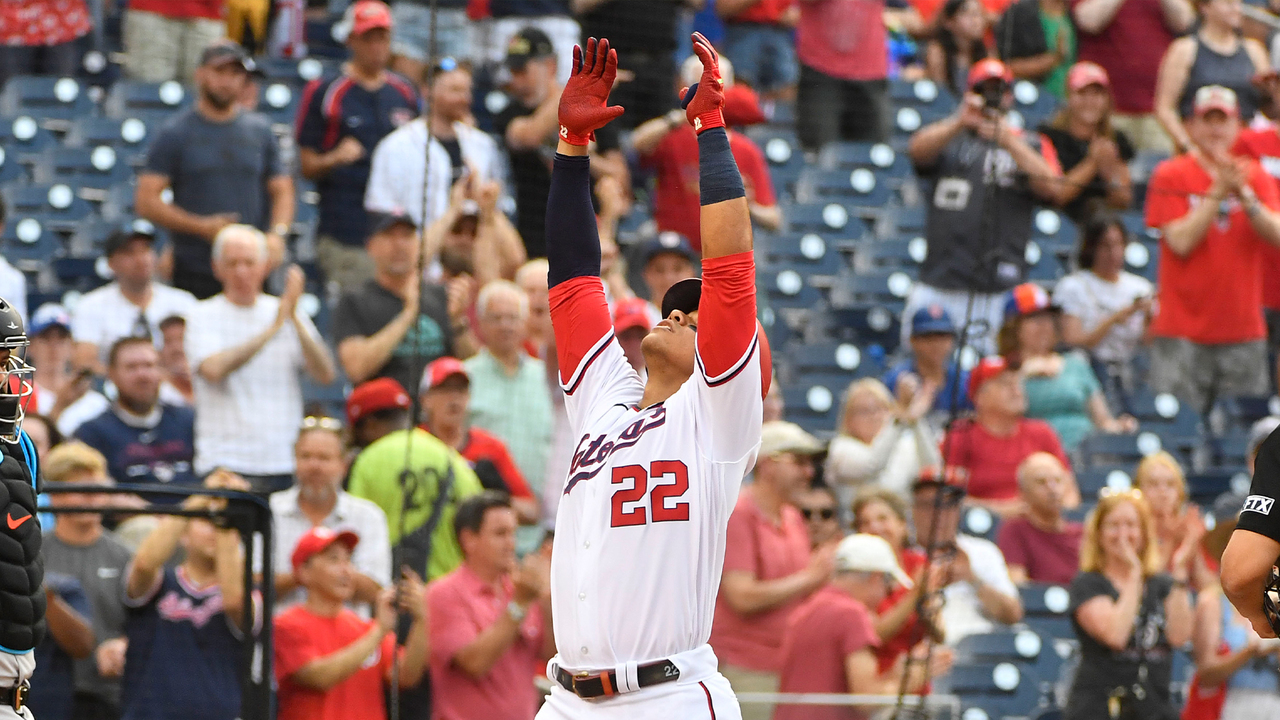 Soto has garnered similar success throughout the 2021 season, and it landed him in his first All-Star Game. He is leading the league in walks with 61 and OBP at .420. He is batting .301 with 16 HR and 53 RBI. If he continues his current success at the dish, he should have a 25 HR/100 RBI season.

His power numbers have been down this season, but the Home Run Derby may have been what the All-Star needed to breakout.

The hot streak should help the team improve their losing ways. The Nationals are currently six games behind in the wide-open National League East. It will not be easy to catch the Mets, who are leasing the division. Nevertheless, it’s possible if Soto’s momentum can spread to the other hitters throughout the lineup.