In our Baseball Spotlight Kansas City Royals 2021 season preview, we take a look at everything from last season to projections for the 2021 season. Let’s get started!

The Kansas City Royals are rebuilding, but they are fun to watch. I have seen the Royals play multiple times during Spring Training. Kansas City needs to continue developing its farm system and add a few big-name additions to compete in the American League Central with the White Sox, Twins, and Indians.

However, take advantage of every chance that you get to watch the Royals 2021 season. This team is going to get better every week behind Whit Merrifield and Andrew Benintendi. The Royals are still a few years away from division stardom. The caliber of this team has me believing that they will finish in fourth place.

Royals fans should be excited about the future. On paper, this team has the foundation to be a force in the American League Central if some of the young players progress as expected. The Royals made some improvements in the offseason to improve their lineup, which will benefit the squad.

However, I still do not know if the Royals are trying to win now or down the road. The improvements that Kansas City made in the offseason are beneficial, but it’s not enough to win the American League Central.

The Royals need to decide if they are still rebuilding or trying to win. I believe the 2021 season will determine the direction of the franchise for the next three to five years. Records matter in the MLB, but the Royals will be fun to watch over 162 games no matter what level of success they attain in 2021.

Before getting into Kansas City’s new offensive additions, I need to discuss Salvador Perez. Perez is the best catcher in baseball, and it’s not even close. Perez is a six-time All-Star, a five-time Golden Glove, and a three-time Silver Slugger.

Perez is heading into the final year of his deal, and it would be in Kansas City’s best interest to lock the catcher up long term. When you look at Perez’s career accolades, it’s hard to imagine that he is only 30 years old.

Perez is just starting to get into the middle of his prime years, and I cannot wait to see what he does this season. Perez only played in 33 games last season because of an eye injury, but he hit .333 with 11 home runs over these contests.

The additions that Kansas City made in 2021 should help protect Perez. The Royals added Michael Taylor, Andrew Benintendi, and Carlos Santana, which will add runs to the scoreboard. None of these athletes are phenomenal, but they are solid hitters and fielders. 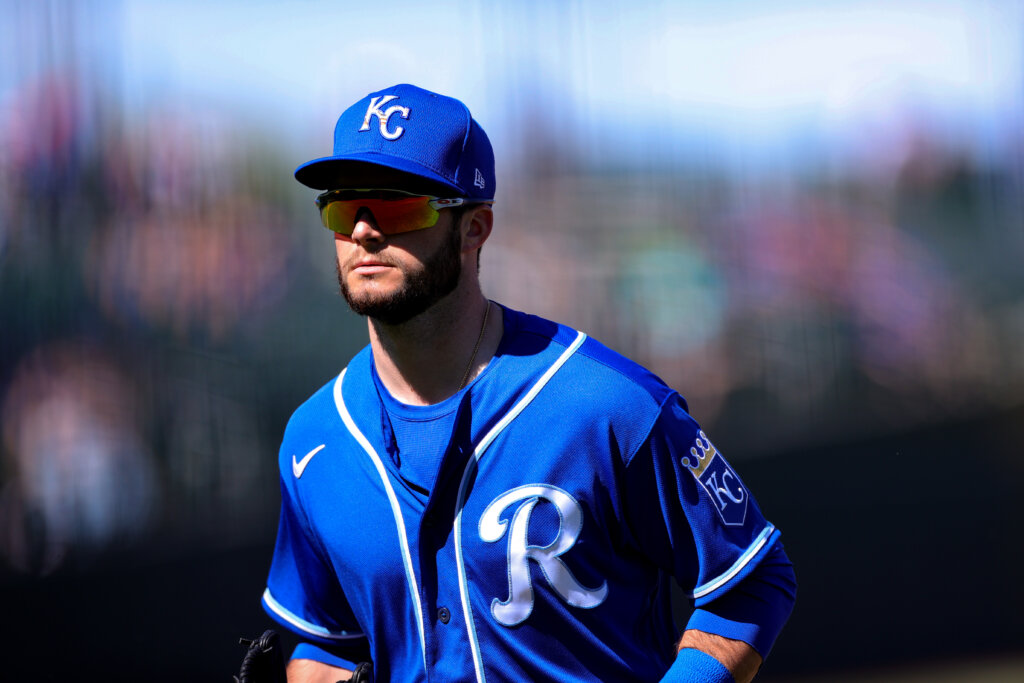 Whit Merrifield will bat leadoff for the Royals once again in 2021. Merrifield, a 2019 All-Star, is quickly becoming the face of Kansas City baseball. Merrifield and Benintendi will steal a lot of hits in the outfield.

Merrifield is a player who can do it all on the field. If an injury occurs anywhere on the diamond, Merrifield will fill the void in an above-average way. If Kansas City shows promise this season, I hope the front office goes out and gets the final missing pieces to win their first World Series since 2015.

Except for a few spots, the Royals have a lineup that can consistently win. The same cannot be said about the pitching staff. The Royals starting rotation is the worst in baseball, and the bullpen is not good enough to dig them out of their inevitable holes.

Danny Duffy will get the ball on Opening Day, which is preposterous. Duffy is a Kansas City staple, but he should not be headlining the rotation. He has spent his whole average career with the Royals, and there is not much to say about the 32-year-old.

Last season, he was 4-4 with a 0.3 WAR. The only thing that’s evident with Duffy is that he should not be an Opening Day starter. It gets worse from Duffy with the starting rotation. Brad Keller is young, but he has not taken the next step in his career.

Keller is approaching year three, and he should not be a number two starter at this point. The Royals acquired Mike Minor in the offseason, but he was awful in 2020. Minor was an All-Star in 2019, but he is on his age 33 season.

Minor is a guy that fans should not be excited about with the other pitchers who were available in free agency. The Royals do not seem intent on getting a pitcher because of their farm system. The Royals have two top 30 pitching prospects in Daniel Lynch and Asa Lacy.

These two are not ready yet, and there is no plan to bring them to the show this season. This is fine, but if the Royals want to win now, they do not have a starting rotation to make it happen. The bats are going to have to carry Kansas City because the arms could be detrimental.

Relievers Scott Barlow, Josh Staumont, and Greg Holland will get a lot of work out of the bullpen in 2021 with Kansas City’s starting rotation.

The Royals 2021 season is going to be fun to watch because of the personalities on the roster. However, the starting rotation needs a lot of work before Kansas City returns to a championship-caliber team.

MORE FROM BASEBALL SPOTLIGHT: If you enjoyed our Royals 2021 season preview, be sure and check out all of our MLB team and division previews before the 2021 season’s first pitch is thrown!

What do the Toronto Blue Jays need?

The Toronto Blue Jays finished the season 4th in the A.L. East with a 91-71 record, and yes, that sounds insane, but that information is true. […]

Mets will go to this off-season with a lot of things to fix, but first they need a direction and that will be the primary thing under Steve Cohen’s new regime to watch this winter with a new PBO with Sandy Alderson leaving the role and the search of their fourth General Manager in four years; Brodie Van Wagenen(Fired), Jared Porter(SA scandal) and Zack Scott(DUI). […]

Another Day, Another 2021 No-Hitter Thanks to Corey Kluber

Baseball has another no-hitter in 2021, thanks to Corey Kluber. There have now been six no-hitters. We had two no-hitters in three days earlier this season. Now, thanks to Spencer Turnbull and Corey Kluber, we […]