Some people are meant for a big market such as New York, and others are destined to play in a city where people do not care about baseball. Matt Harvey, who seemed to be ordained for greatness at one point in his career, is now clinging to his final dream of playing in the big leagues.

Matt Harvey’s destruction is an exciting tale and a standard narrative amongst many athletes who rise to the professional ranks. Harvey is currently signed to a minor league deal with the Baltimore Orioles, and his chances of being with the O’s on Opening Day is dwindling after a rough spring debut.

It’s hard to believe, but Harvey was an All-Star in 2013 and destined for professional stardom, but the pitcher fell quicker than anyone could have expected.

Matt Harvey played three seasons at the University of North Carolina before the New York Mets drafted him in 2010. Harvey was the seventh pick in the 2010 MLB Draft, the same year that Bryce Harper, Manny Machado, Chris Sale, and Noah Syndergaard. When you look at the 2010 MLB Draft class, it’s easy to realize that Matt Harvey is not old. The guys that were picked alongside Harvey are in the prime of their careers as the faces of Major League Baseball.

Harvey took the hill for the Mets in 2012 after making his Minor League debut in 2011. Could Harvey’s rushed development be to blame for his inability to successfully pitch at this point in his career?

Maybe, but I do not think this is the case…

Harvey Toes a Big-League Rubber for the First Time

Matt Harvey debuted for the Mets on July 26, 2012, against the Arizona Diamondbacks. Harvey stole the show in his first outing, striking out 11 batters and even racking up two hits at the plate.

Harvey finished the season with a 2.73 ERA with 70 strikeouts in just under 60 innings of work. Following Harvey’s rookie season, scouts and the media believed that the sky was the limit for the Groton, Connecticut, native.

Harvey continued to accelerate rapidly in his first full big-league season. Harvey started the All-Star Game for the National League on his home rubber at Citi Field. At the end of the season, he finished third in the Cy Young Award voting. Harvey might have won the Cy Young if it was not for a tear of his ulnar collateral ligament. The All-Star was shut down to receive Tommy John surgery. He ended up missing the entire 2014 season.

The 2013 All-Star watched from the dugout throughout 2014, but he bounced back with a vengeance in 2015. Harvey’s ability to overcome adversity was another check in the box for his elite ability.

The Mets won the AL East behind the arms of Harvey, Jacob deGrom, and Noah Syndergaard. Harvey was not as dominant as he was in 2013, but his arm was still electric. Harvey was touching 96 mph with his fastball and had tremendous off-speed pitches in his arsenal.

Harvey had been the subject of contention amongst Mets fans in 2015 when his agent tried to make him skip the playoffs because of his workload off the UCL tear.

Harvey fell off the map after his first four starts of the season. His fastball lost some juice, and he had little command of the strike zone. By May, Harvey looked like a Minor League pitcher, and he was showing alarming character signs.

The pitcher did not show up for a night game before his scheduled start the next day, and it earned him a three-game suspension. Mets fans started to feel like Harvey was not all in, and this is the quickest way to have the New York market turn on you as an athlete. In June, Harvey went on the DL with a stress fracture to his scapula before returning to the mound in September. In the final month of the season, Harvey posted an 11.28 ERA in 22 1/3 innings of work. It was apparent that Harvey’s tenure in New York was coming to an end.

In 2018, Harvey made the switch to the bullpen after three horrible outings. In May, the Mets attempted to send him to the minors when he could not produce from the bullpen. One of the top pitchers in baseball from 2013 did not even have a spot on the big-league roster five years later.

Harvey refused the Mets’ demotion, and he was quickly traded to the Cincinnati Reds.

Harvey spent the remainder of 2018 with the Reds before signing a one-year deal worth $11 million with the Los Angeles Angels. Harvey was better with the Reds than the Mets, but he was still average at best.

New York fans continued to degrade Harvey after he disrespected the Mets’ organization, and he never seemed to shake the baggage from his first professional squad. 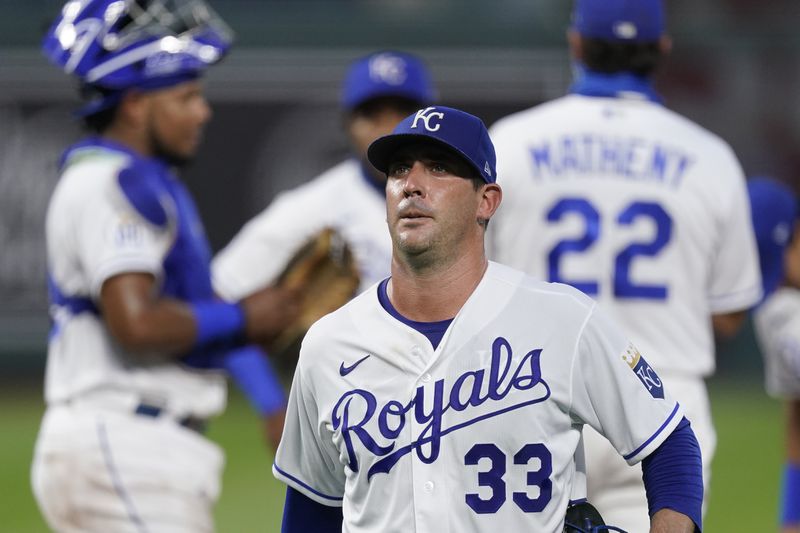 Things got even worse for Harvey in Kansas City. He made four starts going winless with an 11.57 ERA. He averaged 20.8 hits per nine innings which nearly doubled the previous worst number of his career. His wins above replacement for the year was -0.6, which means he only hurt the Royals during the year. I think it’s evident that Baltimore is Harvey’s final stop before he transitions to beer league softball. I am rooting for the former All-Star, but things do not look good thus far. He has not been able to recover since he departed New York.

Harvey has thrown two innings in 2021 Spring Training, and he has given up three runs on four hits. He has gained any strikeouts, and he has hit one batter.

Harvey will be pitching in Triple-A to start the year, and he will need to perform. If he does not live up to the Orioles’ expectations, his days of professional baseball are over.

Winners and Losers of the MLB Offseason

As the offseason is coming to an end, it is time to look back and see who won and lost in the free agent and trade markets this offseason. Read below to see where your team landed in the winners and losers. […]