Since joining the Dodgers at the trade deadline, Max Scherzer has been the best pitcher in baseball, and his domination has not waivered. On Sunday, Scherzer took the mound against the San Diego Padres and flirted with perfection. 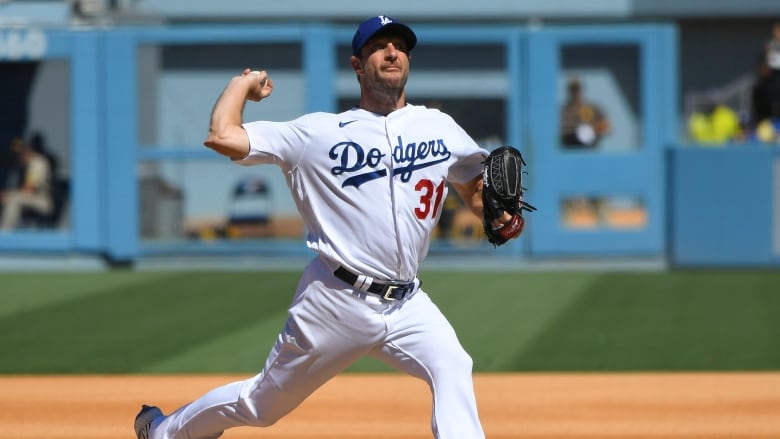 The Padres ruined this bid in the eighth, but Scherzer had the final laugh of the day, reaching 3,000 career strikeouts. The future Hall of Famer struck out nine batters over eight innings, only allowing one hit.

Max Scherzer retired the first 22 batters of the game before Eric Hosmer doubled to right field with one out in the eighth. He managed to get through the inning without allowing a run before leaving the field to a standing ovation.

Scherzer knew he was flirting with perfection, but it was not meant to be on Sunday. He found a way to maneuver Fernando Tatis Jr. before hanging a changeup to Hosmer.

Nevertheless, the day was still special for the pitcher, who reached 3,000 strikeouts in the fifth inning, fanning Hosmer. The ball was thrown to the dugout as the crowd rose to their feet and roared.

Scherzer’s wife, three children, and parents were all in attendance to watch the pitcher reach this epic milestone.

After the game, he said, “To me, this is a testament to durability. Making my 30-plus starts a year, year in and year out. All the hard work I’ve put in to be able to have this moment is what feels good.”

When asked about the immaculate inning and Scherzer’s domination, Mookie Betts had his reasoning ready.

“When he got one strikeout away, guys started swinging earlier because they didn’t want to be the 3,000th. I don’t blame them.”

Since Joining the Dodgers

Max Scherzer has terrorized opponents since joining the Dodgers at the trade deadline. There is no doubt Los Angeles will do what they can to keep him in the city moving forward.

Scherzer has thrown 29.2 innings with the Dodgers without allowing an earned run. He is 9-0 in eight starts with an 0.88 ERA, and he currently leads the MLB in overall ERA at 2.17.

Betts also commented on what it has been like watching Scherzer on the hill.

“It’s just kind of amazing to watch greatness. You really appreciate the best of the best when you get to see it every day.”

This success has helped propel the Dodgers to numerous victories. The team rolled the Padres on Sunday, putting up eight runs thanks to homers from Corey Seager, Betts, and Justin Turner.

Los Angeles is 2.5 games back in the division. If they cannot win the division, they will undoubtedly host the Wild Card game and face the Giants in the National League Division Series.

The Dodgers are rolling at the best possible time, and Max Scherzer’s domination has made them a serious contender to win back-to-back World Series championships.