The White Sox were beating the Twins by a score of 15-4 on Monday when Yermin Mercedes stepped into the box. The Twins chose to throw their catcher, Willians Astudillo, to save a relief pitcher from added work in the final inning.

Mercedes took the count to 3-0 before seeing a 47-mph lob at the top of the strike zone. Chicago’s best hitter took the pitch and sent it over the 411 ft. sign in center field. 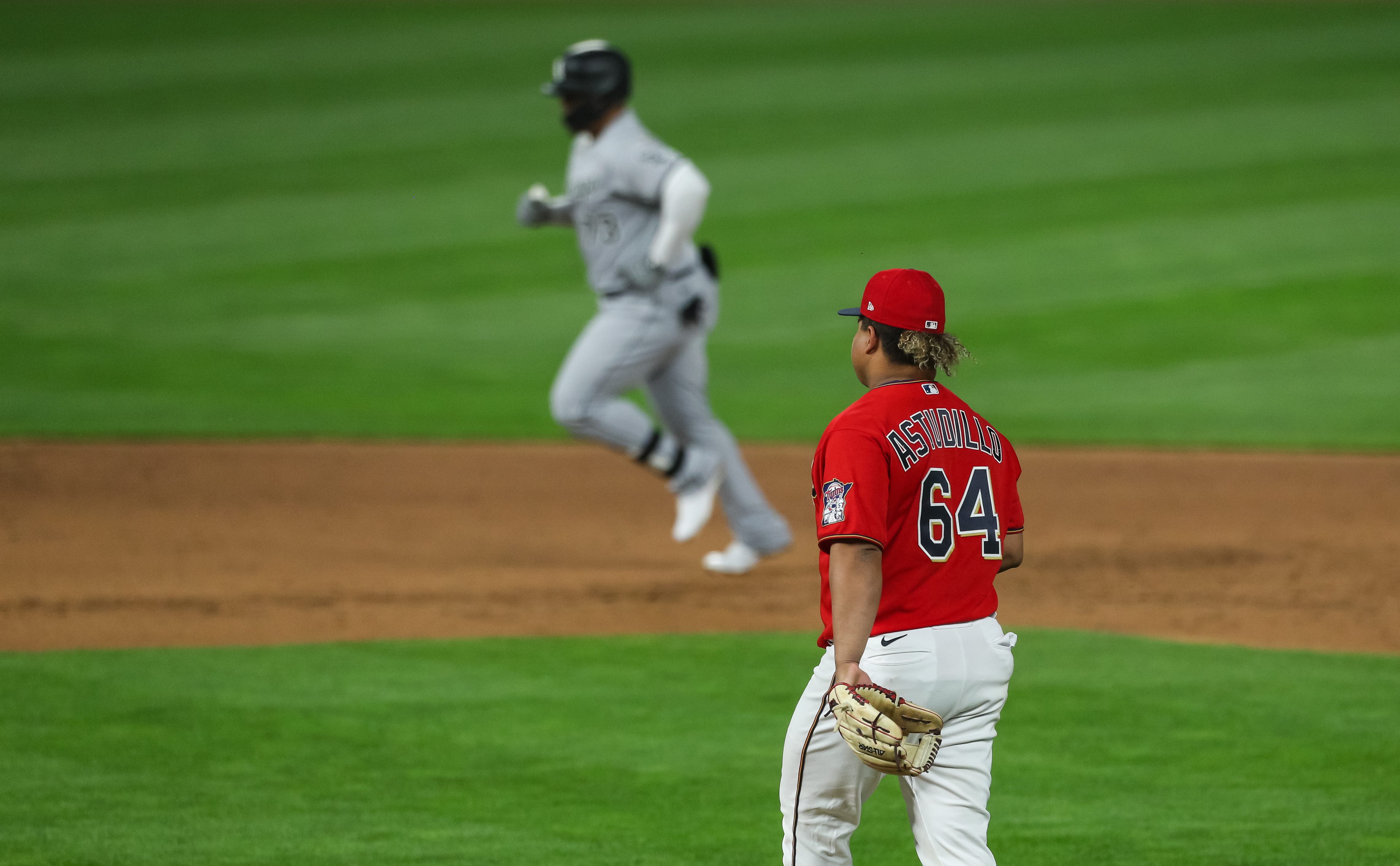 Twins’ nation and MLB old-timers did not like the 3-0 swing. However, Mercedes did not care about the old school of thought, claiming that he broke the game’s unwritten rules.

In the postgame press conference, Mercedes was asked about his decision to swing. He responded in the third person.

“I’m going to play like that. I’m Yermin. I can’t be another person because if I change it, everything is going to change. We’re just having fun. It’s baseball.”

The new school loved this, but this angered old-schoolers even more than an hour earlier in the top of the ninth innings.

MLB Culture War: The Night After

The Twins were not fond of Mercedes’ action, and relief pitcher Tyler Duffey threw at the catcher on Tuesday.

Twins pitcher Tyler Duffey ejected for throwing behind Yermin Mercedes the day after Mercedes hit a 3-0 home run off of Twins position player Willians Astudillo in the 9th inning of a 16-4 White Sox win pic.twitter.com/cVt1HcOeoP

Duffey and  Rocco Baldelli were ejected from the game for the intentional act. Duffey has been suspended three games, and Baldelli will have to watch from the clubhouse for one.

Managers should support their players at all costs. This is the principle of being a coach in sports at any level. However, White Sox manager Tony La Russa chose to favor his old school roots in the MLB culture war instead of sticking with his player.

La Russa told Mercedes not to swing 3-0, and the 27-year-old disobeyed his order. 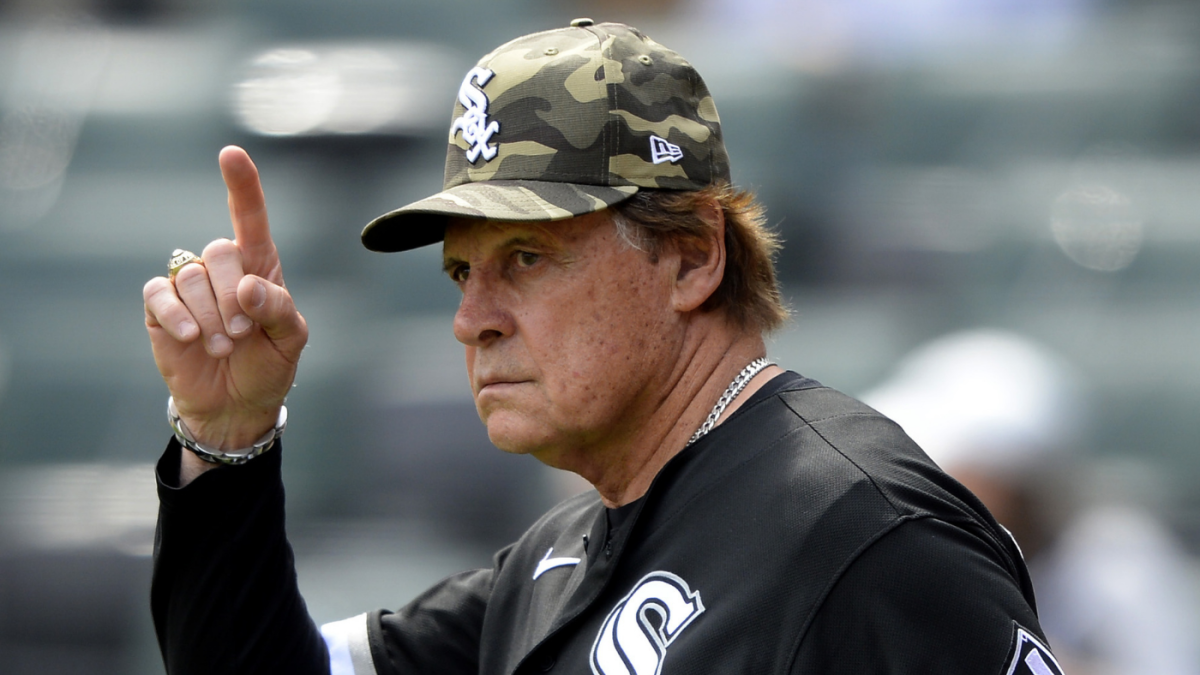 It’s not acceptable for a player to ignore a sign, but La Russa was not mad about Mercedes’ ignoring his command. La Russa was angry that Mercedes disrespected the game of baseball.

Old school mentality does not believe that a player should swing 3-0. It’s okay to have this belief, but La Russa handled himself poorly throughout the series.

Before Tuesday’s game, he said Mercedes was punished.

“He made a mistake. There will be a consequence he has to endure here within our family. The fact that he’s a rookie and excited helps explain why he just was clueless. But now he’s got a clue.”

This is not something that you boast to the media to prove that the old school mentality in the MLB culture war is not dead. This should have been a conversation between Mercedes and La Russa in the clubhouse that was not discussed with reporters.

A manager should never refer to a player as clueless, but Tony La Russa can do whatever he wants, right? No.

He thinks he’s above the game because of his Hall of Fame status, but a true Hall of Famer would not air dirty laundry and embarrass a player on purpose.

Things got worse for La Russa after Tuesday’s game. Duffey clearly threw at Mercedes, and La Russa chose to defend the Twins. He did not have a problem with another team targeting his player.

This was okay in La Russa’s mind because he believed Mercedes broke the unwritten rules and had to be punished.

Regarding the pitch thrown at Mercedes, La Russa said,

“The guy threw a sinker. It didn’t look good. So I wasn’t that suspicious. I’m suspicious if somebody throws at somebody’s head. I don’t have a problem with how the Twins handled that. What did they do? The guy might have just been trying to get a sinker in. We don’t read minds. I’m not going to read their mind, and I’m not going to second-guess the umpire when it’s his judgment. The ball was thrown at somebody’s head, and then you don’t give anybody the benefit of the doubt.”

The fact that La Russa did not stand up for his player is appalling. He took things one step further and embarrassed starting pitcher Lance Lynn.

Lynn was asked about the unwritten rules and gave a great answer.

“When a position player is pitching, there are no rules. The more I play this game, the more the unwritten rules have gone away.”

When La Russa was questioned about Lynn’s statement, he responded,

“Lance has a locker. I have an office. I don’t agree.”

This situation revealed the two mindsets in Major League Baseball. The old school does not want to change the game, and the new school wants to compete. As a fan, I want to see 3-0 bombs and competitive play on the field. I want to see bat flips and strikeout celebrations. What I do not want to see is retaliation which is part of the old school mentality. I wish Duffey would have tried to strike out Mercedes and rubbed it in as he slumped back to the bench.

Yet, Duffey tried to hit Mercedes with a 93-mph fastball.

The game is changing, and people like Tony La Russa resist the idea that baseball is not the same as it once was in the eighties and nineties.

Fans want to see the game change into a sport where anything goes between the lines without repercussions. The fact that La Russa did not defend his player is disgusting, and he does not think he did anything wrong.

The new generation is coming, and players like Yermin Mercedes are making the game relevant. People like Tony La Russa are trying to hold baseball back from greatness.

Top 5 Walk-Up Songs in the MLB

Walk-up songs are one of the coolest features of baseball. Follow along with the article to see the 5 best songs in the MLB. […]

Alex Kirilloff, the Minnesota Twins first-round, 15th pick out of the Pittsburgh area high school in the 2016 MLB Draft, had quite the opening to his career. […]