Adolis Garcia solely earned the award in the American League. Let’s look at their tremendous performances from week four.

Fernando Tatis Jr. is the first of three players of the week from week four. There is no offensive player in the National League that deserves the honor more than Tatis. 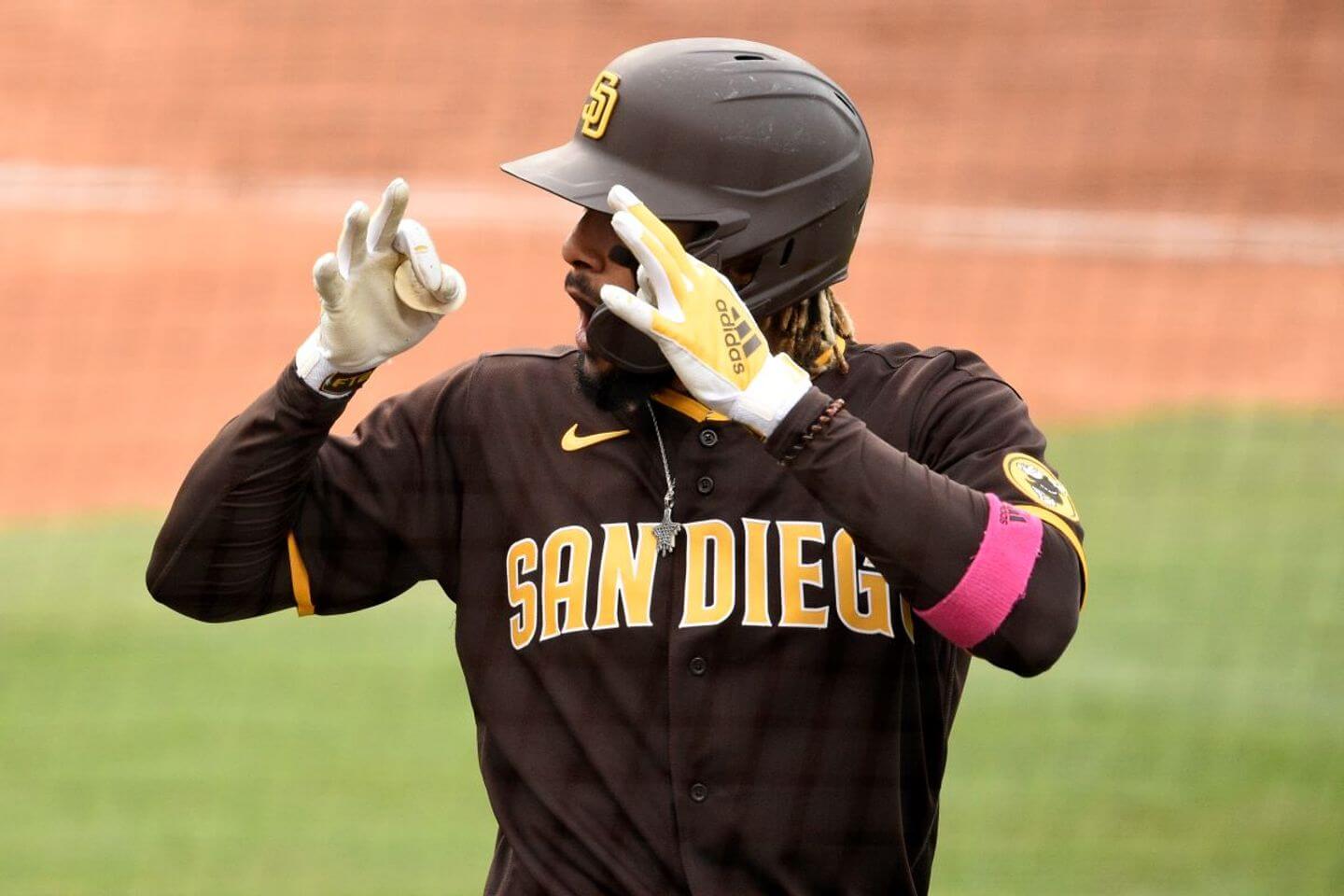 It’s hard to go yard twice off any pitcher, but Bauer, the reigning Cy Young Award winner, and Kershaw, the greatest pitcher of this generation, have been two of the best wings in baseball in 2021.

Throughout the week, Tatis Jr. batted .385 with five homers, seven RBIs, nine runs, and four stolen bases. In week four, Tatis showcased why he is the most exciting player in baseball.

This is the second time that Tatis has been named a player of the week. Padres players have claimed three of the four awards to start the 2021 campaign.

Madison Bumgarner started one game this week, and he “etched” his name into the record books. Bumgarner threw a seven-inning no-hitter against the Atlanta Braves. The Braves, who have been slumping, have one of the best lineups in MLB. Bumgarner will not receive credit for an official no-hitter because of the length of the game.

Madison Bumgarner was fantastic in the contest, which was unexpected at first pitch. This was Bumgarner’s first dominant start of the season. With the no-hitter, Bumgarner’s ERA is still a 6.31, which is not good. However, Bumgarner deserves to be one of the three players of the week after shutting down the Braves.

Bumgarner’s no-no came in game two of the Diamondbacks vs. Braves doubleheader. Zac Gallen threw a one-hitter in game one, so the entire Arizona pitching staff was fantastic last week against Atlanta.

Bumgarner’s no-hit outing gave him the National League player of the week for the second time in his career. He first received the honor in 2015 when he was an All-Star with the Giants.

There were two players of the week in the National League, but Adolis Garcia won the award outright in the American League. Adolis Garcia, the Texas Rangers’ right fielder, was vicious at the plate in Arlington and on the road.

Garcia hit .333 and slugged .875 with four bombs and nine RBIs on the week. The first three home runs of his career in the show were all go-ahead shots, showing Garcia’s clutch hitting ability.

This is Garcia’s first time being named one of the players of the week, but I do not think it will be his last, especially once the Rangers get some more protection in their lineup.