We are through the first week of the season and many teams are attempting to make big moves early. Read below to see this week’s MLB Power Rankings.

After a week into the season, the division races are tight. Many teams are still shaking off the rust from the shortened offseason and breaking out of their winter slumbers. Let’s take a look at the second regular-season power rankings and this week’s top 10 MLB teams.

The Milwaukee Brewers crack the top 10 for the first time this season. The Brew Crew currently sit in second place in the NL Central with a 7-5 record. They are winners of three straight after splitting a four-game series with the St. Louis Cardinals.

We have already seen this season that the pitching staff is not the same as a year ago. It is hard to repeat that performance, but the offense has to help. As a team, the Brewers are batting .205 on the season which ranks 26th in the league. The team OPS of .626 ranks 24th in the league.

If the Brewers are to truly succeed, the offense has to start producing more. One positive sign for the Brewers is that Corbin Burnes turned his performance around after a rough start. With a 2.37 ERA, Burnes has struck out 22 batters on the season.

Through 12 games of the season, the AL East is an absolute mess. Boston is off to a rough start at 6-5 but finds themselves tied for first. The Red Sox have yet to put many complete performances together but have shown flashes of what they can be.

Boston has won five out of their last seven games, including a 2-1 victory over the Toronto Blue Jays last night. The AL East will be a survival of the fittest, with four teams having a clear shot at winning the division. Even with the New York Yankees having a rough start as well, losing two of three to the Baltimore Orioles, the AL East will be a cannibalistic division.

Alex Verdugo is off to a good start, leading the Red Sox in the top batting statistics of batting average, RBIs and home runs. Verdugo is currently batting .333 with three home runs and eight RBIs.

Like the Boston Red Sox, we have not seen the true potential of this Toronto team. I put the Blue Jays ahead of the Red Sox because I feel the Blue Jays have a bigger ceiling than the Red Sox. I did pick Boston to win the division but if fully healthy, Toronto could make a run to the ALCS or better.

The Blue Jays have already seen their fair share of injuries this season. Teoscar Hernandez, Nate Pearson and Hyun Jin Ryu are all on the 10-day IL as of right now. Having two starting pitchers and two of your better starting pitchers injured is not a recipe for success.

One of multiple NL West teams that have made the power rankings this week. The Padres are in the seven spot due to the consistency of the team. There is a lot of firepower both offensively and pitching, but the consistency is far from where it should be.

Issues lie within the pitching department due to players not being healthy and others having regression in performance. Blake Snell and Mike Clevinger being hurt most definitely affects this team. Snell did not have as good of a year last season, but he makes this team better. Clevinger can help the back end of the rotation, but will not be a star in the starting five. 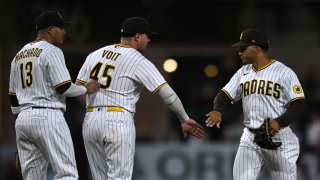 Yu Darvish has been miserable since his move to San Diego. His ERA has gone up since the move and it currently sits at 6.28. The good news for the Padres is that Joe Musgrove and Sean Manaea have been stellar so far this season. Both have sub-two ERAs and clearly look to be the best pitchers on the roster.

Once Fernando Tatis Jr. returns for the Padres, they will be better as well.

After a miraculous season, winning 107 games, the San Francisco Giants land at #6 in this week’s power rankings. For a team that many, including myself, expected a regression, the Giants find ways to win. The offense has continued to produce at high levels and their pitchers continue to dominate as well.

In an offseason that was not too busy, the Giants did hit a home run in the Carlos Rodon signing. Rodon is coming off a career year in Chicago with the White Sox and he is off to a great start this year with a 1.50 ERA.

I do not expect the Giants to keep this performance up all season, but for now, they are a top team in the MLB.

When talking about a team that I do not expect to have this much success all season, Colorado is at the top of the list. The Rockies are off to one of their best starts in a long time with an 8-3 record. They jumped three spots this week in the rankings after a hot start.

With the NL West being arguably the toughest division in baseball, by year’s end, it would not be surprising to see the Rockies in fourth place. Baseball has a way of evening out and this is a team we expect to even out by the end of the year.

A big reason for the early success is that the Rockies are hitting the cover off the baseball. Colorado has four players hitting over the .300 mark early in the season, led by Kris Bryant with a .359 average. Players can hit in Colorado and the Rockies will need to continue their ways for the rest of the year.

When talking about consistency, no team is more consistent than the St. Louis Cardinals. 2007 was the last year the Cardinals did not have a .500 or better record. Losing seasons are not part of the St. Louis vocabulary.

The team they have constructed this season could be very special. Albert Pujols has been phenomenal since his return to St. Louis. In 18 at-bats this season, Pujols is batting .389 with two home runs and only one strikeout. Nolan Arenado looks to be a true MVP candidate at third base this season and Tommy Edman is off to a hot start in a big year for his future. 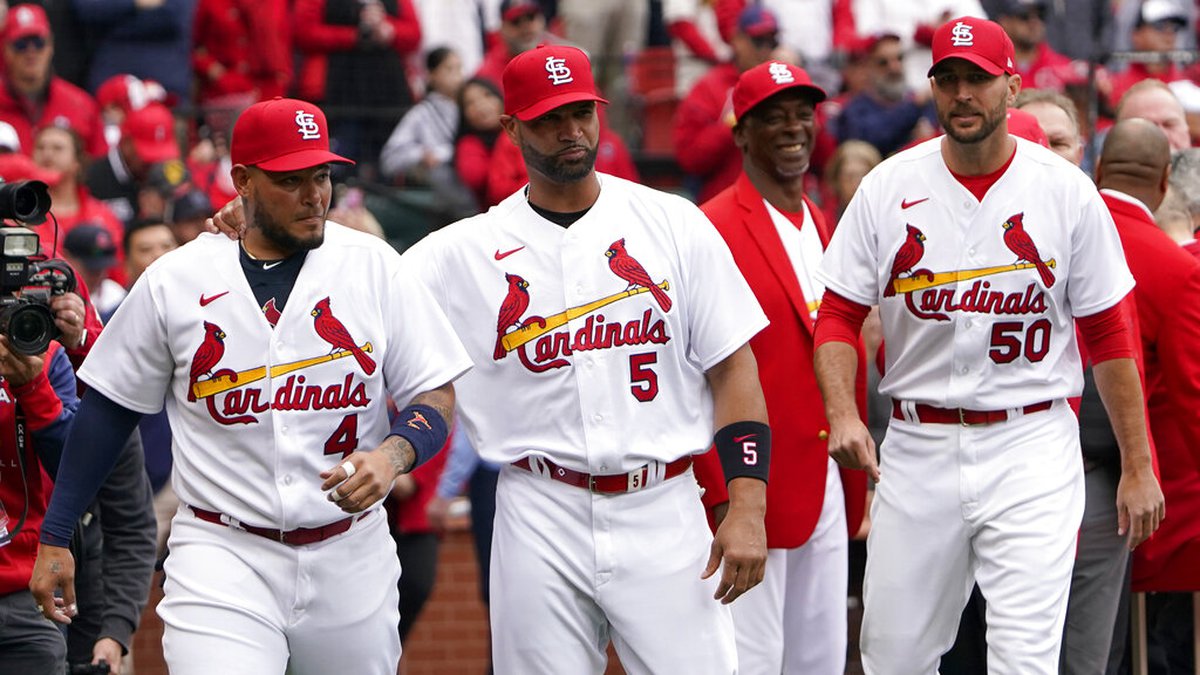 A big concern for St. Louis is centered around pitching. At the age of 39, Adam Wainwright somehow continues to pitch at a high level. How much longer will that continue for St. Louis and Wainwright? Both Miles Mikolas and Steven Matz bounced back in their second starts, but will the consistency be there for those two? The back end of the rotation for St. Louis is where it gets sketchy and most of the concerns arise.

This is a team that I was not high on at the beginning of the season. The pitching staff continues to dominate without one of the best pitchers in all of baseball. The signing of Max Scherzer looks to be paying off for the Mets, but Chris Bassitt has been even better than they thought. Bassitt holds an ERA of 0.75 early in the season.

Francisco Lindor is over the .300 mark early in the season with a .310 average. Jeff McNeil, Eduardo Escobar and Brandon Nimmo have played big roles early for the Mets. All three players are closing in on the .300 average which could take New York to the next level.

The NL East looks to be worse than we may have thought. The Phillies cannot pitch and play defense, as we suspected. The Braves are still fighting the World Series hangover, while the Marlins and Nationals are bad. It is the Mets division to win.

Falling from the first spot is not so much about what the White Sox did wrong in a week, but more so of how well the new #1 team has played. Chicago will run away with the AL Central by June and there will not be much to say about this team. The White Sox are in a very good position currently.

The last two games have been rained out against the Cleveland Guardians, but have a chance to play today. Tim Anderson is off to a great start, batting .393 with 11 hits on the season. There is no need to worry about this team.

As we all expected, the Los Angeles Dodgers have awakened from their winter slumber. After losing two of three to start the year, the Dodgers ripped off seven-straight wins. Including a four-game sweep over the Cincinnati Reds, Los Angeles could be the clear favorites all season. Freddie Freeman is starting to produce as his numbers climb on the year. It was an emotional night on Monday as Freeman was reunited with many of his old friends, as the Atlanta Braves came to Los Angeles for the current series.

In a competitive division, the pitching staff will need to be top-notch all season. Clayton Kershaw leads the team in wins and ERA early in the season. Kershaw was pulled in his last start, which proved to be a controversial move in the minds of the baseball media.

It looked like former Cardinals star Matt Holliday was returning to St. Louis to be the team’s bench coach. But looks can be deceiving. […]

The start of the Major League Baseball offseason is about a month and one-half away. However, there is no better time to look ahead, and I will start with my MLB top-5 free agent catchers.
[…]