The MLB Trade Deadline has officially passed, but not before a plethora of All-Stars and impact players were moved around the league in one of the wildest weeks in recent baseball history.

As different teams gear up for long playoff pushes and others resign to the fact that it is time to rebuild and focus on the future, the entire landscape of the MLB has drastically changed.

Did your team overpay for its new player? Who got fleeced by who? These are our grades for a few of the biggest moves from the MLB trade deadline.

San Francisco Giants Get Kris Bryant for Caleb Killian and Alexander Canario: A-

The San Francisco Giants have been the shock of the baseball world, bringing in experienced but lower-profile contributors that have helped lead them to the best record in baseball. Adding Kris Bryant to the fold gives them a big-name star with the charisma and gravitas they needed to hold up against other big-name opponents. Bryant has already won a World Series and knows what it is like to be a leader on a championship side, which should pay dividends in San Fran.

The only problem with this move is that it was outshone by the Dodgers’ moves, which will be detailed later on.

Adding Baez will be a major boost to a Mets’ team that has struggled to get consistent production from its star players, namely Francisco Lindor, and needed a boost to help them guarantee the pennant in a terrible National League East division. The price to pay was steep, however, as Crow-Armstrong looks like one of the best young prospects in baseball; he was taken 19th-overall in the 2020 draft and has hit .417 in six games of single-A baseball this year and could come back to bite the Mets if he develops into the future All-Star many have said he could be.

The Mets also have an extremely small chance of making any noise in the postseason, so this move feels like it was made at a bad time in the franchise’s history.

Listen, the Dodgers sold the farm to get Scherzer and Turner ahead of the MLB trade deadline, and one day they might be looking up at]s the Washington Nationals’ and their former young prospects dominate the division— but that day is far away, and this move made the Dodgers the undisputed best team in baseball. Putting Scherzer and Turner on the West Coast is a match made in baseball heaven, and both will prove to be invaluable pieces as LA mounts another charge for its second consecutive World Series title. 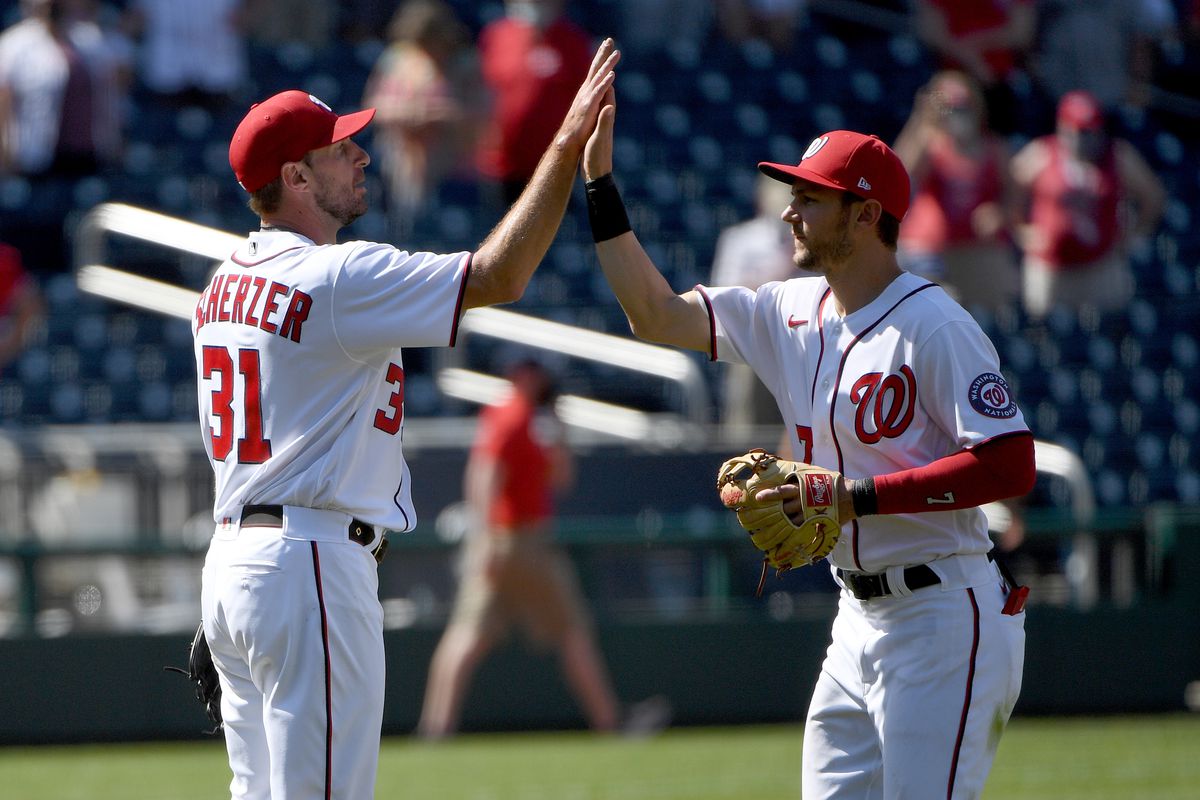 This is the worst trade of the entire season, much less the MLB trade deadline; the Cardinals sent 28-year-old John Gant (4-6, 3.42 ERA) and 24-year-old prospect Evan Sisk (5-6, 2.90 ERA in MiLB career) to the Twins for a 38-year-old J.A. Happ that is 5-6 with a 6.77 ERA this season. There is practically no way to defend this trade from the Cardinals’ standpoint, and their front office deserves to be sent on a leave of absence for their actions.

Let’s also not forget they got 37-year-old Jon Lester on the same day— the Cardinals have no direction right now.

Wednesday’s move for Joey Gallo did not move the needle too much, but a trade for Anthony Rizzo brings the short porch back to prominence and playoff aspirations into the minds of New Yorkers everywhere. Rizzo may have cost the Yankees two of their elite prospects, but they still hung onto Jasson Dominguez and Clark Schmidt and got a three-time All-Star and World Series champion in return.

The Yanks were slowly sliding towards irrelevancy with the Boston Red Sox and Tampa Bay Rays surging ahead in the division, but this move puts them firmly back in contention for a playoff spot— and if all goes well, they just might stick around for a few rounds.

Today, we’ll be taking a closer look at this year’s MLB All-Star snubs. There are a few exceptional players on this list, so let’s kick things off! […]

Kimbrel and Bryant: Still with Chicago Cubs in a Few Weeks?

With the MLB trade deadline approaching, the Chicago Cubs’ Craig Kimbrel and Kris Bryant are two names that have been thrown around in trade rumors. […]