In our Baseball Spotlight New York Mets 2021 season preview, we take a look at everything from last season to projections for the 2021 season. Let’s get started!

When Steve Cohen purchased the Mets in November for $2.475 billion, it was evident that he had the goal of bringing New York back to a championship-caliber team. The Mets finished in last place in the National League East in 2020.

Nothing could go right for the team last season, but they are picked to finish towards the top of the division in 2021. A recent injury to Carlos Carrasco has caused the Mets to slide in the minds of some people, but this team is still legit in the field, at the plate, and on the mound.

The Mets pitching staff has taken a hit, but I think the team is good enough to overcome this adversity. Carlos Carrasco will not be available on Opening Day because of a hamstring injury. Additionally, Seth Lugo and Noah Syndergaard should not be available until the early summer.

The Mets need to focus on hanging on until the early summer when they get some of their stars back in the lineup. The bats will have to carry the team until the back end of the rotation gets healthy.

The Mets lineup is filled with All-Star players and power hitters. Brandon Nimmo, the happiest player in the MLB, will lead off for New York. Nimmo will not blow you away with power or speed, but he is exceptional when it comes to working at-bats and getting on base.

Nimmo’s career on-base percentage is .390. If you can get on base close to 40% of the time, you will always have a job in the big leagues. 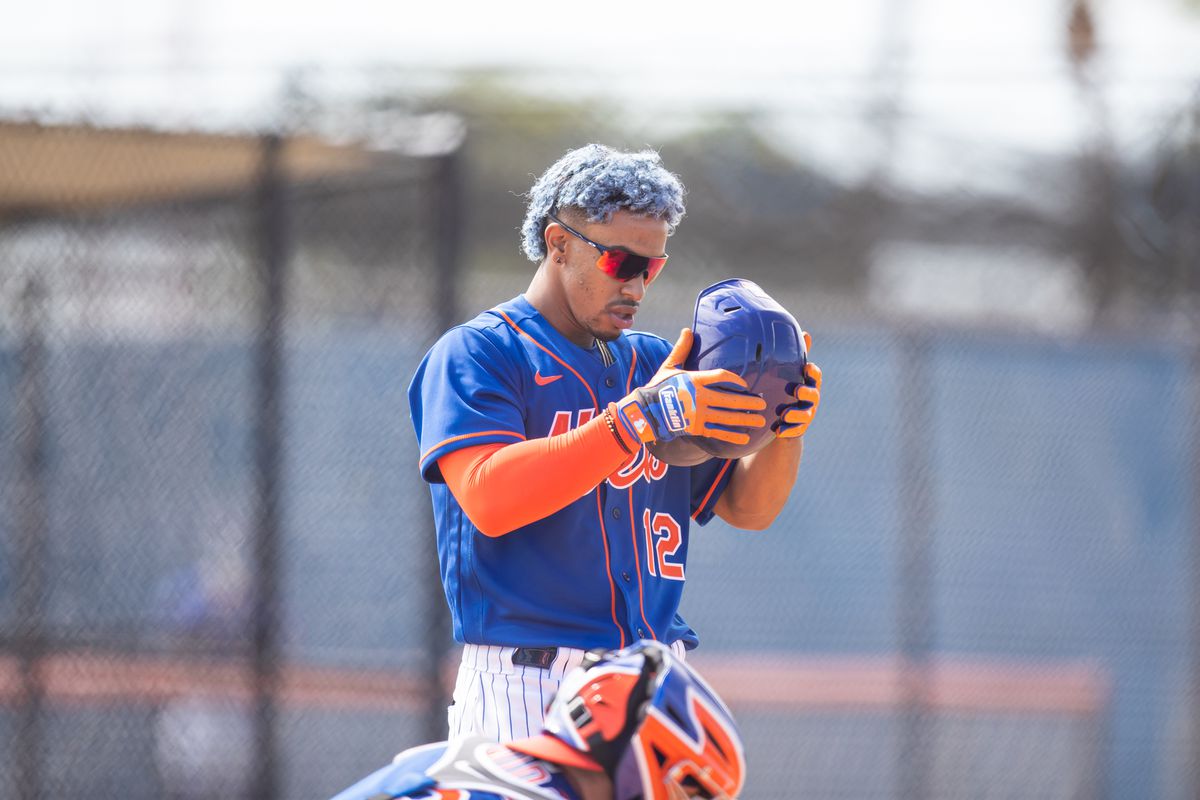 Following Nimmo is the core of New York’s lineup with Francisco Lindor, Michael Conforto, and Pete Alonso. Francisco Lindor has been receiving most of the attention out of these three players. He is a Platinum Glove winner, a two-time Silver Slugger, and a four-time All-Star.

Lindor is the definition of a five-tool player, and he will help New York in his debut season with New York. Michael Conforto was a first-round draft pick in 2014, but he has not come into his own, in my opinion.

After Conforto, the biggest bat in New York’s lineup will come to the plate in Pete Alonso. Alonso went through a sophomore slump in 2020 after earning the Rookie of the Year Award in 2019.

Alonso hit 53 bombs as a rookie. He will need to hit 40+ this season for the Mets to win the National League East. Alonso is the final hitter in the Mets lineup before the squad starts to trend downward at the bottom of the order.

Dominic Smith, who will bat behind Alonso, finished 13th in the MVP vote last season. He is entering his age 26 season. If he surpasses his moderate 2021 projections, it will vastly benefit the Mets.

When the Mets burst into the championship conversation in the offseason, it was because of their stacked starting rotation. This rotation has started to crumble with Carlos Carrasco joining the Injured List.

Carrasco pulled his hamstring, which does not sound serious, but it will cause him to miss Opening Day. He will likely be sidelined for six to eight weeks. Opening Day is in two weeks, so he will miss at least a month of the regular season.

The loss of Carrasco makes this rotation less sturdy. In 2017, Carrasco finished fourth in the Cy Young vote. He would have been the third starter in the rotation before Noah Syndergaard returned in the early summer. 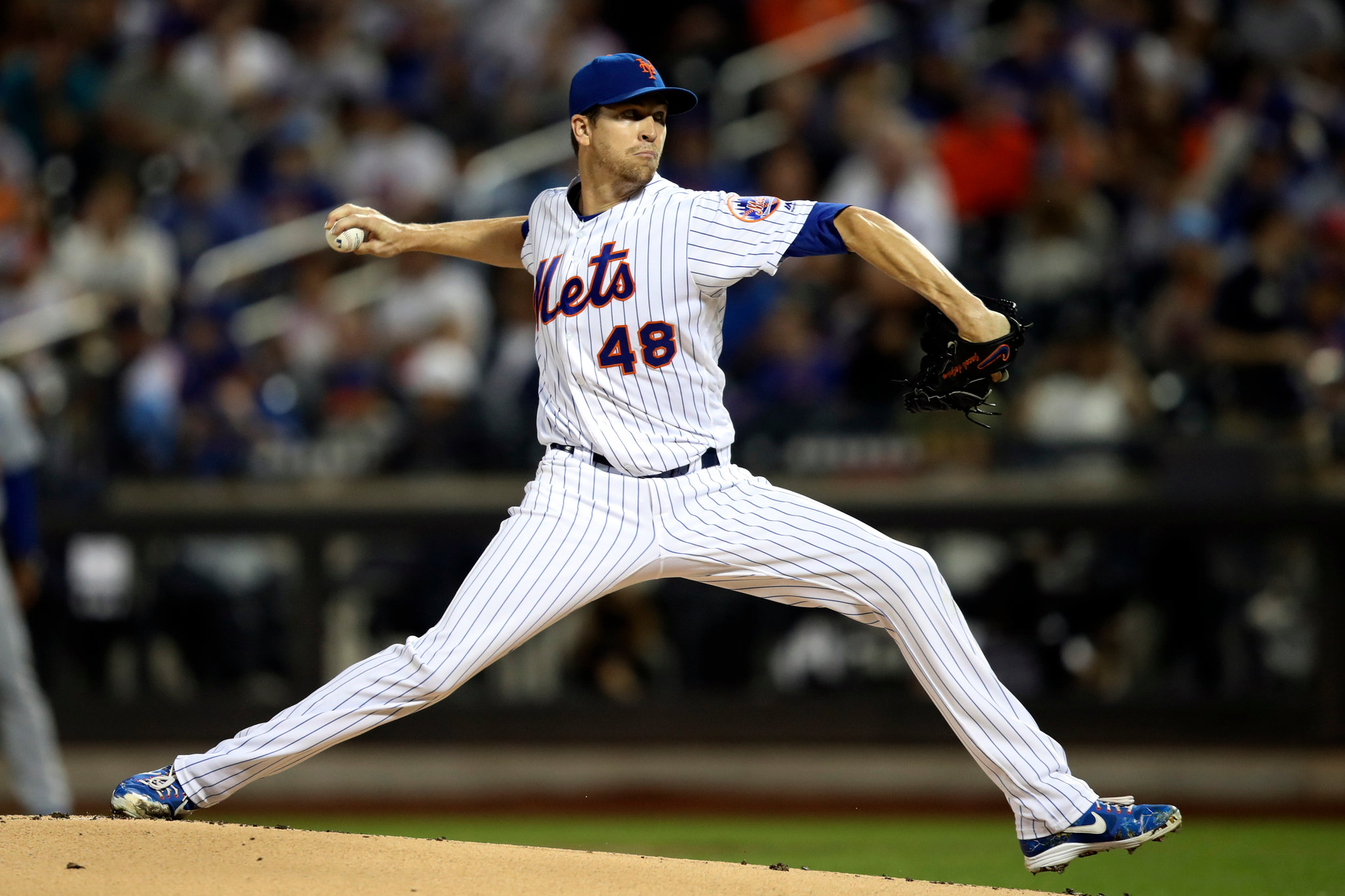 At the top of the rotation is Jacob deGrom and Marcus Stroman. Jacob deGrom is the best pitcher in baseball. He is projected to throw 200 innings and strike out 262 batters. deGrom earned back-to-back Cy Young Awards in 2018 and 2019.

Marcus Stroman has a much different style than deGrom, which will be tough to handle for opposing pitchers on back-to-back nights. Stroman, a 2019 All-Star, is a ground ball pitcher that is excellent with his location.

Stroman did not play last season because of a torn left calf muscle, so expect him to have a big year in his return to the hill.

Noah Syndergaard is expected to return from Tommy John surgery in June. I think he will help the Mets make a playoff push when he rejoins the team. Syndergaard is a former All-Star with an electric fastball.

The Mets will need him back as soon as possible because David Peterson and Joey Lucchesi are not pitchers that can win consistently win games against great lineups, which the Mets will often see in the National League East.

The Mets bullpen took a hit in February when Seth Lugo was shut down to receive elbow surgery. He will be back in the summer, but he was going to be one of the primary relief pitchers for the team from day one.

Lugo and Carrasco’s loss may be too tough to overcome, but I think the Mets can accomplish this feat if they perform offensively. If the Mets can hand Edwin Diaz a lead in the ninth inning, he will finish the job more times than not.

The Mets will struggle early, but I expect them to come alive in the late summer. This surge will help the team narrowly win the National League East.

MORE FROM BASEBALL SPOTLIGHT: If you enjoyed our Mets 2021 season preview, be sure and check out all of our MLB team and division previews before the 2021 season’s first pitch is thrown!

The World Series is finally here after a long and grueling MLB season. Check out this article to see the best players to watch for to win the World Series MVP.
[…]

“I don’t think I am better than anybody, but nobody is better than me.” Juan Soto said this quote in January of 2020. If you read this transcription fast, it may not make sense, so […]