We are now in year 2 of the 10-year deal between Major League Baseball and Nike. It was announced in 2020 that Nike would supply baseball jerseys for all 30 teams. The main reason for this move was to get fans in those cities more involved in their club’s brand.

The first installation of these new “City Connect” began at the beginning of the 2021 MLB season. Nike said that they would release only 7 baseball jerseys for the inaugural season, those teams being: the Boston Red Sox, Arizona Diamondbacks, Chicago Cubs, Chicago White Sox, Los Angeles Dodgers, Miami Marlins, and the San Francisco Giants.

I like the idea of getting new jerseys for baseball to entice the fans and get them more excited about their teams. But oh my, did Nike swing and miss on these jerseys. Here’s an in-depth breakdown of just how they screwed up in the inaugural season of these jersey concepts. 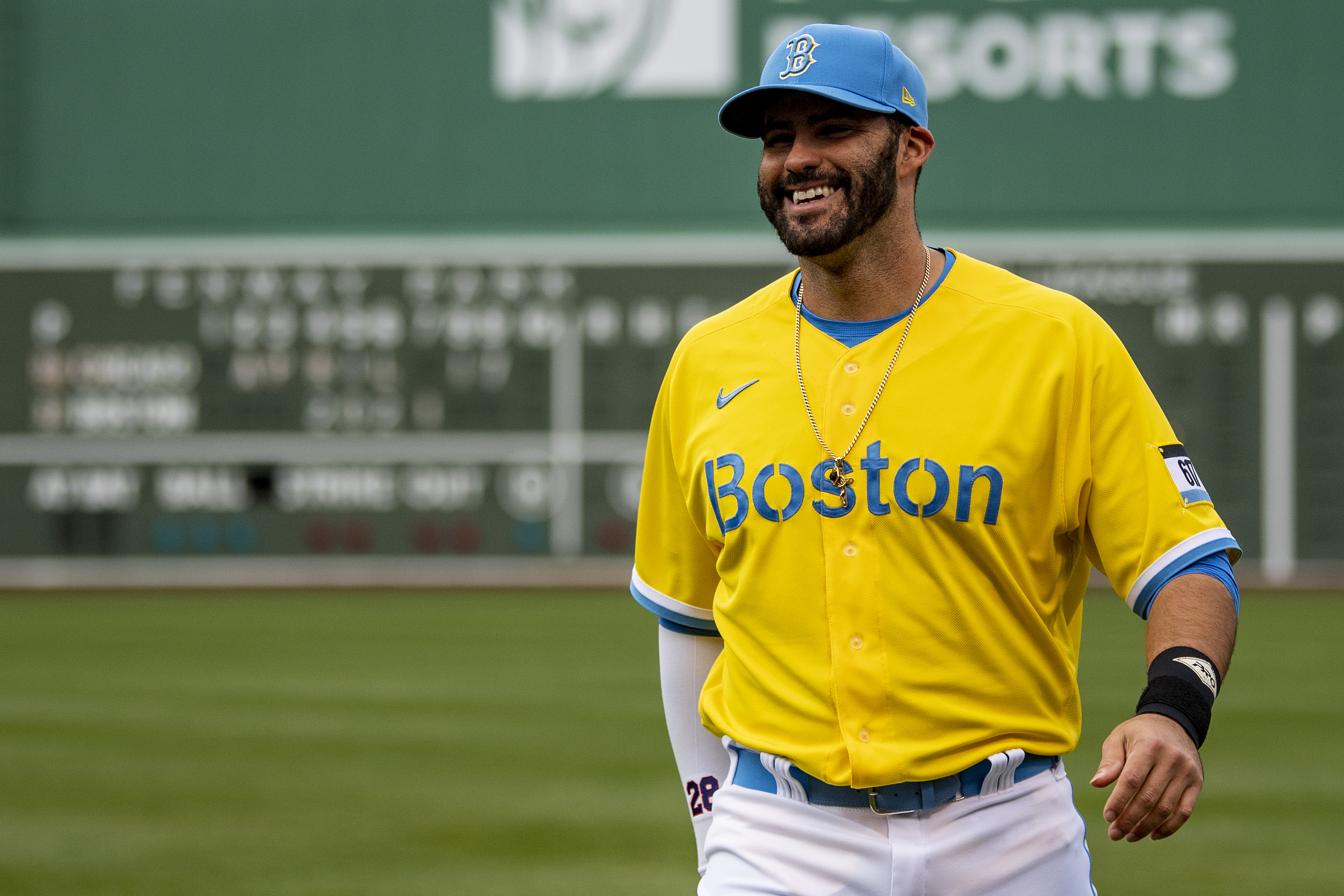 They released the Boston Red Sox City Connect jersey on April 6th as the first one, and this was the first miss by Nike. The yellow and blue just look absolutely disgusting on the RED Sox, not to mention that they will look like mustard bottles when they’re playing. How do we link the city of Miami to the baseball team that nobody supports or wants? Let’s make them a jersey that literally nobody in this century will recognize the Miami Marlins. That’s exactly what Nike did and missed such a great opportunity to involve vice colors.

Alright, I’ll give them this one. They released these jerseys on May 28th before their cross-town rivals. They got it spot on with the Chicago White Sox jersey with the sleek black design and the “Southside” text. Speaking of those cross-town rivals, the Chicago Cubs got another terrible jersey from Nike. The Wrigleyville text design is a very cool tribute to the iconic scoreboard outside Wrigley Field. But the color scheme is just god awful, and the colors look absolutely disgusting and don’t look good at all.

Just 5 days after announcing the Cubs jerseys, Nike released the Arizona Diamondbacks City Connect jersey, and it looks pretty decent. The “Serpientes” is a great tribute to the Latin American population in Arizona. But they literally just took the Dodgers uniform and made it beige. Very original, Nike.

The latest jersey to be released by Nike is just truly disrespectful and plain. They really made a jersey that shows just how bad the wildfires in California really are. They wanted to highlight the “fog” that makes up San Fran, which is total crap. Poor San Francisco Giants. They just ran out of ideas and didn’t have any creative ideas to model after San Francisco.

The last team left are the Los Angeles Dodgers, and there’s just no way they can screw this up, right?

They’re already 1 for 6 on jerseys and even butchered the All-Star Jerseys. Nike has absolutely destroyed baseball in just one year with their terrible designs and lack of enthusiasm. Hopefully, they can make up for their mistakes in the next 8 years, or it might be a very long road for baseball fans like me.

We know Nike is capable of producing great uniforms. We see it in college football, the NFL, and the NBA. So why are they struggling in MLB? Are they hiring 10-year-olds to design their jerseys? Whatever it is, it needs to go and quickly. They are slowly ruining the game with these terrible jersey designs and will somehow still get tons of money for this.

The New York Mets have not completed the signing of Kumar Rocker, their 10th-overall draft selection in the 2021 MLB draft, with concerns over his elbow injury weighing heavy on the Mets’ front office. Who […]

Nolan Gorman is impressive, to say the least. Just five days ago, the 21-year-old scored three home runs, suggesting even better things to come in the future! […]