Baseball has another no-hitter in 2021, thanks to Corey Kluber.

There have now been six no-hitters. We had two no-hitters in three days earlier this season. Now, thanks to Spencer Turnbull and Corey Kluber, we have back-to-back no-hitters.

This is getting out of control…

On Wednesday night, Kluber tossed a gem for the New York Yankees. He was one walk away from perfection, but he still held the Texas Rangers hitless all evening in Arlington. Joe Musgrove was the first pitcher to no-hit the Rangers in 2021. 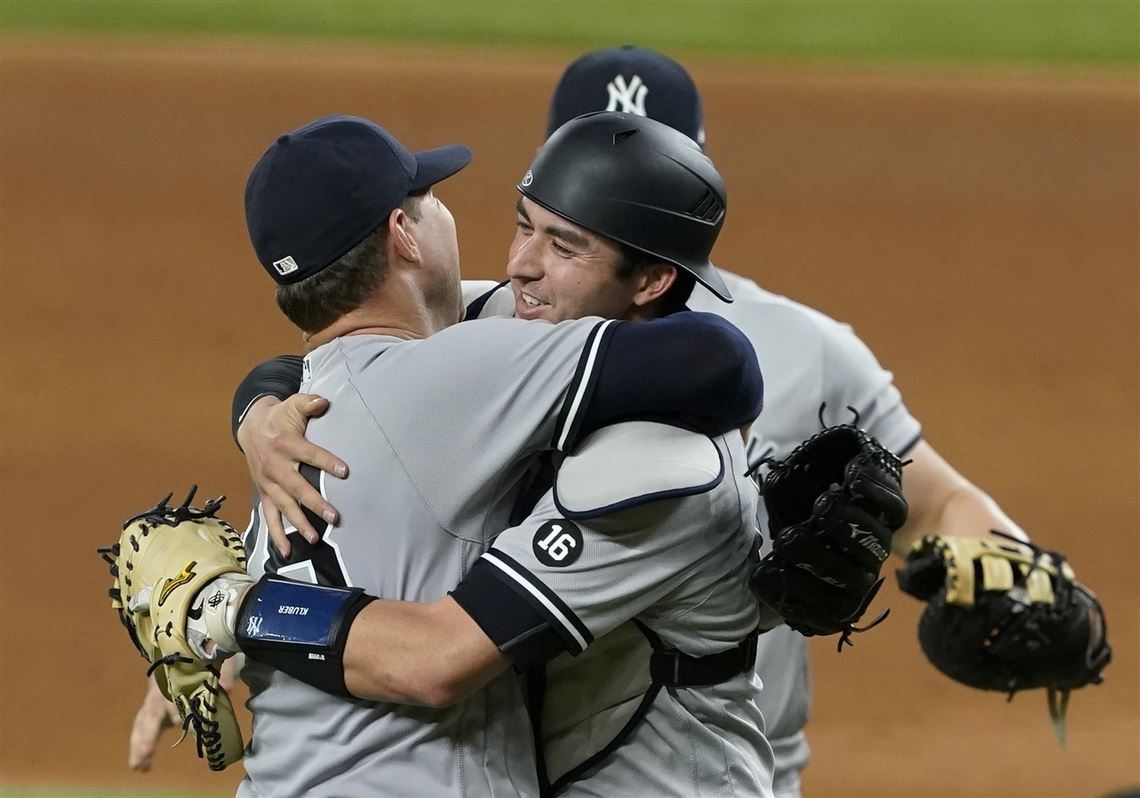 Kluber struck out nine batters and walked one throughout the game. The walk to Charlie Culberson came in the third inning. At this point, nobody except Aaron Boone thought that Kluber would hold the Rangers hitless for the next six innings.

The right-hander relied on his breaking pitches, including his curveball and sinker, to get most of his outs. He mixed in his cutter to keep hitters off-balance, and it worked. These three pitches constituted 70% of his throws off the bump.

Many people may not know this, but Corey Kluber played for the Texas Rangers in 2020. A shoulder injury only allowed the two-time Cy Young winner to throw one inning last year, but he did receive multiple paychecks from the team.

On Wednesday, the Rangers gave out a Kluber bobblehead that was planned from the season prior. The Rangers chose not to waste the figurines and gave them out when the pitcher returned “home.” 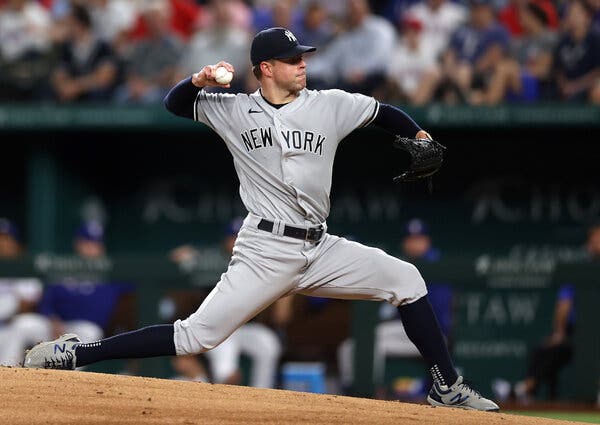 Kluber stayed calm and collected all night. The pitcher even broke a smile with the camera on him multiple times during the game. Although, in the ninth inning, tension started to fill Globe Life Field.

Kluber worked through the ninth with ease. He induced a Culberson ground out, a line out from David Dahl, and another grounder from Willie Calhoun.

Dahl’s shot seemed like a hit off the bat, but it quickly fell into the glove of Tyler Wade in right field. The YES Network cameras displayed the anxiety on the face of Wade, who was playing out of position in the outfield.

When asked about the fly ball after the game, Wade indicated that he did not doubt that the ball would land in his glove.

The last time a pitcher from the Bronx held a team without hits came on July 18, 1999, when David Cone was perfect against the Expos.

Corey Kluber, the 35-year-old, who has seemed to revitalize himself in New York, was elated after throwing the first no-hitter of his career.

“It was a lot of fun. I think it was a special night. I’ve never been part of one, witnessed one, let alone thrown one.”

Even though Kluber threw the gem on the road, the crowd of 31,689 was loaded with Yankees’ fans in Arlington. Even the Rangers fans wanted to see history in their home ballpark, even though this was the second time their team was no-hit in 2021.

Kluber held in his emotions throughout the night beside the occasional smile, but Aaron Boone was nervous all night.

“I had butterflies in that ninth inning. I’m getting a little emotional now, even just getting to witness that was really, really, special. And to see his teammates and the excitement of everyone for Corey and just the excitement for themselves being a part of such a thing. What a performance.”

The modern era record for no-hitters in a year is seven. There is over a week left in May, and the league has already seen six in 2021.

Atlanta Braves Outfielder Marcell Ozuna was booed by his home fans on Sunday. Read this article to see why the fans felt displeasure with one of their players.
[…]

The Yankees Defend the Bronx Against White Sox in Weekend Sweep

The Chicago White Sox were the talk of baseball heading into the weekend. At 26-16 entering the Yankees’ series, Chicago appeared to be unstoppable. There were problems in the clubhouse between the players and Tony […]