Chicago earned the win by an 8-3 margin. Baltimore started an eighth-inning run and had the bases loaded before Tony La Russa called his All-Star closer, Liam Hendriks, to shut the door.

The atmosphere was solid throughout the game, and there was excitement through eight innings. People began to head for the exit after the eighth, but the crowd was roaring during the game.

There are a few necessary qualities that all great stadiums share. Check out Baseball Spotlight’s Oriole Park at Camden Yards review to see if the stadium made the cut!

Oriole Park at Camden Yards is in the heart of Baltimore. The stadium is walkable from numerous hotels throughout the city. Inner Harbor is a one-mile walk from the stadium, and the journey from the waterfront to the stadium is filled with baseball bars and restaurants. 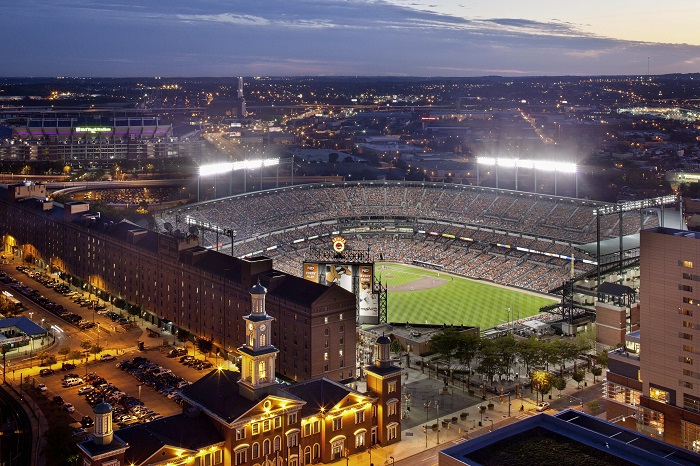 If you are driving to the game, there are plenty of parking options sold through the franchise. However, you could also park in any garage in the waterfront area to enjoy Baltimore’s amenities before heading to Camden Yards.

Although, the Orioles go above and beyond to satisfy their fans. Here are some of my favorite selections from Camden Yards.

Harris Creek Seafood – The Orioles compete in the blue crab capital of the world. If you are looking for crab cakes, grab them at the stadium along with other fantastic seafood. 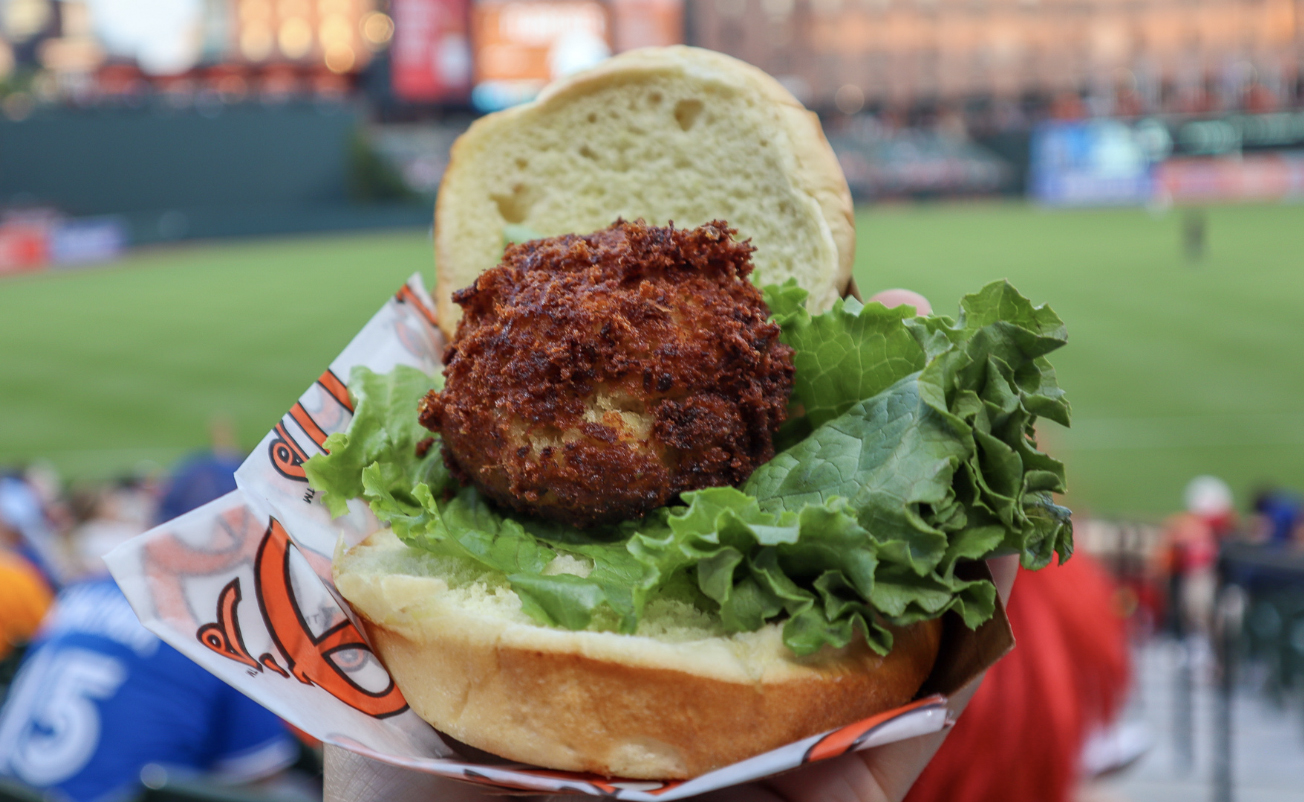 Boardwalk Fries – Ocean City is close to Baltimore, and this is why the Orioles have incorporated boardwalk fries into its menu.

Boog’s BBQ – I did not stop at Boog’s for my latest trip to Camden Yards. However, I have eaten at the BBQ joint countless times, and it has amazing BBQ delicacies like pork, ribs, and brisket.

Other food selections include sausages, tacos, pizza, and nachos. Every fan will be able to find something they enjoy at Camden Yards. The stadium has a wide selection of craft beers, mixed drinks, and domestic brews for alcohol.

Pricing is slightly high, but what MLB stadium is not expensive? The high prices throughout the yard made me knock the Orioles down to an A-.

I do not think there is a bad seat in the house at Camden Yards. However, the stadium needs an upgrade in a few categories. I am a big guy at 6’4”, so my legs were pressed up against the seat in front of where I was sitting.

Newer stadiums like Citi Field have larger seats which I enjoy. However, Camden Yards is nothing like the upper seats at Fenway. Now that’s tough.

Although, if you sit on the third-base side, a 90-degree day will be pleasant.

Camden Yards Review: Gameday Atmosphere – B (If they were good, A)

If the Orioles were good, the gameday atmosphere would be much better. Fans were still cheering for their team when they were down five runs late in the game.

Baltimore fans love baseball, but the team has not won the division since 2014. This was their first division championship since 1997.

The crowd pop was impressive, considering the number of fans in attendance and the score. However, it’s nothing like Yankee Stadium or Fenway Park.

For visiting fans, the gameday atmosphere is an A. A trip to Baltimore is a must for all baseball fans, and Orioles supporters treat their opponents with respect. This may not be the case in the postseason, but Baltimore needs to improve before playoff baseball is discussed in the city.

The food, accessibility, and location are three reasons you should visit Camden Yards. The atmosphere and small seats took the grade down slightly, but Oriole Park at Camden Yards is definitely worth the trip.

The Baltimore Orioles are the Best Bad Team in Baseball

The Baltimore Orioles might just be the best bad team in baseball. Let’s take a closer look and see what we can dig up! […]