Pete Alonso, Francisco Lindor, Jacob deGrom, and the New York Mets are projected to win the National League East in 2021. This is no surprise because the Mets are loaded with talent.

However, many things need to go in New York’s favor in a loaded division with the other contenders like the Atlanta Braves and Washington Nationals. You also cannot forget about the Philadelphia Phillies and the Miami Marlins, who will make every team they play earn victories.

The Mets finished in last place in the National League East in 2020. They added some big names in the offseason, like Francisco Lindor and Marcus Stroman.

All these additions will not matter without Pete Alonso. Pete Alonso is the key to New York’s success in 2021. If the young slugger does not bounce back from his down year in 2020, the Mets may not be playing October baseball.

Pete Alonso made his New York debut in 2019 in a dominant fashion. Alonso batted cleanup as a rookie and cleared the bases countless times in 693 plate appearances. Alonso made the All-Star team and won the Home Run Derby as a rookie.

Mets’ fans proclaimed that Alonso was the new King of New York and the franchise’s key to returning to a World Series caliber squad. 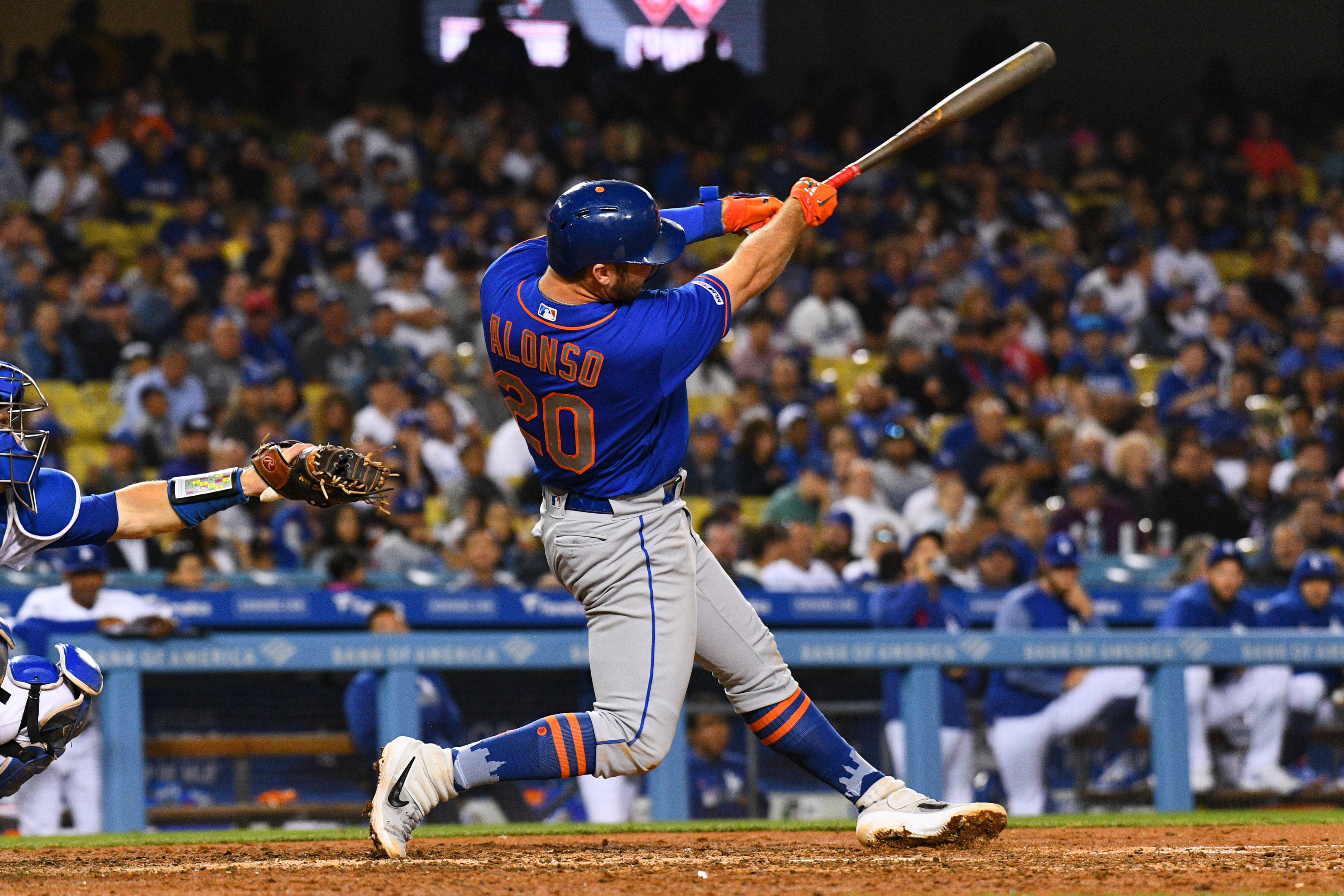 Oh, I almost forgot to mention that Pete Alonso went yard 53 times, which set an MLB rookie record. The All-Star’s production won him the Rookie of the Year, and it helped the Mets claim an 86-76 record, their best since 2016.

Expectations were high for Pete Alonso heading into 2020, but he could not have been more underwhelming in his second season.

Pete Alonso’s shaky 2020 season was not the only reason the Mets finished with a 26-34 record, but it was a contributing factor.

Pete Alonso was no longer feared at the plate in 2020. Alonso was still an everyday player, but he was a non-factor in New York’s lineup. 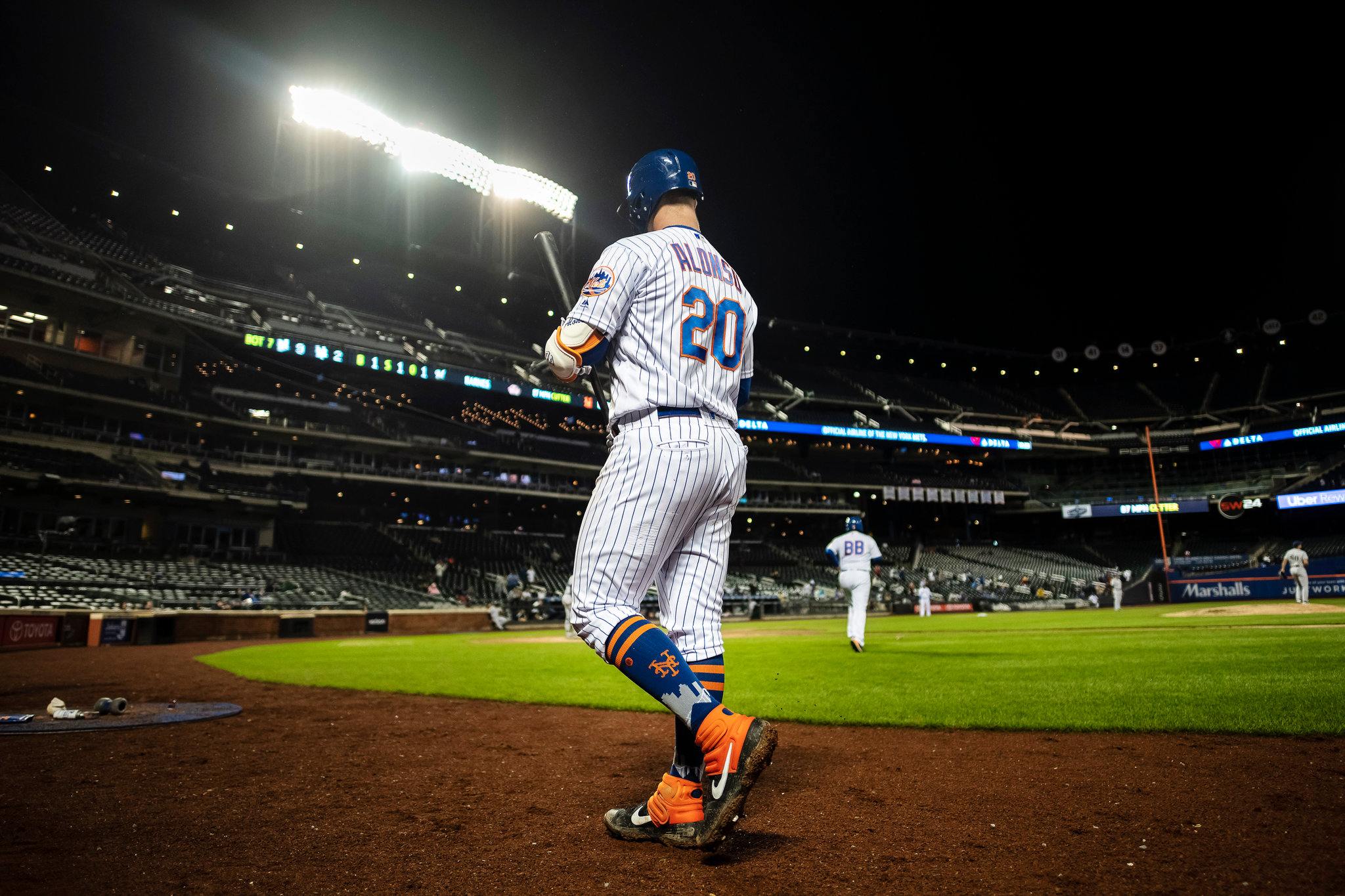 Alonso posted a batting line of .231/.326/.490, which were all significantly lower than his rookie numbers. Alonso still hit 16 home runs in 57 games which put him in a tie for seventh place with eight other players.

Alonso still had power, but he did not look confident at the plate. When the Mets needed a hit, he could not deliver. The King of New York had seemed to leave the Royal Family. The question now is if he can regain his seat on the throne.

Why Pete Alonso is so Important

Pete Alonso is off to a tremendous start in Spring Training, and he appears to be dialed in at the plate.

Alonso stated that, “I’ve made a lot of really good, quality swings and made some good plays on the defensive side of the ball. I’m just looking to continue to progress and get ready for the season. I know we have got a long way to go.”

In Spring Training, he is batting .333 with an on-base percentage of .462 in 26 plate appearances. He has hit two bombs and collected 9 RBIs.

Pete Alonso is projected to be the leading power hitter in New York. This is obvious if you take a look at the stature of the Mets’ players on the roster. Alonso is 6’2” and a biscuit away from 250 pounds.

Francisco Lindor and Michael Conforto have the power to leave the yard, and I think they will deliver close to 60 total home runs for the Mets. Alonso has the potential to hit 45+ bombs. His 16 home runs in 2020 would equate to 45.47 bombs over 162 games.

The Mets do not have a lot of room for error in the National League East. Therefore, if Pete Alonso does not deliver, the Mets could kiss their October hopes goodbye.