In our Baseball Spotlight Philadelphia Phillies 2021 season preview, we take a look at everything from last season to projections for the 2021 season. Let’s get started!

The same narrative will not be applicable in a stacked National League East, but I expect Philadelphia to battle for 162 games. Do not be surprised if there is a point during the season when you question if this team could win the division.

Philadelphia is a good team in an exceptional division. That’s a tough hand for Philadelphia to be dealt in 2021, but they will be competitive. Any team with Bryce Harper and J.T Realmuto cannot be awful.

When the Phillies roster is examined, it screams slightly above average, which is not a championship formula. I still am high on the Phillies, and they have been able to stay healthy, so anything can happen over 162 games.

The Phillies have the best hitting catcher in baseball in their two-hole. Realmuto elected to resign with Philadelphia in the offseason, which was a massive gain for the team.

The catcher is a career .328 hitter with a .455 on-base percentage. He also averages over 20 bombs per season, so expect a big year out of Realmuto after signing his five-year, $115 million deal. After Realmuto, Bryce Harper must be mentioned. Harper is arguably one of the best players in baseball, even though he has been inconsistent over the past two seasons. Harper will return to an All-Star caliber player in 2021, blasting 35 home runs.

I want to see Harper improve his batting average in 2021. His on-base percentage has been exceptional, but the Phillies play their best baseball when he is driving in runs. Rhys Hoskins can help Harper regain his .300+ batting averages if he performs.

Hoskins has a big bat and a great eye at the plate, but the complete package has not come together yet in his three years of service time. Hoskins could be the full package, and the Phillies need him to play to this level in 2021 to sniff the postseason.

Didi Gregorius leads the bottom of the lineup. Gregorius is a fantastic ballplayer who is coming off an outstanding 2020 campaign. Gregorius slashed .284/.339/.488 with ten home runs.

When a player at the bottom of the lineup can do this and not miss a start, it will be very beneficial for a franchise.

The Phillies are led by Aaron Nola on the hill. Nola finished seventh in the Cy Young Award voting in 2020 after throwing 71 innings and striking out 96 batters.

Nola is a true ace that can throw 200 innings and retire 220+ batters on strikes. Zack Wheeler and Zach Eflin will follow Nola and these two pitchers are reliable number two and three wings. 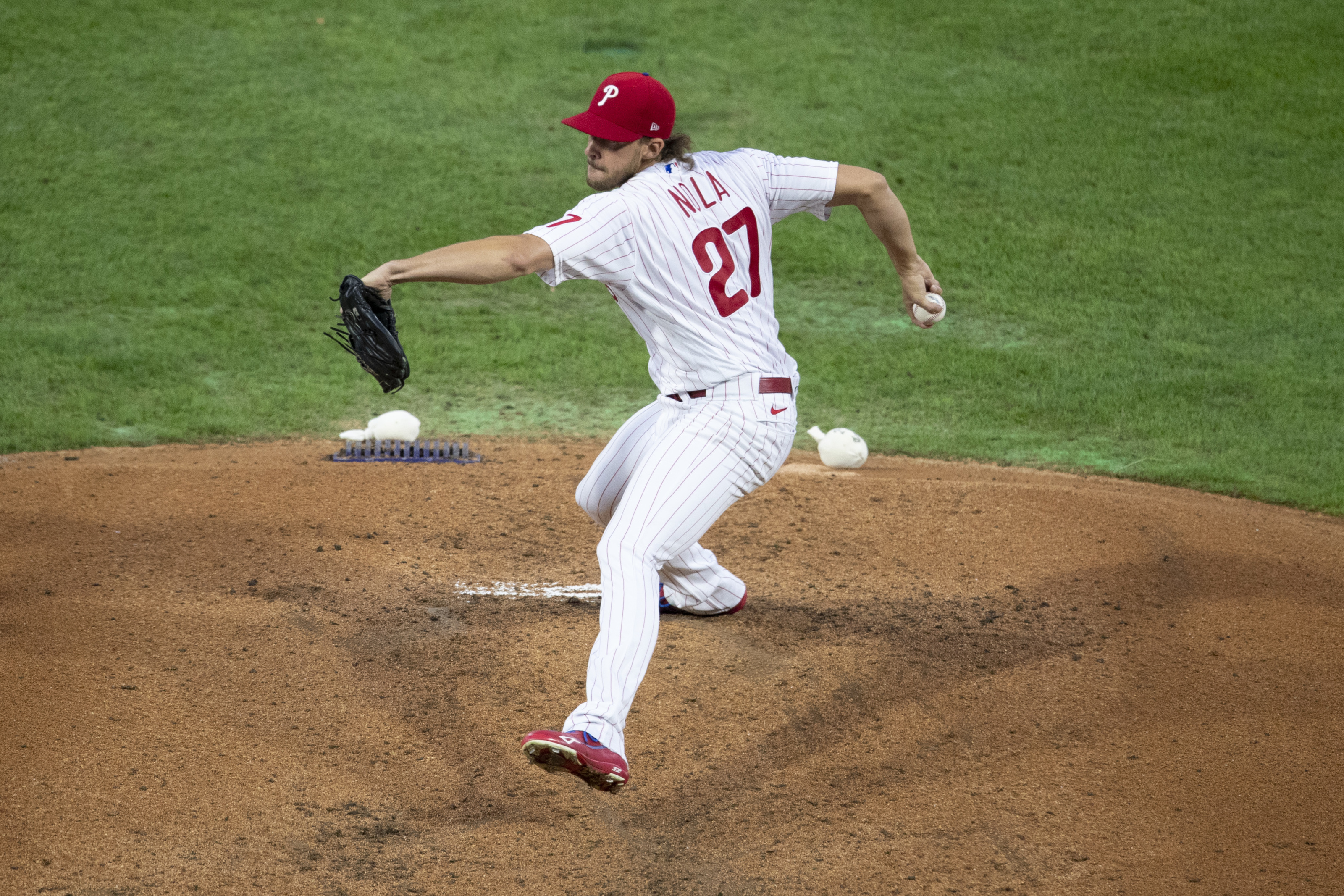 The scary thing about the Phillies rotation is in positions four through six. These slots will bring limited strikeouts and ERAs that are approach 5.00. In Matt Moore’s case, he is likely to exceed 5.00 for his 2021 ERA.

Hector Neris and Jose Alvarado are the two players you should look for coming out of the bullpen. The Phillies pen will get a lot of use in 2021, and these two will carry the load.

The Phillies need Neris to pitch as he did in 2019 when he recorded a 2.93 ERA for them to compete in the late innings of contests throughout the season.

Four games above .500…With the strength of the division and the back end of the rotation, this sounds accurate for Philadelphia.

MORE FROM BASEBALL SPOTLIGHT: If you enjoyed our Phillies 2021 season preview, be sure and check out all of our MLB team and division previews before the 2021 season’s first pitch is thrown!

July 18th was the 2022 MLB Homerun Derby and it was one for the ages. Read this article to learn more about what went down in the Homerun Derby this year.

The Yankees’ Funeral Procession is About to Begin

The Bronx Bombers. The Savages. The Evil Empire. These nicknames are dead, and so is the Yankees’ chance of winning the American League East. New York is dead, and I hate to say it, but […]

Can Anyone in the NL Catch the San Francisco Giants?

The San Francisco Giants are finally back in the race for the National League pennant. And it looks like they are running away from their competition in the NL. […]