The money is being pushed to the center of the table as the 2021 MLB Playoffs are less than two months away, and teams are clamoring for one of the five spots available in each league.

The trade deadline proved to be one of the craziest in recent history and set up different teams to make potential leaps into the postseason, while other clubs got rid of their stars and invested in the future.

There is still room for plenty of movement within the playoff picture, and these predictions reflect that possibility, with a couple of clubs leaping ahead while others will be starting their vacations early; without further ado, here is a preview of what is to come in the 2021 MLB Playoffs.

The Reds are currently two-and-a-half games behind the San Diego Padres in the Wild Card race, but recurring injuries to Fernando Tatis Jr. and a suggestion that he could play in the outfield once he returns represent the inconsistency that the team will be facing. Adam Frazier has also only batted in one run since arriving from the Pittsburgh Pirates ahead of the trade deadline and is hitting below his season average during his time on the West Coast.

11 of the Reds’ 16 remaining series will be against teams with losing records, while the Padres still have three series against the Dodgers and the San Francisco Giants, among others. They also recently got their talisman in Nick Castellanos back recently, who was leading the league in batting average when last seen.

The Dodgers, meanwhile, will be their opponent as they will fail to close the four-game gap on the Giants. Do not be fooled though— their season does not start until October, and they will wallop the Reds.

This series should not occur until the next round, but because of the National League West’s incredible talent, baseball fans will get it in the Wild Card. The season series is currently split at eight apiece, though the Giants have won five of the last seven. 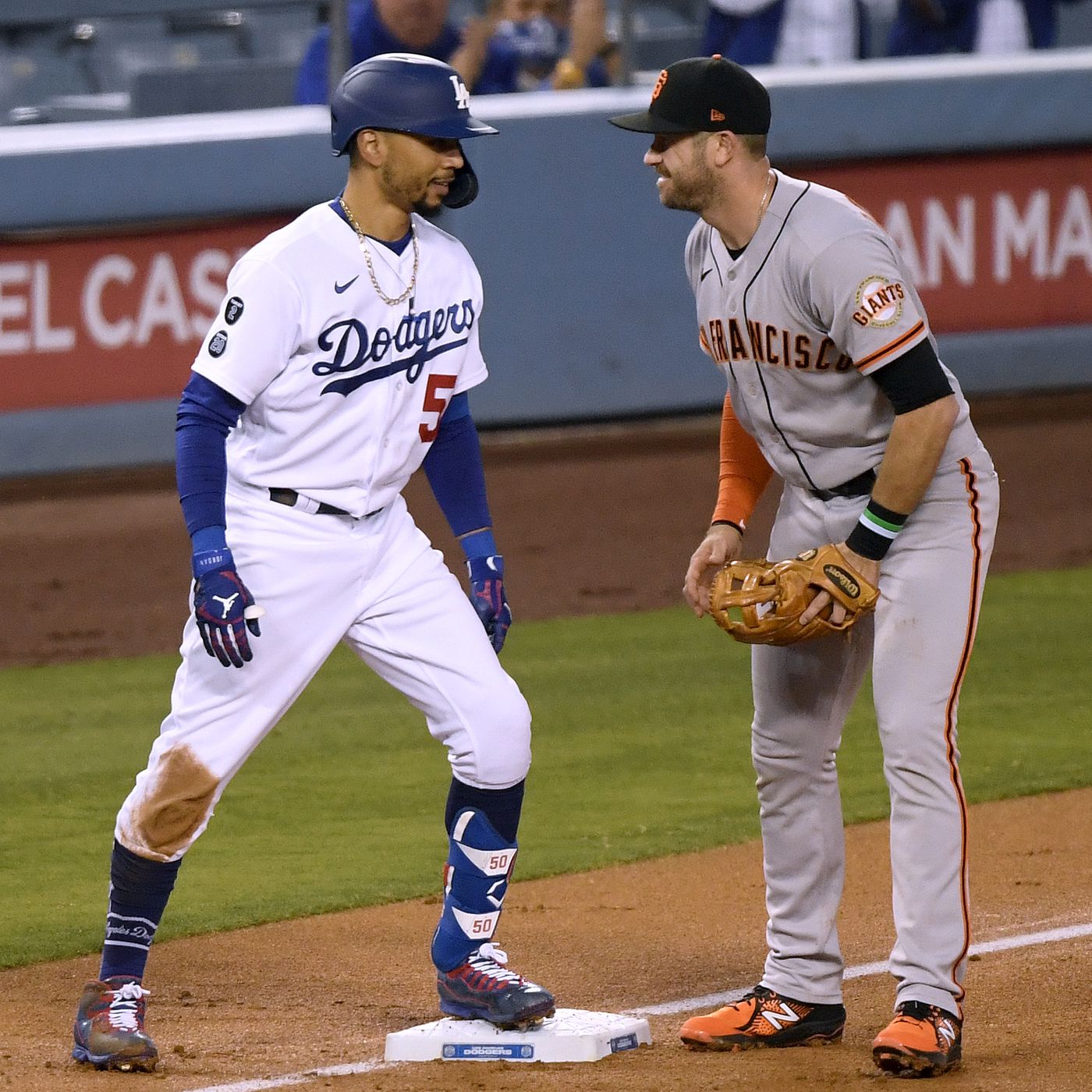 The Giants have been the best team in the MLB for most of the season and snapped up Kris Bryant to bolster their championship hopes, though they still do not have the talent that their California rivals do.

LA has three former MVPs on offense, a couple of Cy Young-winners in the bullpen, and are the defending World Series champions; they have scored the second-most runs in baseball while their pitchers have produced the lowest ERA, all in spite of only just adding Max Scherzer, Trea Turner, and Danny Duffy to their roster. Pitching wins games in the playoffs— the Dodgers have the best rotation in baseball, and a star-studded offense to complement it. The Giants’ miracle run will undeservingly end in the Wild Card.

No. 2 Milwaukee Brewers vs No. 3 Philadelphia Phillies

The Brewers have quietly been having an excellent season and could become the second Milwaukee team to win a title this year, following the Bucks in basketball. The Brewers are middle-of-the-pack in scoring and home runs, though their third-worst batting average could slow them down.

On the other hand, the NL Central leaders have, statistically, the second-best crew of pitchers in the MLB; they have caused problems for batters around the league and are primarily responsible for elevating the team to the position that it is in.

The Phillies, meanwhile, have won eight straight games to seize control of a very winnable NL East, and with an easy schedule ahead of them, they should be expected to reach the Wild Card; they have a couple of great pitchers of their own in Zach Wheeler and Kyle Gibson, though they are lacking in the bullpen.

This series will be very close, but the Brewers will be able to close out games better because of their depth, while Phili will only go as far as Bryce Harper can carry them— that will be to the Wild Card and no further.

This series is a mismatch; even if the battle on the mound is a near-push— which it certainly is not, despite what the statistic may say— the Dodgers’ batters are far too explosive and consistent for Milwaukee to have a chance at keeping up on the scoreboard. 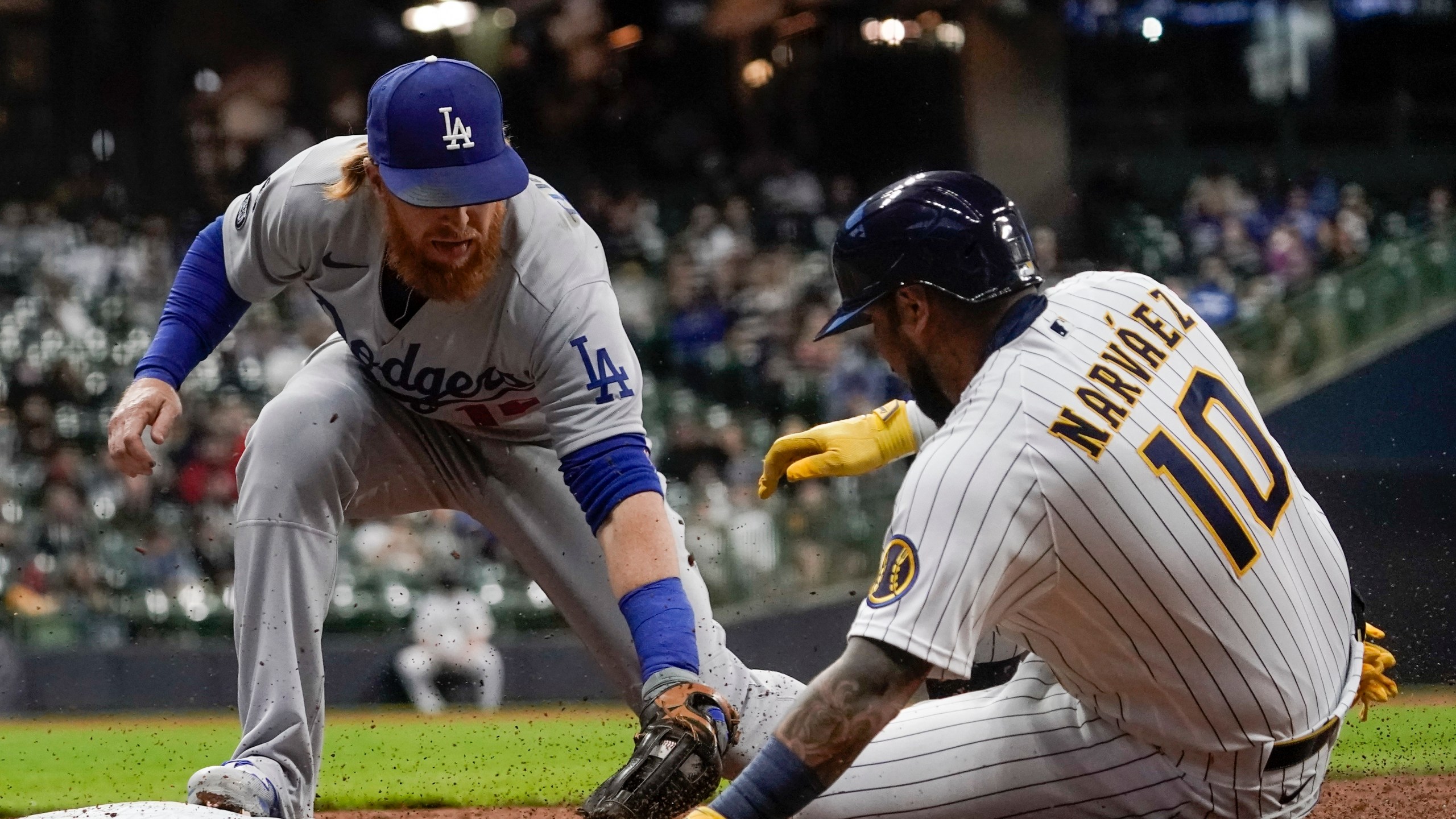 The Brewers won three of four games against their future opponents back in April, but that was a long time ago, and the Dodgers are not only a new team, but they will be even better in the postseason.

LA is defined by World Series victories at this point, and Milwaukee is nothing more than a stepping stone on the path to a second-consecutive title. The Brewers would be lucky to get two games in this series, although a line on the series lasting 5.5 games would be fair.

Starting with the elephant in the room here, no the Boston Red Sox will not make the playoffs, and no, the New York Yankees will not make the playoffs. The best ERA among the five of Boston’s pitchers that have seen the most action is 4.07, and the average is 4.72; whether or not the injured Chris Sale makes a return, his presence cannot help lift a rotation of pitchers that has been below average this season.

The Yankees, meanwhile, have been disappointing all season; they have won 10 of 13 and did make excellent moves at the deadline by adding add Joey Gallo and Anthony Rizzo, but they are not a team that has been built to succeed in the playoffs. NYY hits home runs, they strike out, and they go about their day.

The Blue Jays will make the Wild Card because of their other-worldly hitting talent and improved pitching, now that Jose Berrios is in the picture— between him, Robbie Ray, Hyun Jin Ryu, and Alek Manoah, they have a better chance at limiting their opponents than either of the two American League East teams currently ahead of them in the Wild Card picture. Toronto will make up a three-game deficit on the Sox and sneak into the playoffs.

Their opponent-to-be, the Athletics, is in pole position for the Wild Card, though their record is identical to the Red Sox’. The A’s have a manageable schedule ahead of them and have been playing consistent ball lately, spurred by a deadline trade for Starling Marte. They will also be the smart pick to take down the Jays in the Wild Card because they are more consistent, setting up a date with…

The Astros have not been in the greatest form lately and have lost respect as a result, but they should still be regarded as the best team in the American League. They hit the ball, they limit their opponents, and they do not make many mistakes— that is tough to beat.

The A’s cannot get as hot as the Astros and would be outmatched in that sense, though if there is a particular strength of their team, it is limiting home runs. Still, Houston has won all four of the season series thus far, and they would win a playoff showdown as well.

Oakland could take this matchup to the final game, but the Astros’ experience and overall talent would help them pull it out.

No. 2 Tampa Bay Rays vs No. 3 Chicago White Sox

The Rays have the AL’s best record right now, and although they will slip out of first, they will not fall any further. Tampa Bay keeps finding new ways to win games, whether it be through their bats or their defense.

Their opponent, the White Sox, would be extremely scary in close games because of their All-Star relievers, Liam Hendriks and Craig Kimbrel. They also have a stud in Lance Lynn as their ace, who does not lose too many games.

The White Sox’s record has been slightly inflated by how easy their division is while the Rays have had to trek through a crowded AL East, which would favor the latter. However, there is no price for being able to win in crunch time, and Chicago would win this series behind its pair of elite closers.

The White Sox are amongst the league’s best on both sides but simply cannot match up with the Astros, who have been there and done that before; say what you want about the cheating scandal, they are still better than anyone in the AL.

The White Sox’s miracle run would run out here, and the season would be considered a success. If Chicago adds a high-profile batter and leader next year, then they will be in championship contention, but they are one piece away as presently constructed. 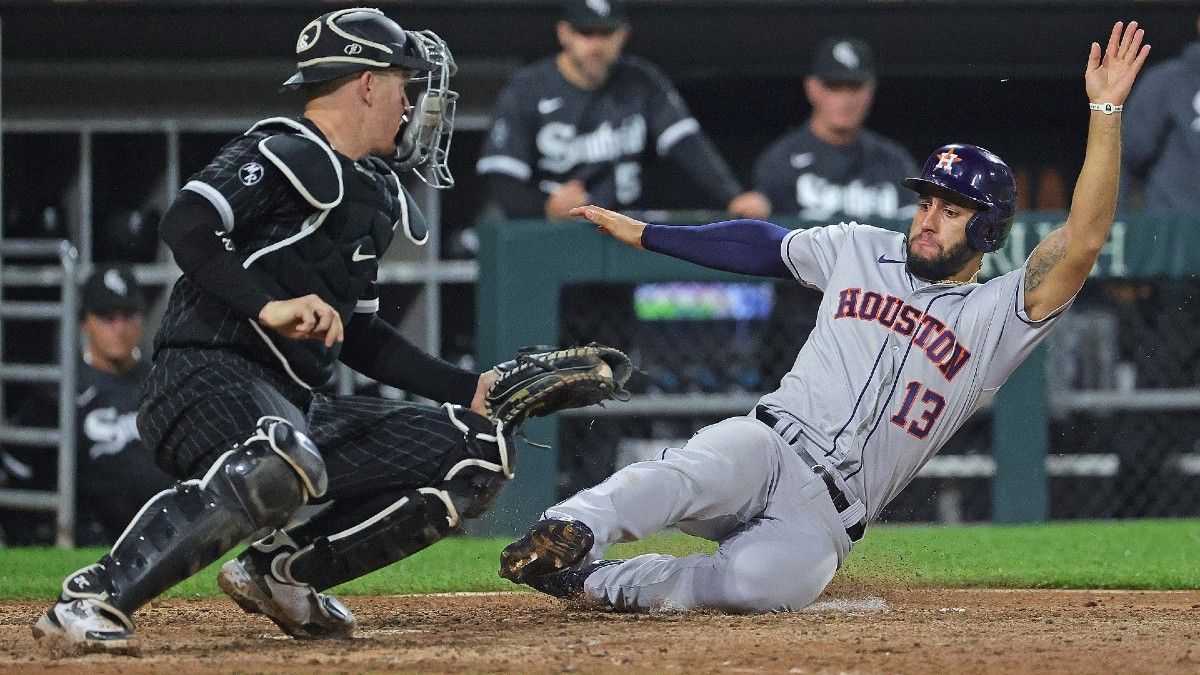 Be completely honest with yourself: this is the World Series that the baseball world needs to see.

The true-blue Dodgers will take on the league’s super villain, the Astros, in what would be one of the most loaded World Series ever. Both teams have points to prove, but for very different reasons: the Dodgers want to show that they are a dynasty, while the Astros need to put their scandal behind them and wing a ring to prove that they are still the best without outside assistance.

The blend of styles in this game would make every matchup a spectacle, with the chance that the score ends up 1-0 or 10-9, depending on the night.

As great of theatre as the series would make, the Dodgers would clean up in a maximum of six games; their bullpen is too loaded to do anything other than win the World Series, and their MVPs will rise and shine in a series that will end just as quick as it starts.

The Los Angeles Dodgers are going to win the 2021 MLB Playoffs, their second in two years— lock it up. 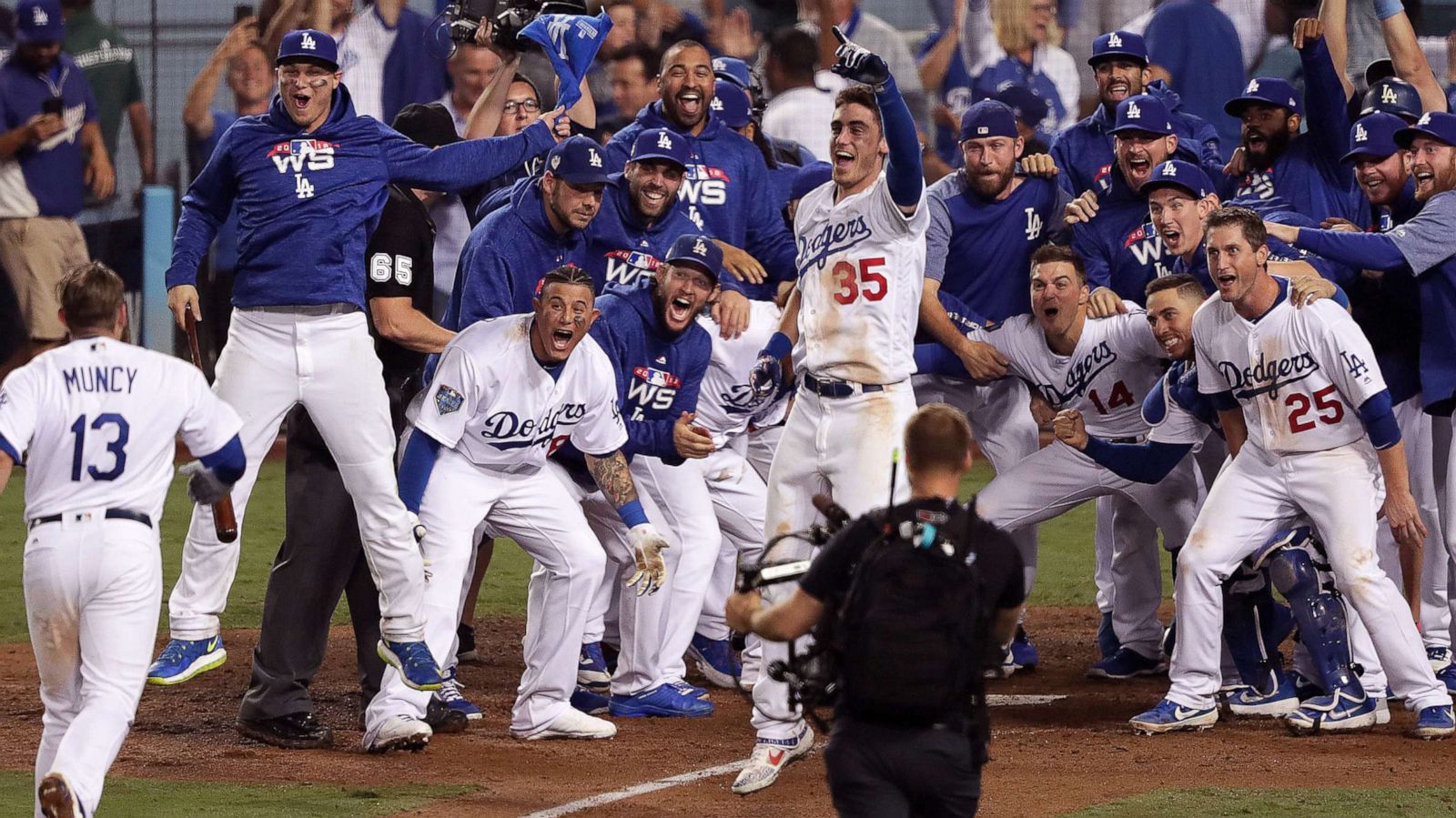