Boston entered Friday’s night contest against New York as underdogs, but they prevailed in front of a packed house at Fenway Park. As a result, the Red Sox remain undefeated against their division rival on the season.

Boston’s pitching staff was sensational on Friday night. On Thursday, Matt Barnes, one of the most reliable closers in the game, had a wild pitch which allowed the Rays to claim a 1-0 victory.

Great staffs can turn the page, and that’s exactly what Boston’s bullpen did on Friday. Martin Perez’s night was ended after 3.2 innings. Three unearned runs crossed the plate thanks to a Xander Bogaerts error.

The error hurt Perez’s efficiency, and a high pitch count through three made Alex Cora go to his bullpen in the top of the fourth. 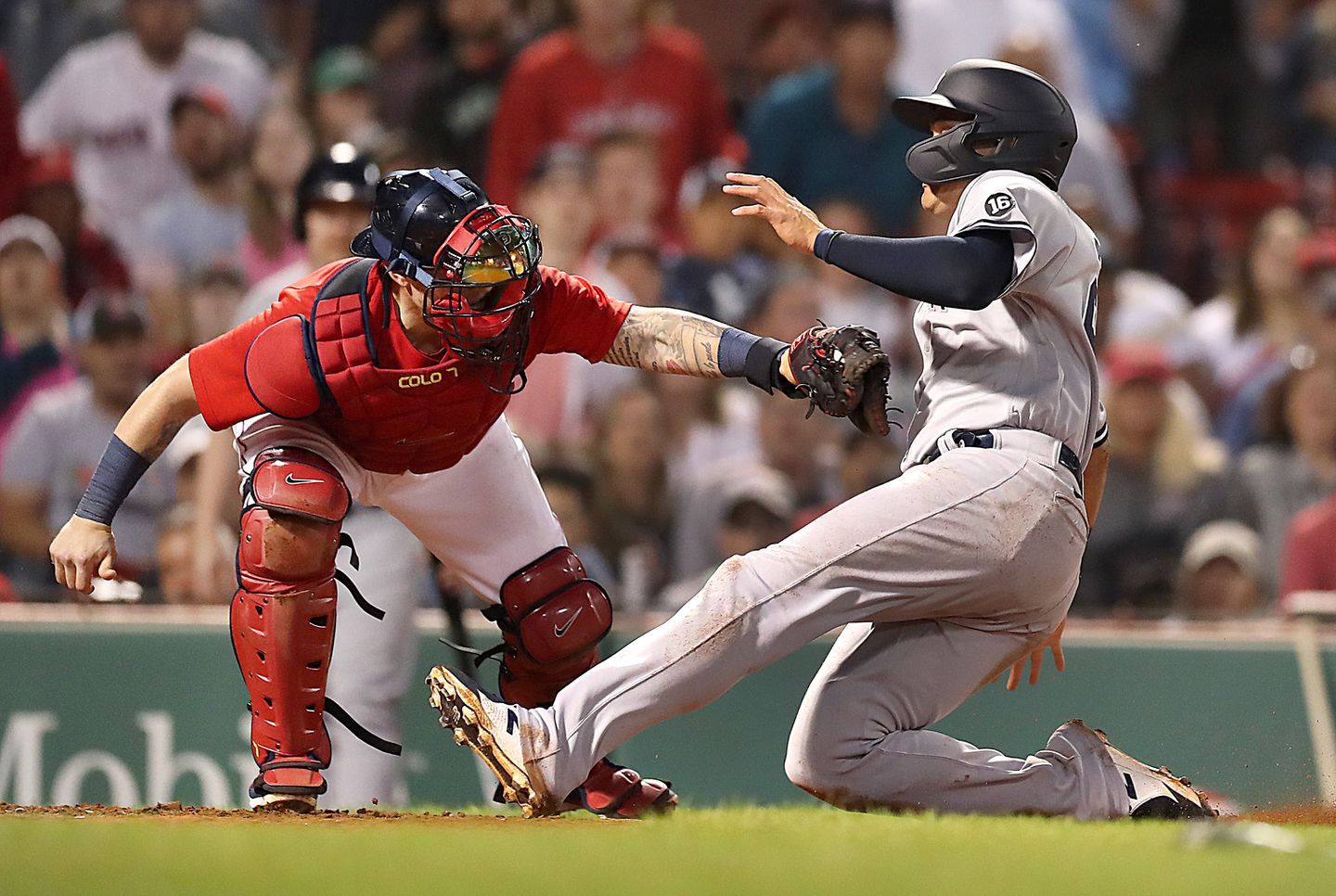 The bullpen proceeded to pitch 5.1 innings without allowing a run to a surging Yankees lineup. Hirokazu Sawamura was the first pitcher to get the call. He tossed 1.1 innings with two strikeouts and no hits.

He was relieved by Garrett Whitlock, who earned the victory. Whitlock struck out two batters over two innings before giving the ball to Adam Ottavino for a single frame.

Barnes finished the job in the bottom in the ninth, earning his 16th save of the 2021 season. Over 5.1 innings, Boston’s bullpen allowed three hits. The league believed that New York’s offense was back, but the Red Sox showed that they still have a lot of work to do at the dish.

Bogaerts and Renfroe Come up Big

Boston has the best middle of the order in baseball. Many people think that this award belongs to Houston, but J.D. Martinez, Xander Bogaerts, and Rafael Devers are feared throughout the league.

However, last night the big three was quiet except for Bogaerts, who drove in two of the team’s five runs. Good teams find a way to win, and the Red Sox made this happen in front of 36,389 fans in Fenway Park. 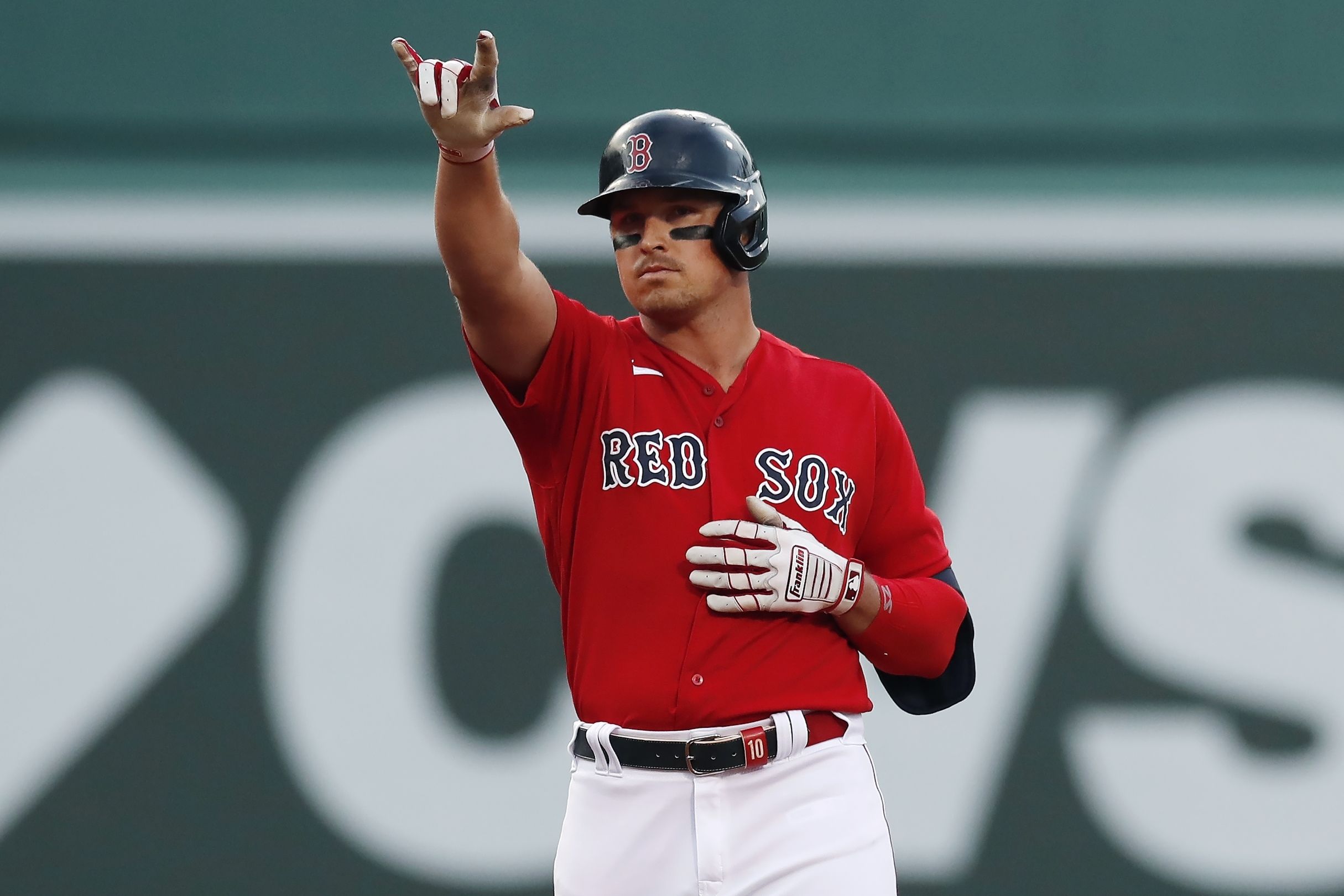 Renfroe collected two RBI, including a go-ahead sacrifice fly in the third inning. Perez, who started on the hill, credited the bullpen and the offense for the team’s fourth win over the Yankees this season.

He said, “It’s not just one player winning the game. I think it’s everybody putting everything together to win it. That’s what we did tonight.”

The pitcher could not have said it any better in his postgame presser.

There is still a lot of time left in the 2021 season. However, Boston is proving that they belong in the division conversation. New York, the preseason favorite to win the AL East, has not found a groove in 2021.

The Yankees are a team that should be able to sustain a winning streak. They are going to get hot and be in the division conversation. Nevertheless, New York has to improve in all facets of the game to be playing in October.

This starts by beating the Boston Red Sox in Fenway Park. Game two will feature Jordan Montgomery and Nathan Eovaldi. Boston is a slight favorite at -125 to win game two of the series.

Another Day, Another 2021 No-Hitter Thanks to Corey Kluber

Baseball has another no-hitter in 2021, thanks to Corey Kluber. There have now been six no-hitters. We had two no-hitters in three days earlier this season. Now, thanks to Spencer Turnbull and Corey Kluber, we […]