In our Baseball Spotlight San Francisco Giants 2021 season preview, we take a look at everything from last season to projections for the 2021 season. Let’s get started!

The Giants missed the expanded postseason in 2020 by one game. The team is going to miss the playoffs by many more contests in 2021, but I think San Francisco has a lot of potential.

The Giants were relevant last season, and I think they could still be pertinent in a spoiler role throughout 162 games. The Dodgers and Padres divisional race will come down to head-to-head victories and wins against the Giants.

Therefore, a lot of people will be interested in San Francisco in 2021.

Giants’ manager Gabe Kapler has done a fantastic job finding ways to win during a rebuild. The Giants began 2020 with an 8-16 record, but they improved offensively to finish two games below .500.

This will be Kapler’s second year leading the team, and I think this will be evident with the Giants’ quality of play. I am high on San Francisco for the future, but they are still rebuilding, and this takes time to translate to consistent wins on the field.

The top of the lineup is going to make or break the Giants. If the star players produce, San Francisco has a great chance of securing third place in the division in front of the Diamondbacks. 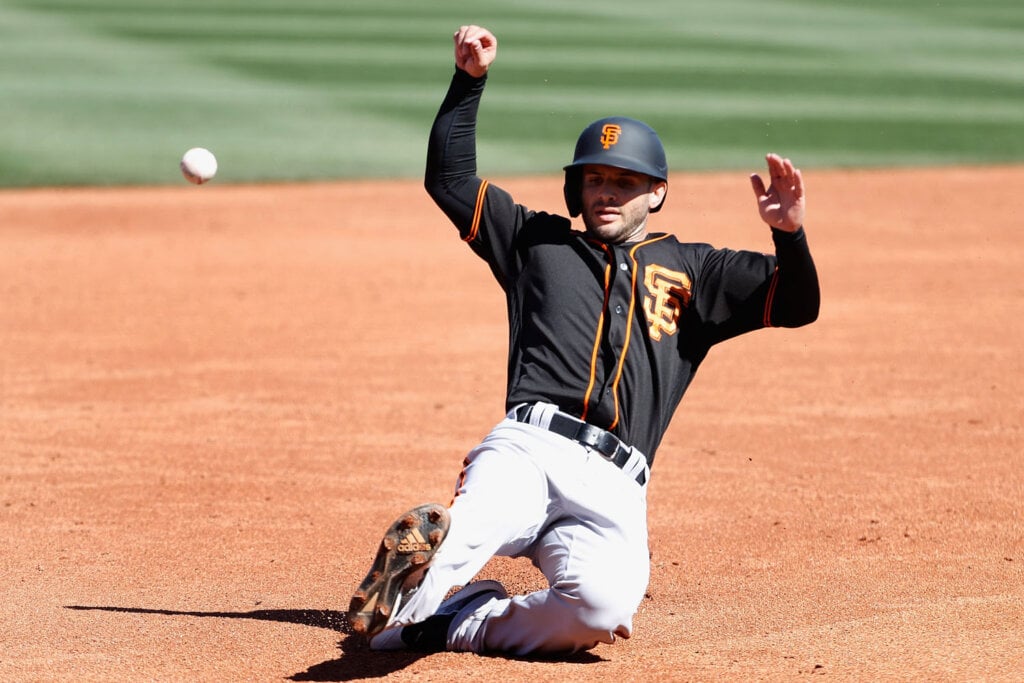 If the top of the order struggle, it will be felt throughout the entire organization. Tommy La Stella will lead off for San Francisco, and he is probably the best overall hitter on the roster.

He does not have a big stick, but he has a tremendous eye and can hit for average. La Stella will not hit over 15 bombs in 2021, but his job will be to get on base.

La Stella is new to the Giants in 2021, and he will be a massive help to the surging offense from last season. The former All-Star should help protect Mike Yastrzemski, who established himself as a franchise player in 2021.

The outfielder finished eighth in the MVP voting last season after slashing .297/.400/.568 with ten home runs and a league-leading four triples.

Yastrzemski, who made his MLB debut in 2019, will turn 31 this year, so he is not a player they can rely on for the extended future. Nevertheless, he is a player that will be beneficial for the squad for the next couple of years at a minimum. 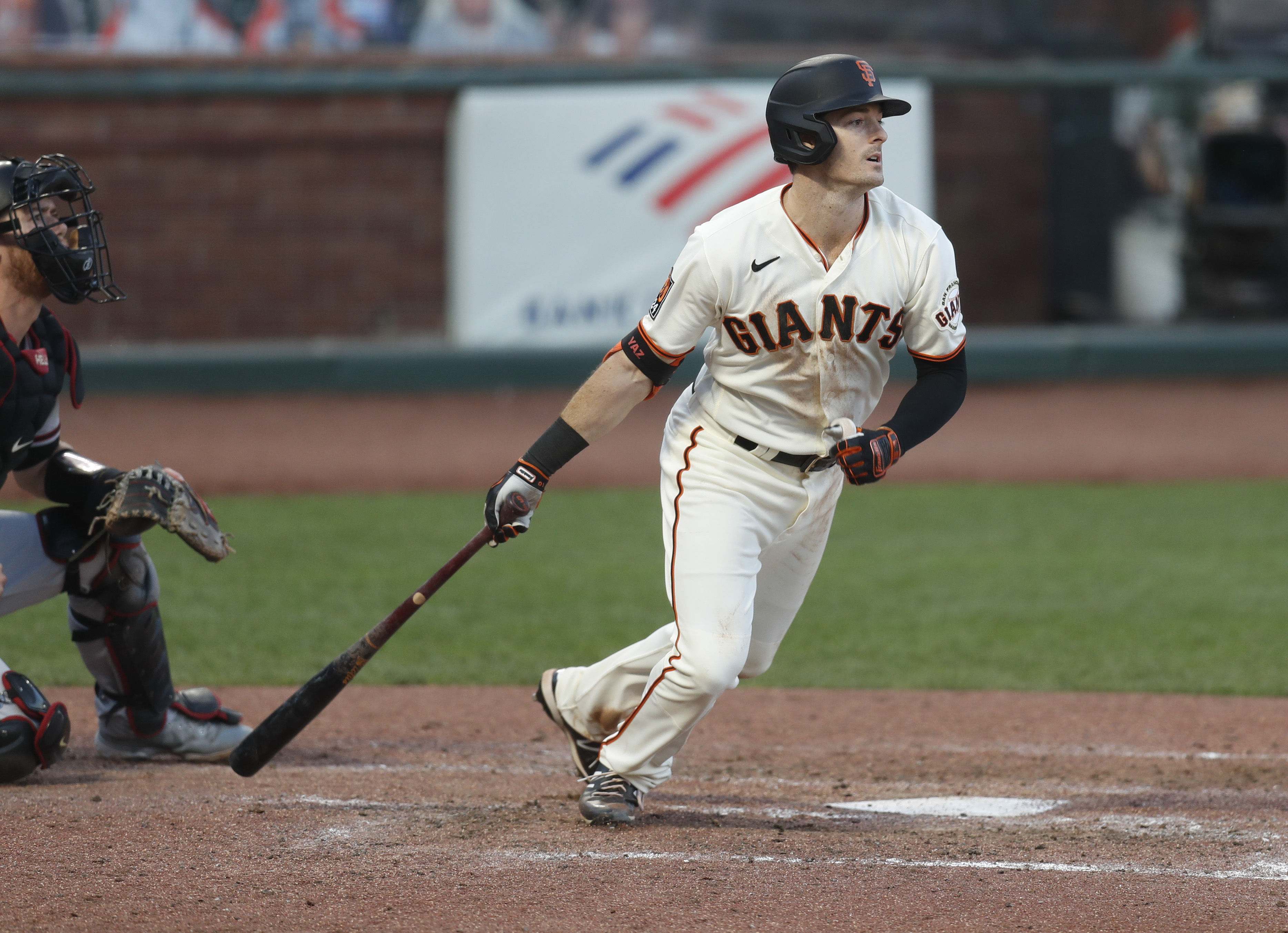 Alex Dickerson will follow these two players in the cleanup spot. Dickerson should contribute 20 bombs to the Giants, but he is a very inconsistent player.

The main question with the Giants in 2021 is what they will do with Buster Posey. Posey is a San Francisco staple, but his contract expires at the end of this season. San Francisco may use Posey at the deadline to get some prospects.

Even if Buster Posey spends the whole year with San Francisco, do not expect him to return to the team in free agency. He opted out last season, so there are a lot of questions surrounding the catcher.

The Giants’ pitching staff is not in bad shape. I really like a lot of the starters in the rotation. San Francisco is led by Kevin Gausman, who has not received any accolades but do not be fooled by this fact.

Gausman is a top-tier starter for many teams. I do not think he should be an ace, but the wing is a reputable starter. 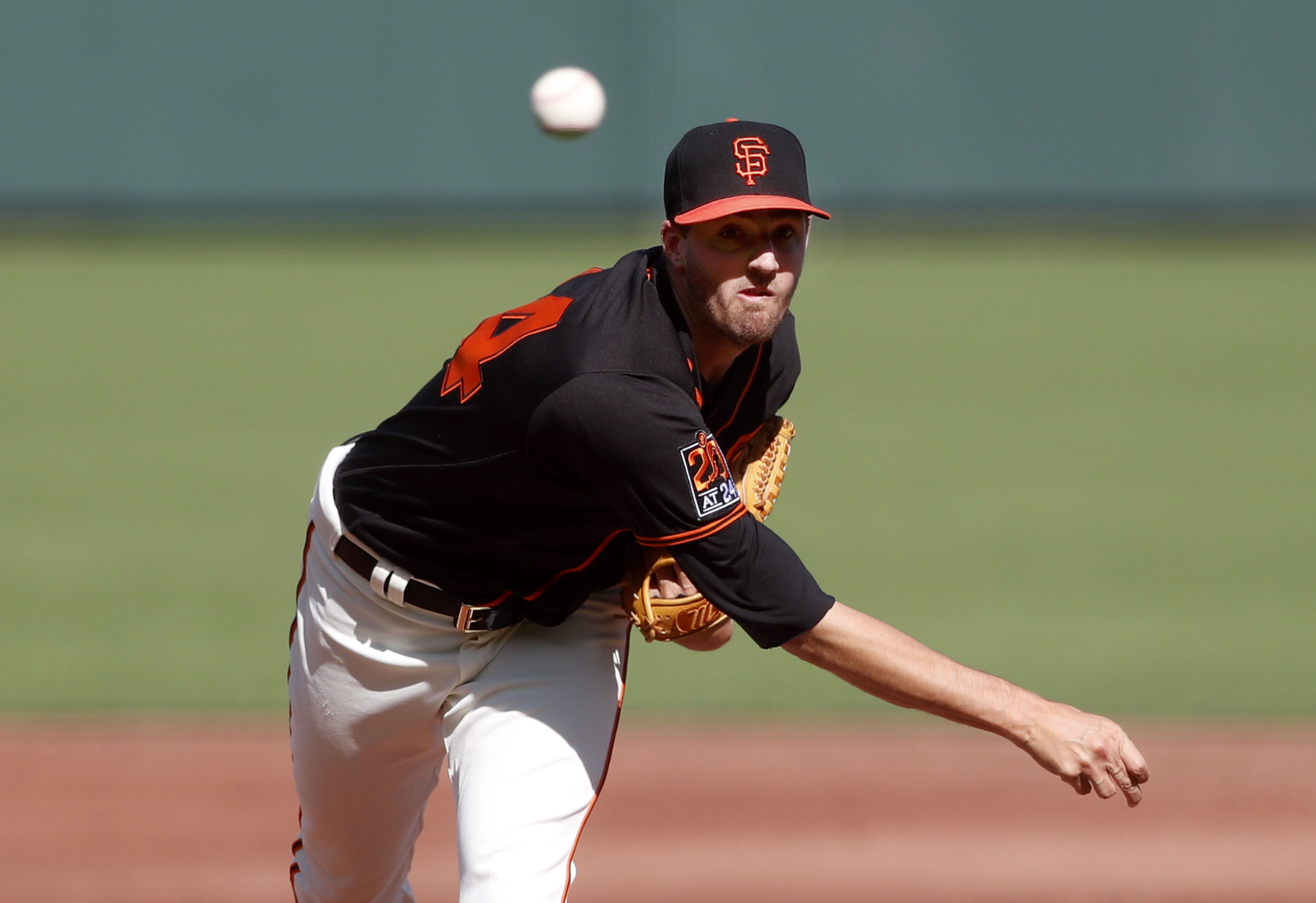 He recorded a 3.62 ERA in 60 innings of work last season. He has electric stuff when he is clicking, which is evident with his 173 K/162 games average throughout his career.

Johnny Cueto will follow Gausman on the second day of the season. Cueto is a two-time All-Star who has received Cy Young votes three times in his career. 2021 will be Cueto’s 14th season in the big leagues, so he is slightly past his prime.

Cueto has struggled the past four seasons because of lousy production and injuries, but I think he will improve in 2021. The Giants do not need the Johnny Cueto from 2014, where he fanned 242 batters, but they need him to compile more quality innings than we have seen as of late.

Jake McGee is expected to open the season as the team’s closer. McGee has not been a true closer since his early seasons with the Colorado Rockies in 2016. The southpaw will be asked to secure victories in the ninth inning, but many skeptics are questioning his ability as he enters his age-34 season.

The Giants are an average team in a division with two of the best teams in baseball. This does not translate to playoff appearances.

MORE FROM BASEBALL SPOTLIGHT: If you enjoyed our Giants 2021 season preview, be sure and check out all of our MLB team and division previews before the 2021 season’s first pitch is thrown!

Bryce Harper Starting to Heat Up

The Phillies were not swept by the San Francisco Giants on Wednesday, thanks to Bryce Harper. In the seventh inning of Wednesday’s contest, Harper stepped up to the plate and delivered in front of 9,537 […]