In our Baseball Spotlight Seattle Mariners 2021 season preview, we take a look at everything from last season to projections for the 2021 season. Let’s get started!

The Mariners finished in third place in the division in 2020 with a record of 27-33. Seattle missed the playoffs by five games last year, and they will enter 2021 looking to end a 20-year playoff drought.

COVID-19 threw off the Mariners developmental plan in 2021. Without Minor League action and a limited big-league schedule, a lot of the young talent did not receive the workload that the Mariners desired.

This could change Seattle’s strategy heading into 2021. The front office and manager Scott Servais have told the media that they are still rebuilding, but they still have every intention of winning games this season.

The Seattle organization believes that its young players are ready to compete. This is a reasonable belief, but the Mariners are not a division championship caliber team just yet. Although, in a couple of years, the entire league should watch out for the M’s.

The Mariners are a very talented defensive team. This is one thing that nobody can take away from Seattle. The defense will need to be sharp to support a young pitching staff, but the M’s will have trouble scoring runs.

The one blessing they have going for them is that there are many contact pitchers in the American League West. This should help the young players on the team become comfortable in the box.

The infield is solid because of Evan White at first-base and J.P. Crawford at shortstop, but these two are not complete players. They each have won Gold Gloves at their respective positions, but they do not offer a lot with the stick in their hands.

Crawford and White will have to be conscientious about watching pitches and getting on-base. Crawford will lead off for the M’s. Crawford still has minimal service time, but he has established himself as a guy who looks for walks and has little pop in his bat.

I want to see Evan White improve his offensive attack in 2021. He has potential because he is only 24 years old. If he can produce at the bottom of the order, the M’s will benefit drastically.

The three big bats at the top of Seattle’s order are Mitch Haniger, Kyle Lewis, and Kyle Seager. Many questions surround Haniger because injuries have caused him to miss the majority of the past two seasons.

Kyle Seager is the veteran leader of Seattle, with Felix Hernandez now in the Baltimore Orioles organization. Seager has been an everyday player for Seattle since 2012, and his stats resemble this consistency.

When I examine Seattle’s offense, I am very intrigued. The entire team, except for a few veterans, has limited-service time. Young players who have long careers in the MLB get better with every at-bat, so do not count out the M’s, especially following the All-Star break.

The pitching depth is a concern. The Mariners do not have an ace who you can point to and say that pitcher will consistently put together reliable starts. Marco Gonzales or James Paxton should get the ball on Opening Day.

Marco Gonzales is at his best when he throws a lot of innings. If Gonzales’ arm can handle a large workload, he could be reputable in 2021. Gonzales is a player who tends to start slow before he gets comfortable on the rubber. 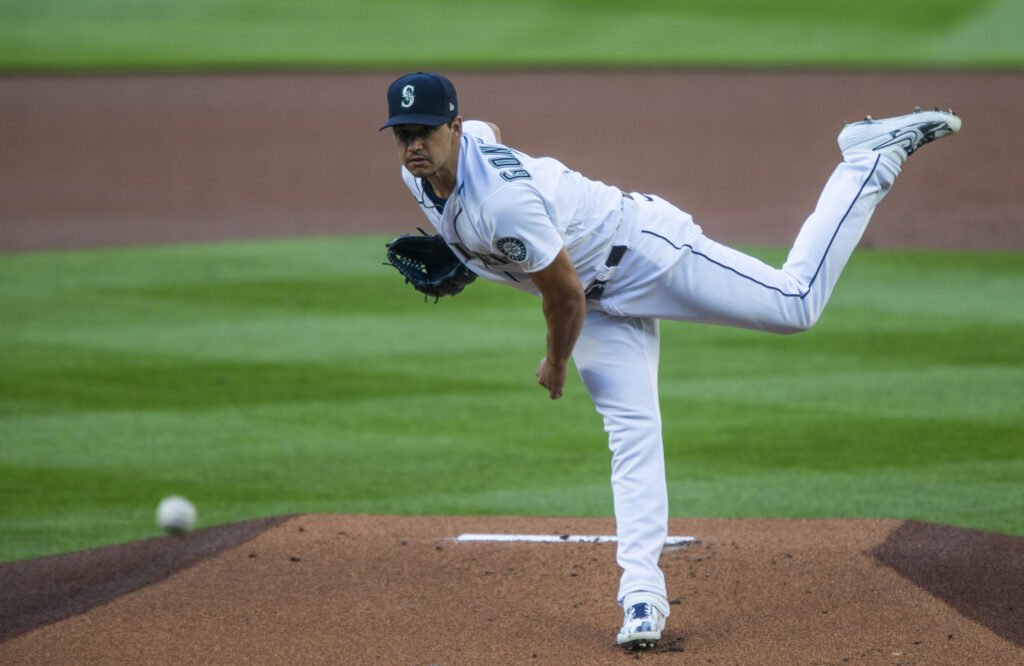 I want to see Gonzales take the ball on Opening Day and own the mound. He has teetered with greatness, but it’s always two steps forward and one step back. If the Mariners do sneak into the playoff conversation, Gonzales will have played a pivotal role.

James Paxton returns to Seattle after a two-year stint with New York. In 2018 and 2019, Paxton was excellent, totaling records of 11-6 and 15-6, respectively.

Paxton is a better pitcher than Gonzales, but he cannot handle an intense workload. The most innings that he has thrown in his eight-year career is 160.1 in 2018.

He is coming off some injuries in 2020 where he only threw 20.1 innings for New York. I expect Seattle to give him a short leash early in the season because of his limited action in 2020.

The Mariners have a nice selection of young arms in the back of the rotation and the bullpen. The veteran, Rafael Montero, will close for Seattle. Nevertheless, expect to see the 26-year-old Anthony Misiewicz be given the ball in tight moments in 2021. He should receive close to 60 innings of work throughout 162 games.

The M’s have too many holes in their lineup to win the American League West. Although, there is something about this team that makes me want to follow their progress closely in 2021. Seattle could be the next dominant team in the AL West like we have seen from the Astros in the past four years.

MORE FROM BASEBALL SPOTLIGHT: If you enjoyed our Mariners 2021 season preview, be sure and check out all of our MLB team and division previews before the 2021 season’s first pitch is thrown!

Jarred Kelenic Debut: A new era of Seattle Mariners baseball has officially begun because Jarred Kelenic has arrived in the show. Kelenic, the fourth-ranked prospect in baseball, made his MLB debut on Thursday at home […]

How can the Baltimore Orioles bounce back after a unforgiving deadline? Read this article now to find out! […]