The Atlanta Braves won the NL East last season with a record of 35-25. The Miami Marlins were the division’s biggest surprise, finishing in second place. The Phillies, Mets, and Nationals finished in third, fourth, and fifth, respectively.

The NL East is expected to be highly contested this season throughout 162 games. The Mets, who finished at 26-34 in 2020, have been picked to finish second in 2021. However, with their offseason moves, New York is my pick to win here in our NL East preview.

The Braves won the NL East last season, and they got a lot better with their offseason acquisitions. The team’s biggest offseason signing was Charlie Morton to a one-year, $15 million deal. Morton provides an extra level of depth to the Braves’ rotation behind Max Fried.

Fried finished fifth in the Cy Young voting in 2020. The young star seems to improve every single time he takes the hill.

In the batting order, Atlanta is deadly. Opposing pitchers will have trouble navigating this jam-packed lineup. Seven of the team’s eight starting position players are expected to hit 20+ home runs this season.

The Braves’ core players are also very young. Atlanta is going to be good for a very long time behind Ronald Acuna Jr. and Ozie Albies. The Mets have a strong group of pitchers, especially once Noah Syndergaard returns from Tommy John’s surgery, but the Braves are still going to be tough to beat throughout 2021.

The Mets had a down year in 2020. New York changed ownership this offseason, and it seems like the new front office is looking to put the Mets back on top of baseball.

Francisco Lindor headlines the projected 2021 lineup. Lindor has only played in the professional ranks for five full seasons (not including 2020), and he has made four All-Star Game rosters.

Lindor signed a one-year deal with the Mets in the offseason. This could be a one-season stop for Lindor if the Mets do not extend his contract before Opening Day. Lindor’s presence will help the other batters in this lineup excel, like Michael Conforto and Pete Alonso.

The Mets’ starting rotation is exceptionally talented. The headliners are Jacob deGrom, Carlos Carrasco, and Marcus Stroman. This group will also include Noah Syndergaard in June once he recovers from Tommy John’s surgery.

Mets’ closer, Edwin Diaz, is one of the best in baseball. The combination of starters and relievers in New York will need to be spectacular to dethrone the Braves.

The Washington Nationals have the talent to make a run for the NL East title. The media seemed sure that the Nationals would finish third in the division, but if Washington comes together, they can surprise many people.

The addition of Kyle Schwarber to the lineup will add a ton of pop in the two-hole. Schwarber does not hit for average, but he has the power to take the cover off of the baseball.

Trea Turner and Juan Soto are poised for big 2021 campaigns. Soto is only 22 years old, but the youngster hit .351 in 47 games last season.

Max Scherzer, Patrick Corbin, and Stephen Strasburg are three of the most talented arms in baseball. This team does not have one go-to guy. Washington has three aces at the top of their rotation.

Jon Lester will follow these three in the rotation. Lester is on the downslide, but he still can shut down batters. Lester is a better pitcher than other teams ace, so he is an excellent #4 in Washington.

Philadelphia is one starting pitcher and one reliever away from winning the National League East. This may be a contested opinion, but this lineup can hit for average and power. This is a formula for success as long as there is pitching.

Aaron Nola and Zack Wheeler can deal. These two can consistently strike out batters, but the rest of the Nationals’ rotation is inconsistent at best. The majority of the rotation is young, but this is a reason that Washington will not be playing in October.

This team is a few years away from excellence. Bryce Harper, J.T. Realmuto, and Didi Gregorius are three of Philadelphia’s best players. Philadelphia also has former All-Stars Andrew McCutchen and Jean Segura in their starting nine.

Young pitching will cause Philadelphia to fall this season, but I would not be surprised if Philly steals a Wild Card spot once this team starts to mesh. 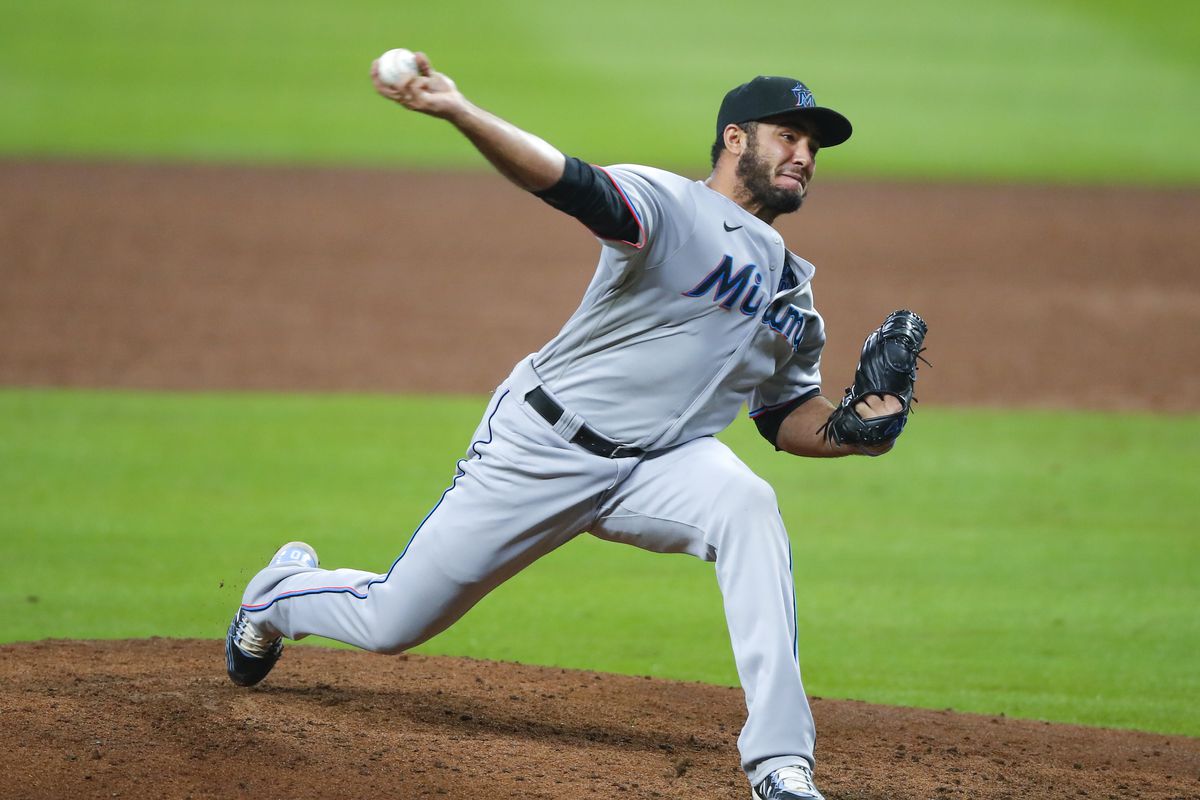 The Marlins finished second in the NL East last season, but they have been picked to be the worst team in the division in 2021. This is not because Miami is a roster that does not have talent.

Miami is a good team, but they do not have as many game-changing athletes as the four other NL East teams. Miami is very young, so this could change in the coming years.

The Marlins do not have a projected starting pitcher over the age of 25. Anthony Bass and Yimi Garcia should help the team’s cause out of the bullpen, but inexperience will be a downfall for Miami.

Miami has decent hitters, but nobody stands out because of their power. Starling Marte can hit for average, but he will have trouble finding team members who can consistently move him around the bases.