The Tampa Bay Rays are masters at quietly making noise in Major League Baseball. This is necessary for any championship-caliber team with a small payroll.

Tampa Bay has been streaking in their past ten games, but very few people are talking about their success. This successful stretch has allowed the Rays to establish themselves in the American League East conversation.

The team is tied for first place with the Red Sox. Both teams are less than a game ahead of the New York Yankees. The American League East race is going to be spectacular in September, but Tampa Bay has proven that they will be in the running down the stretch.

There is nothing special about the Rays, but the team has learned how to make noise in the show quietly.

The Rays started their dominant stretch with a 9-1 win over the Yankees at home. Rich Hill, the 41-year-old who does not seem to age, was flawless as the Tampa Bay offense blasted Jameson Taillon.

The next series came against the New York Mets in Tampa Bay. The Rays started the series off with a 3-2 win over the Mets. This would be the only close game of the three for the interleague opponents. 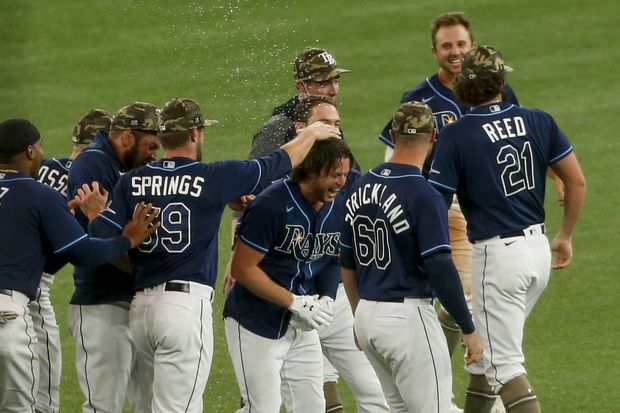 Tampa Bay outscored New York 19-6 in the final two games of the series. After the franchise finished off the Mets, they traveled to Baltimore and swept the Orioles.

They continued the road trip against the Blue Jays and are now one game away from breaking out the brooms for their third straight series. Game four from TD Ballpark in Dunedin, Florida, is Monday at 1:07 PM ET.

The Rays have outscored their opponents 81-35 at the plate throughout their past ten victories. Tampa Bay does not have a juggernaut offense, but there have not been many pitchers who have neutralized the team in the box.

The last pitcher to shut down the Rays was Gerrit Cole on May 12th. Three players have carried the load during the Rays winning streak. Mike Zunino and Austin Meadows have been the team’s power hitters, and Joey Wendle has defined consistency. 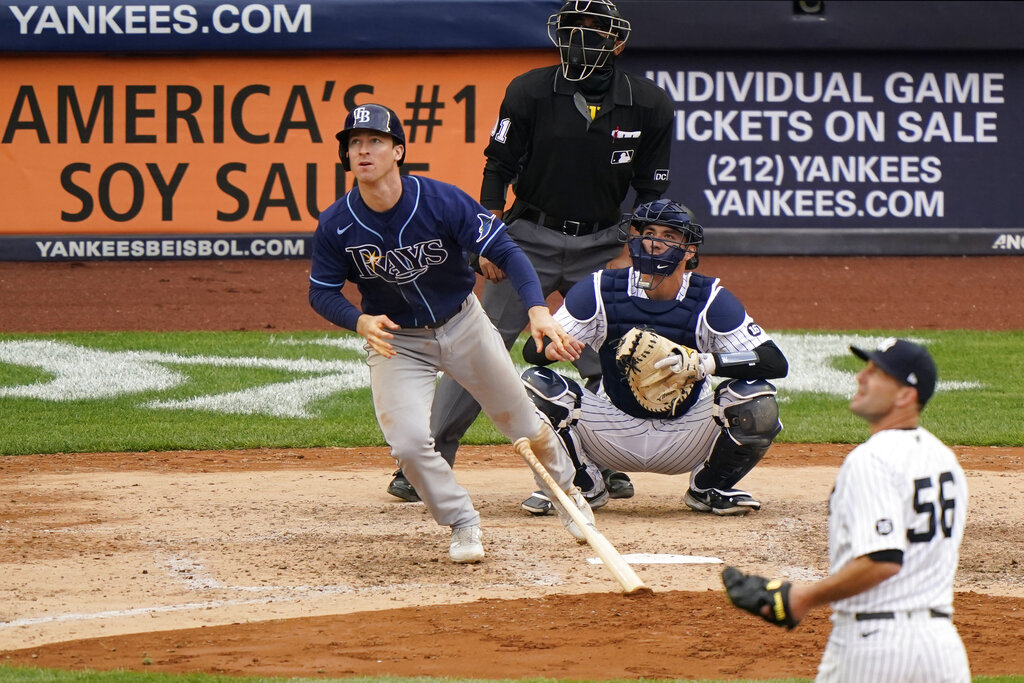 Zunino has left the yard 11 times in 2021, and Meadows has nine himself with 27 RBI. Joey Wendle has slashed .298/.351/.518. Even though these three are leading the offensive attack, the Rays have won by playing team baseball at the plate.

Randy Arozarena also has been a significant part of the team’s success. He is batting .273 with seven bombs and 24 RBI out of the leadoff spot in 2021.

Tyler Glasnow has led the Tampa Bay Rays pitching staff. He has a 2.90 ERA with a 4-2 record. Glasnow’s ability to fan batters has made him so special. The pitcher is fourth in the league in strikeouts with 87 in 62 innings on the hill.

However, Glasnow has not been the only pitcher who has shined this season. The bullpen has been sensational throughout the winning streak. Diego Castillo and Ryan Thompson have been solid in the late innings of games.

Andrew Kittredge has been the best reliever in 2021. He has a 1.23 ERA in 22 innings with 20 strikeouts. The streak has been a team effort throughout the Rays’ entire roster.

Every player has chipped in at one point for the franchise over the past ten games, but people are still not talking about the Tampa Bay Rays. This is the typical narrative, but the Rays will once again be in the championship conversation when September and October arrive.

Another week, another take on weekly MLB Power Rankings! Tampa Bay Rays are still t the top spot, but some of the entires on our rankings might take you by surprise! […]

Who Will Win AL Rookie Of The Year?

In the American League, the Rookie of the Year Award features four players with odds of +800 or better. With that in mind, let’s take a look at the contenders for this year’s award. […]