On Friday, the Red Sox honored Dustin Pedroia before the Yankees faced the Red Sox at Fenway Park. Pedroia’s final season came in 2019, and he was attempting to make a comeback in 2020. Although, things did not work out, which made him call it a career in February after years of knee issues.

The Red Sox chose to recognize the second baseman on the first night that Fenway Park was operating at full capacity. It was a special night and one that the former MVP will never forget.

The tribute for Dustin Pedroia was filled with smiles and tears on Friday evening. Pedroia was introduced in center field with flames shooting into the air as he strolled down the red carpet.

Tim Wakefield, Mike Lowell, Jacoby Ellsbury, Pedro Martinez, and Luis Tiant were in attendance to share the special moment with their former teammate and friend.

A ceremony at Fenway Park would not be complete without David Ortiz. Big Papi recently had surgery which prevented him from being in attendance. However, the future Hall of Famer still gave a heartwarming tribute to Pedroia that was displayed on the video board. 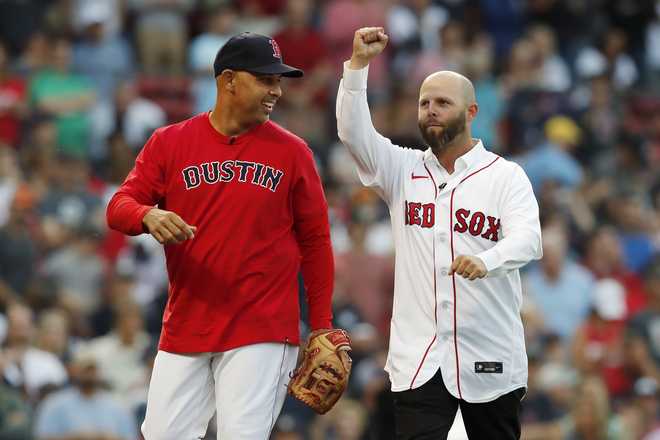 Ortiz may have been the big dog in Boston, but Pedroia’s stature did not mean his presence was not felt for the franchise.

Ortiz told Pedroia, “With you, I learned one thing. It’s not about sizes, it’s about heart, and you got a big one.”

The evening was capped off with a surprise from WWE Hall of Famer, Nature Boy Ric Flair. The Red Sox set up Pedroia’s ballpark entrance like a wrestling ramp, so it was fitting that the 16-time World Champion was in the building on Friday.

After the event, Pedroia said, “It was special. I mean, I did something good. This place is home for me. It means everything.”

Pedroia is in an elite category as a member of the Red Sox Hall of Fame Class of 2022. It typically takes players years to reach this status, but Pedroia’s impact was not like a typical athlete.

He did more for the franchise and the city than most players who sport the Red Sox jersey during their MLB tenure. The Red Sox drafted Pedroia in the 2nd round of the 2004 MLB Draft.

He was called up to the show on August 22, 2006, as a 22-year-old. Pedroia collected numerous awards during his time in the big leagues, but his most outstanding achievement was spending his entire career in Boston. 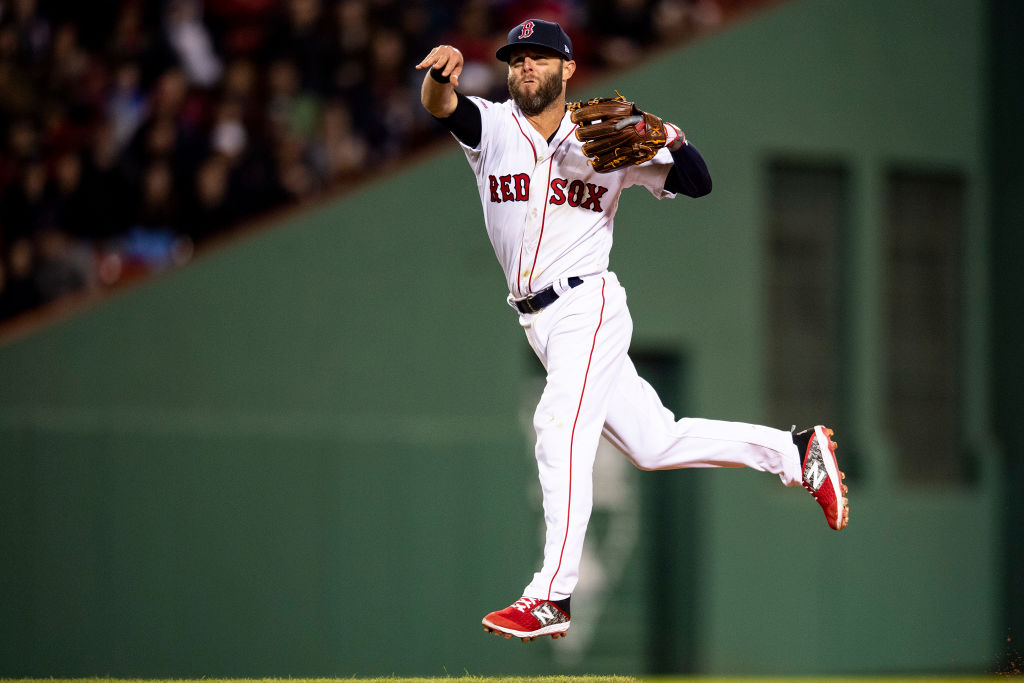 Pedroia played 14 years for one team, which is extremely rare in today’s game. Nevertheless, he helped lead Boston to two World Series championships and proved that the 2004 pennant was not a fluke for the franchise.

Individually, Pedroia will end up in Cooperstown for his stellar career. He began his MLB journey as the American League Rookie of the Year, and he never stopped making an impact.

At the plate, he was a Silver Slugger in 2008, the year he made his first All-Star roster. In the field, Pedroia was a four-time Gold Glove and the Wilson Overall Defensive Player of the Year in 2013.

Dustin Pedroia did a lot in Boston, but he is thankful for everyone who helped him along the way.

“It truly means the world to me to be a Red Sox.” – Dustin Pedroia

Boston entered Friday’s night contest against New York as underdogs, but they prevailed in front of a packed house at Fenway Park. As a result, the Red Sox remain undefeated against their division rival on […]