This article may not have the same effect the day after the Dodgers were beaten 6-5 by the D-backs, but it does not matter.

Los Angeles let the other 29 MLB franchises know they are better than them during the trade deadline.

The Dodgers acquired LHP Danny Duffy, RHP Max Scherzer, and SS Trea Turner. They gave up a lot of talent to pick up these stars, but it was in the club’s best interest. It also established that Los Angeles is better than every team in MLB.

When it comes to talent, money, and risk-taking, nobody is better than the Dodgers.

Andrew Friedman is a Winner

Andrew Friedman, the Dodgers’ President of Baseball Operations, wants to win. His moves in the past showed that he was a big game hunter, and the executive continues to reiterate this every year.

In the past four seasons, Friedman has acquired Yu Darvish, Manny Machado, Mookie Betts, Trevor Bauer, Max Scherzer, and Trea Turner through trades or free agency. He knows how to win, and he has the confidence to spend money knowing it will deliver wins. Los Angeles only has one World Series to its name under the Friedman era, but the team has won the National League West every season. He has formed a roster that has been to the World Series three times with one victory.

Friedman’s moves show the Dodgers are better than any team and baseball. They win on and off the field.

The Dodgers made the biggest splash of the deadline by stealing Max Scherzer from the Padres and taking Trea Turner in the package. On Thursday, it was rumored that San Diego was going to acquire Scherzer, but Friedman had other plans in mind.

He gave away a slew of prospects, including C Keibert Ruiz and RHP Josiah Gray. After the deadline, the executive spoke about acquiring Turner and Scherzer in a blockbuster deal.

“I feel like we had a championship-caliber team before this, with the group of talent we have, with the guys that are coming back from injury. But whenever you’re in position to win a championship, and you have impact-type players that you can add, our mindset is to be aggressive on that and try to balance the today and the tomorrow. And some of the times that we’ve balanced the future have put us in position to do this.”

Scherzer will add depth to the rotation that lost Trevor Bauer because of a sexual assault allegation. The squad also lost Clayton Kershaw for an extended period because of an injury. 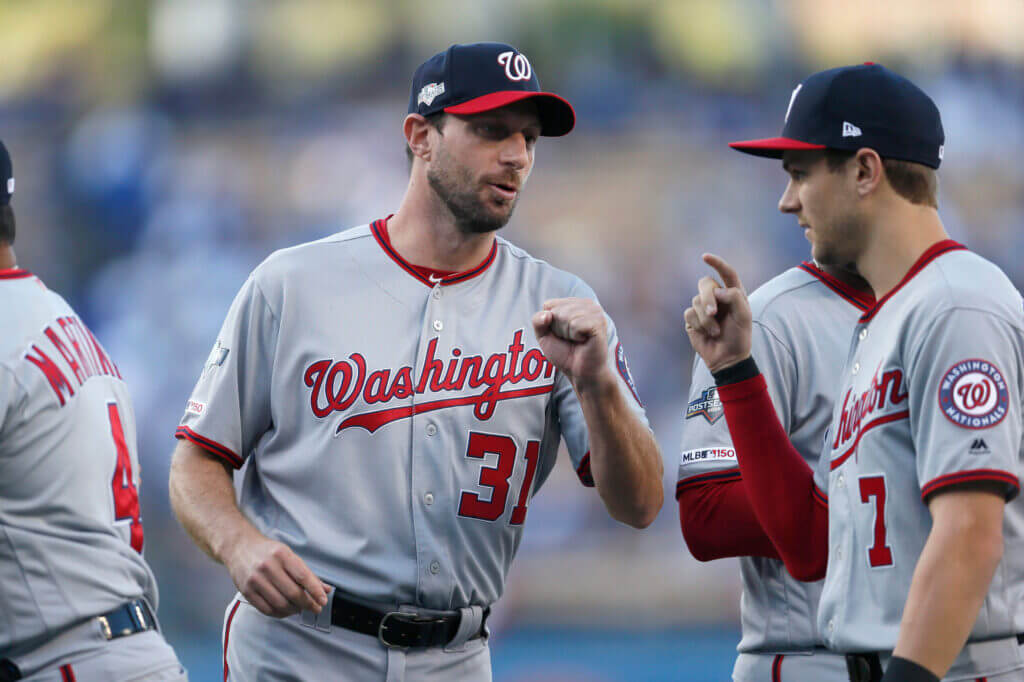 The Dodgers have been plagued by injuries that have not helped their cause. However, the team is still 62-43 and three games back in the division.

Los Angeles has underperformed, but they still have the third-best record in the National League. When their opponents are factored into the equation, it’s remarkable how well they have played with an extensive number of injuries.

The Dodgers are World Series Favorites

Following the MLB trade deadline, Los Angeles returned to their position as favorites to win the World Series. The Dodgers are still expected to take the division crown, but they need to win against San Francisco.

Scherzer’s arm and Turner’s All-Star ability takes this team to a new level. If Cody Bellinger can start to hit and Corey Seager finds his groove, the Los Angeles is virtually unstoppable.

So MLB, the Dodgers are and will always be better than you!

Trevor Bauer: The Honey Badger of the MLB

Why is Walker Buehler Not an All-Star?

Can someone please tell me why Walker Buehler is not an All-Star? It makes no sense. This man is one of the best pitchers in the National League. Don’t we define All-Stars as the best […]