If you just look at the box score from Friday night’s Dodgers vs. Rockies game, you will not get the full story on how well Trevor Bauer did in his first official appearance in Dodger blue.

The box score labels Bauer with a 5.68 ERA, but that was all acquired in one inning. The pitcher no-hit Colorado through six innings before struggling in the seventh. However, it was impossible to walk away from Friday’s game and not understand that Trevor Bauer is the real deal.

Bauer’s agent, Rachel Luba, helped get the pitcher a three-year, $102 million deal with the Los Angeles Dodgers. The reigning Cy Young Award winner came from Cincinnati, where he was fantastic last season.

Bauer posted a 1.73 ERA with two complete-game shutouts in 73 innings of work. He struck out 100 batters in the 2020 regular season.

The criticisms that the 30-year-old received in 2020 are very similar to the Dodgers’ denunciations after winning the World Series.

Neither of these remarks are correct because the Dodgers were certainly the best team in baseball, and Bauer was undoubtedly the most dominant pitcher in the National League.

The chip on Bauer’s shoulder and the overwhelming level of determination in the Dodgers’ clubhouse will be a perfect marriage for 2021. 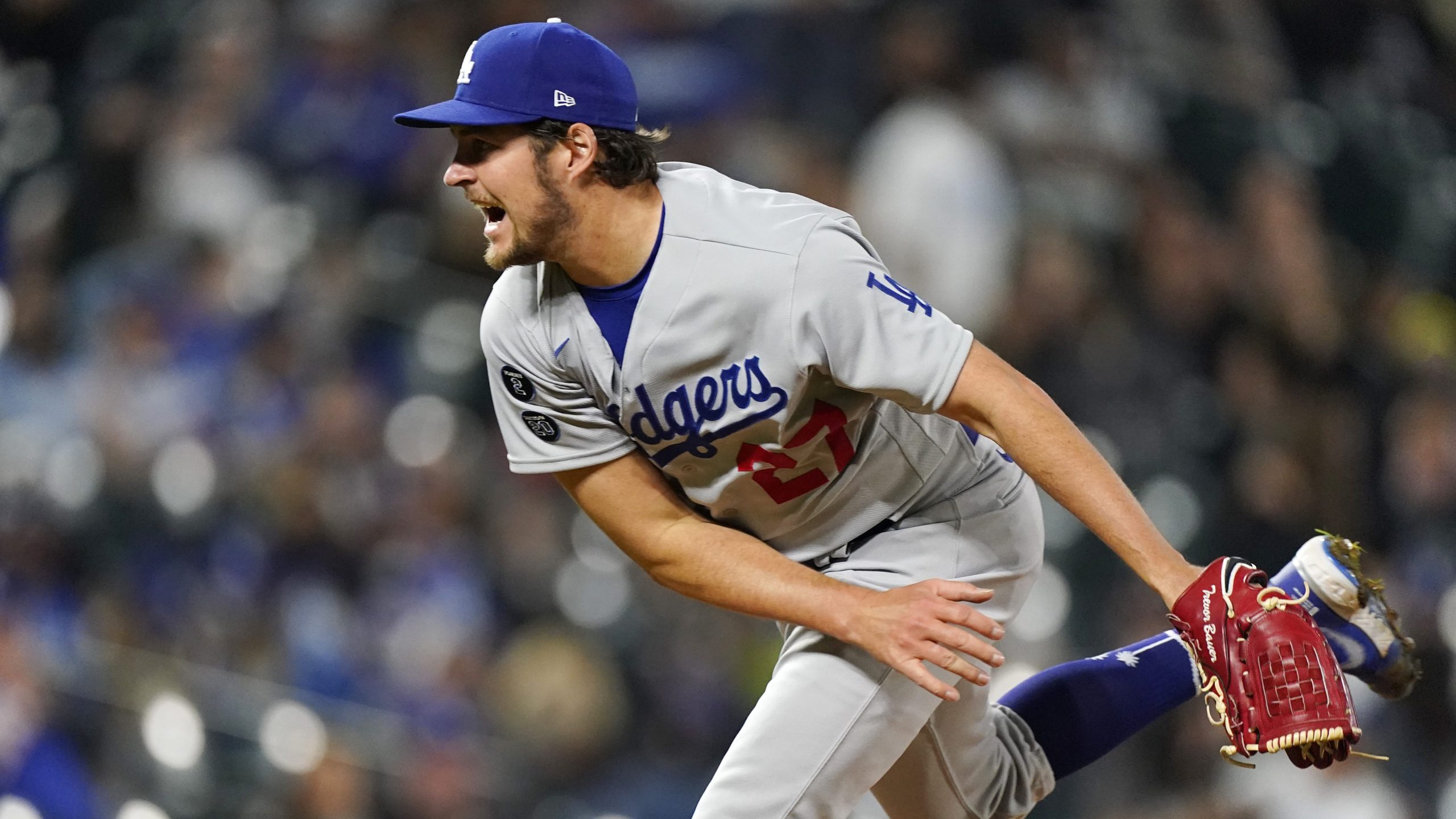 Bauer fanned ten batters in six and a third innings on Friday. The 5.68 ERA was caused by one bad inning, so do not be fooled by this number.

The pitcher was unhittable for six innings, and he was throwing with an absurd level of confidence. The Conor McGregor strut that Bauer has made his own was in full effect as he departed the mound between innings.

His fastball had zip, and his off-speed pitches were electric. I felt bad for every hitter who had to step into the box because Bauer looked better on Friday than in any start he made in his Cy Young season.

The seventh inning did not go in favor of the UCLA graduate. He gave up three hits, with two leaving the yard, which resulted in four earned runs. All pitchers have bad innings, and I think Bauer needs more work to get into mid-season form.

Please forget about the seventh inning because it does not mean a thing. Bauer looked great in his six innings of his Dodgers debut, and that is a reason for Los Angeles fans to get excited.

The Dodgers were the best team in baseball without Bauer, but his addition makes them very hard to beat.

Does Trevor Bauer Lead the Dodgers to a World Series Championship?

I think Bauer could be the piece of the puzzle that the Dodgers needed in the offseason to repeat as champs in 2021. Back-to-back championships have not been won since the Yankees did it from 1998-2000.

The Dodgers have the talent to win another World Series, but they will get every teams’ best effort throughout 162 games. Every time a team faces Los Angeles, it’s their World Series.

This is why Trevor Bauer’s signing was critical. Will he lead Los Angeles to a title? I think it’s way too early to tell, but I can say this…

The Dodgers would not repeat in 2021 without the reigning Cy Young Award winner in the starting rotation.

What is the Connection Between Patriots’ Day, the Red Sox, and the Boston Marathon?

The Red Sox debuted their Patriots’ Day uniform on Tuesday, and they were inspired by the Boston Marathon. The thoughts on the jersey and hat are mixed, but they were plentiful. The baby blue and […]