Many sportsbooks are not offering odds on the MLB Comeback Player of the Year because this award is a lock. Trey Mancini will take home the honor when awards are presented at the end of the year. Mancini should be recognized immediately because he has beaten the odds this season after beating Stage III colon cancer in 2020.

Mancini was recently invited to compete in the Home Run Derby. This was well-deserved after the power he has displayed in the first half of the season. Mancini was a fan favorite in Baltimore before 2021, but he turned into a headliner throughout the city.

The adversity Trey Mancini has dealt with on the field is nothing like he was forced to handle during the 2020 season. The Oriole did not appear in one game during the season because he was battling cancer.

At this time last year, Mancini was unsure if he would survive, let alone ever play baseball again. The adversity Mancini never made him give up, and he is capitalizing on the second chance he has received.

In 2020, Mancini underwent surgery and chemotherapy to remove a malignant tumor. Since returning to the diamond, he has played in 75 of the team’s 77 games.

These numbers are as close to an everyday player as you will find in the show, so Mancini deserves a lot of credit.

Mancini will be competing in the Home Run Debry from Coors Field in Denver, CO. He will be an underdog in the competition, but he will have the support of the entire league. Appearing in the Home Run Derby is another line on Mancini’s Comeback Player of the Year resume.

He will join the most prominent power hitters in the game, including the 2019 champion Pete Alonso of the Mets and pitching-hitting hybrid sensation Shohei Ohtani of the Angels. 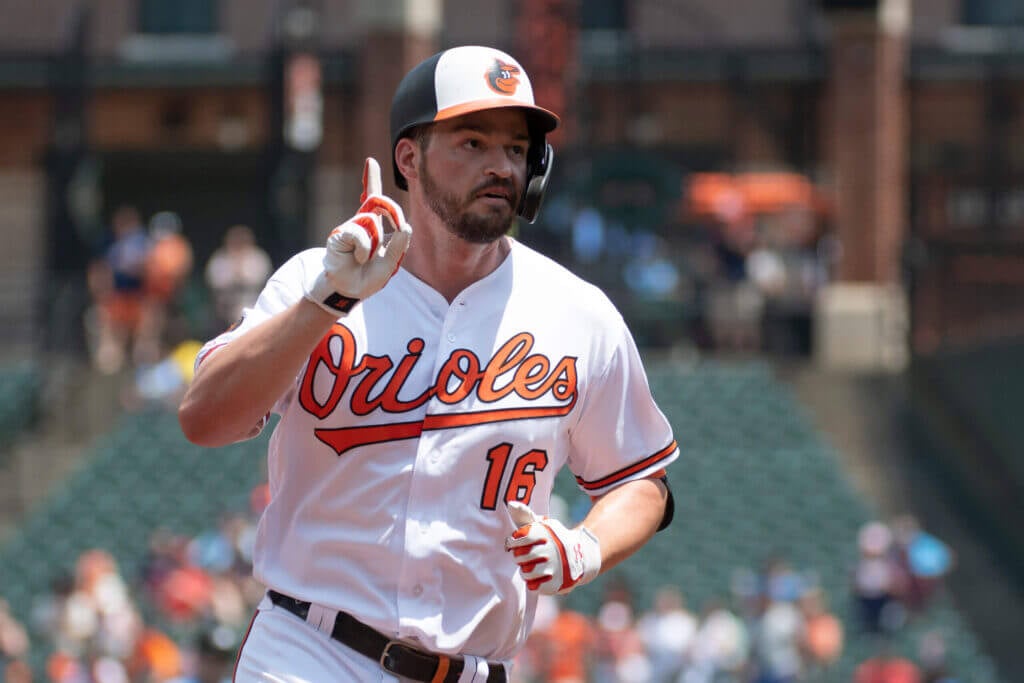 The first baseman and Cedric Mullins have carried Baltimore in 2021. Most likely, Mullins will represent the franchise in the All-Star Game.

Will Trey Mancini be Traded?

Mancini has established a real-life Disney narrative through the first half of the year. However, baseball is a business, and Mancini may not finish the season as an Oriole. This is disappointing, but it’s a credit to the player because he is a commodity in the 2021 trade deadline pool.

Mancini has made it clear that he “most definitely” wants to finish the year in Baltimore. He has one more year left on his deal, so it’s a strong possibility that he could stay with the team and depart at next year’s deadline.

However, Mancini has a lot of value this season because of the limited talent available. Mancini recently addressed the media about the possibility of being traded.

“I feel like we’ve got a lot of guys coming up who have a good idea what they’re doing. Up here, we can, I think, start doing a little bit better job of obviously putting wins on the board, but we’re in a lot of close games. We’ve got to find ways to start winning them now, and the more we start playing together and the more some of these other guys come up, I think that’ll start happening.”

Baltimore is beginning to rebuild, and removing Mancini could be part of the long-term winning formula. Baseball fans are hopeful that he stays with the team. Although, if he helped a team make a deep postseason run, it would be a fitting end to Mancini’s guaranteed 2021 Comeback Player of the Year honor.

I do not believe that a single sports fan in America does not love the comeback story. No matter what team you support, it’s hard not to cheer for athletes who have overcome an immense […]

The Orioles and Mariners are MLB’s Surprises of the Season

The Baltimore Orioles and Seattle Mariners are both in a position to make the playoffs. The two teams are nearing the end of their rebuilds, and could be poised to have several years of playoff and World Series contention.
[…]

Projected Standings for 2022 in MLB

Projected Standings and this is how I see the 2022 baseball season shaking out. The factor that can’t be factored  is the totality of injuries that can affect a team. With no further words from […]