There is a new opening for the American League MVP Award.

The Los Angeles Angels lost a significant piece of their team last week when Mike Trout was sent to the injured list. Trout, the three-time American League MVP, will miss six to eight weeks with a calf strain. This injury most likely removes his chance of claiming a fourth MVP.

The outfielder was the favorite to win the award after a quarter of the season. Trout was batting .333 and leading the league with a .466 on-base percentage. Although, after his injury, he dropped from first to fourth on FanDuel Sportsbook. 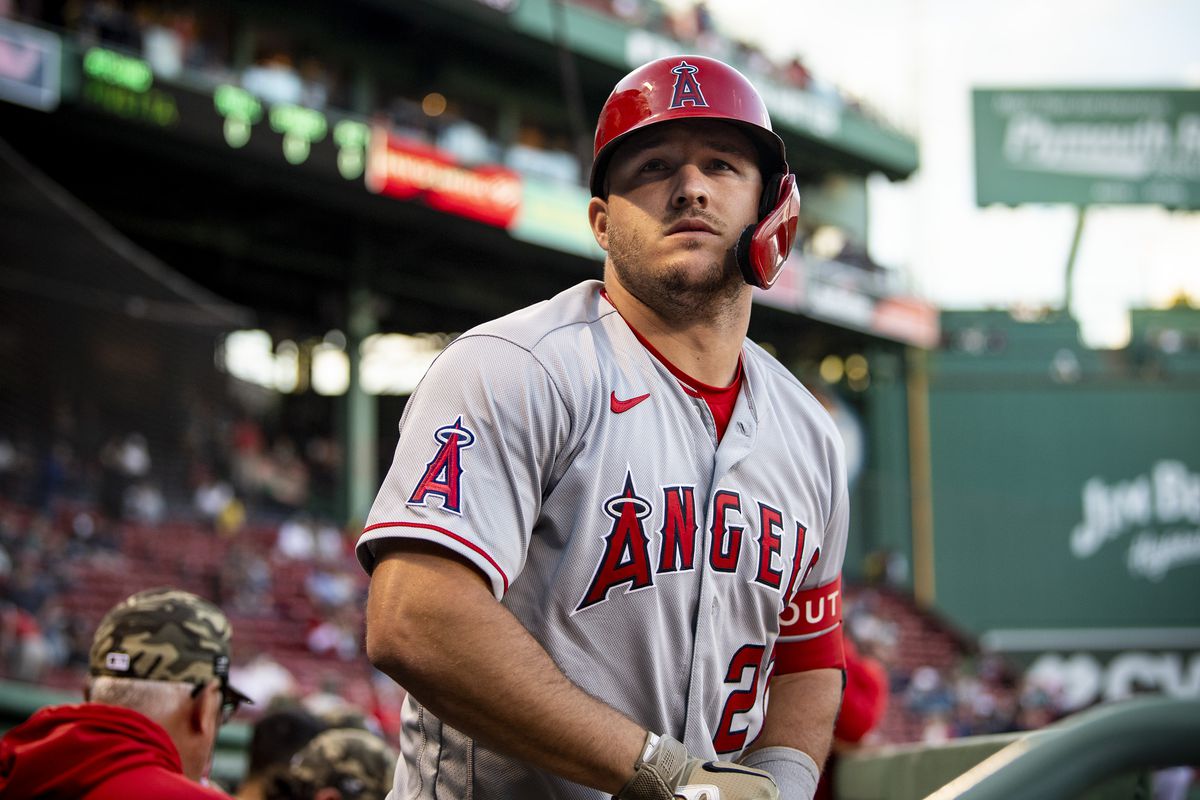 Trout’s injury has allowed two players to move up and become the new favorites to win the 2021 American League MVP. His teammate, Shohei Ohtani, is the new favorite, followed by Vladimir Guerrero Jr., who is having a breakout season.

This may not be a popular narrative, but I believe Vladimir Guerrero Jr. will win the 2021 American League MVP. Ohtani is sensational, but there is one advantage that the second-generation star has over the two-way star…

If there is a player who deserves the 2021 American League MVP, it’s Shohei Ohtani. Ohtani is doing something that we have not seen since Babe Ruth in terms of pitching and hitting at a high level.

This is the first year we have seen the damage that Ohtani can do on the mound and in the box. His batting average is not spectacular at .262, but he does have a .316 on-base percentage. 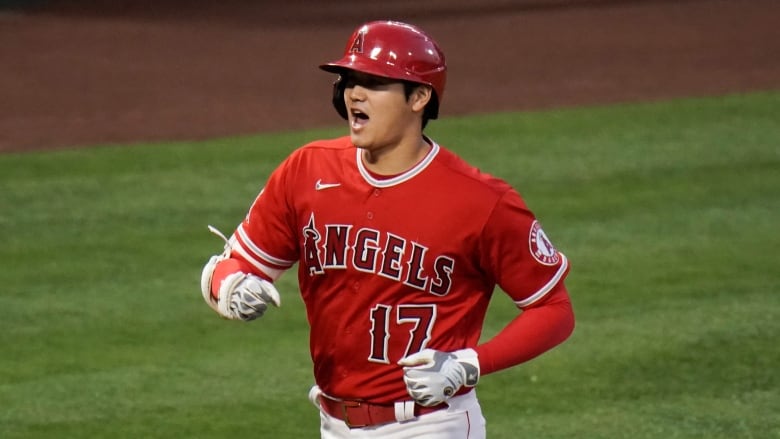 These numbers are spectacular, considering Ohtani is pitching once per week. There are hitters like Francisco Lindor, who would love to be averaging .262 at the dish. The Japanese slugger has shined with the long ball.

Ohtani is leading the league in home runs with 14. There are very few people who can hit 400 ft. blasts and throw over 100 mph, so Ohtani should automatically be in the MVP conversation.

However, Ohtani is hitting and pitching at a superior level. On the mound, the 26-year-old has a 2.37 ERA with 45 strikeouts in 30.1 innings of work. Ohtani is a generational player because of his talent in all phases of the game.

Everyone talks about Fernando Tatis Jr. as baseball’s promising young star. There is no doubt that Tatis is the most exciting player in the game, but Vladimir Guerrero Jr. is electric as well.

Bombs, bat flips, and dance moves have been standard with the Blue Jays since Guerrero joined the club in 2019. 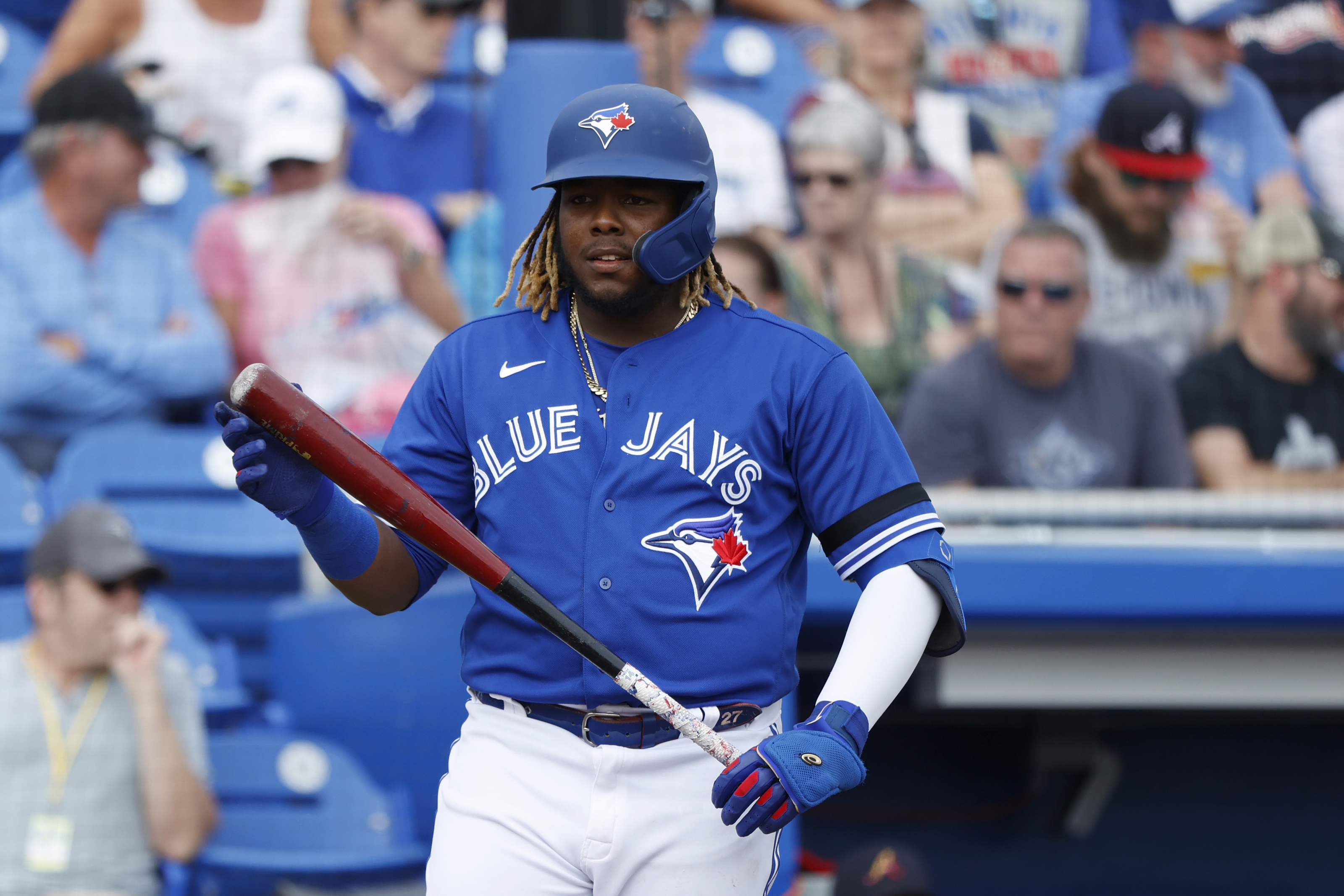 The second-generation star has left the yard 13 times. Over an entire season, he will overtake Ohtani in this category. Guerrero Jr. has been a gamechanger for the Blue Jays thus far, and it will continue in 2021.

Why Guerrero Jr. has a Leg up on Ohtani for the American League MVP

MVP voters are not supposed to factor in records and team success for the MVP vote. Although, this is never the case. Players on good teams have an advantage for the MVP Award.

The Angels are sliding, and they are not going to be a contender in September. The team is in last place in the American League West, and they are 7.5 games behind the first-place Athletics.

Los Angeles was not successful with Mike Trout, but they are dead in the water for the next two months without the eight-time All-Star.

On the other hand, the Blue Jays could be a contender in the American League East. It’s unlikely that they will win the division, but they could be in line for a Wild Card berth. Even if they do not make the playoffs, the Blue Jays will still be in the conversation in September.

Winning yields MVP awards, and victories will be few and far between for the Angels. This will be the ultimate difference in the 2021 American League MVP race.

Shohei Ohtani is one of the best pitchers in all of Major League Baseball, making him a very fun player to watch. Oh, did I forget to mention he is also one of the best […]

The second week of the season is in the books. Here are my thoughts on every team after MLB week two. Records are through Saturday April 17th. MLB Week Two: National League East New York […]