Wander Franco is not a star in the making. The shortstop, who was called up in the middle of 2021, is already a star.

On Sunday, he extended his on-base streak to 29 games putting him in elite company with Mickey Mantle, Mel Ott, Arky Vaughan, and Frank Robinson, who had the same record at 20 years or younger.

Wander Franco Shines Since Call Up

The Rays played the Orioles in Baltimore and Sunday, and Franco continued his dominance at the dish. In the sixth inning, he singled off Spenser Watkins to reach base safely for the 29th straight game. 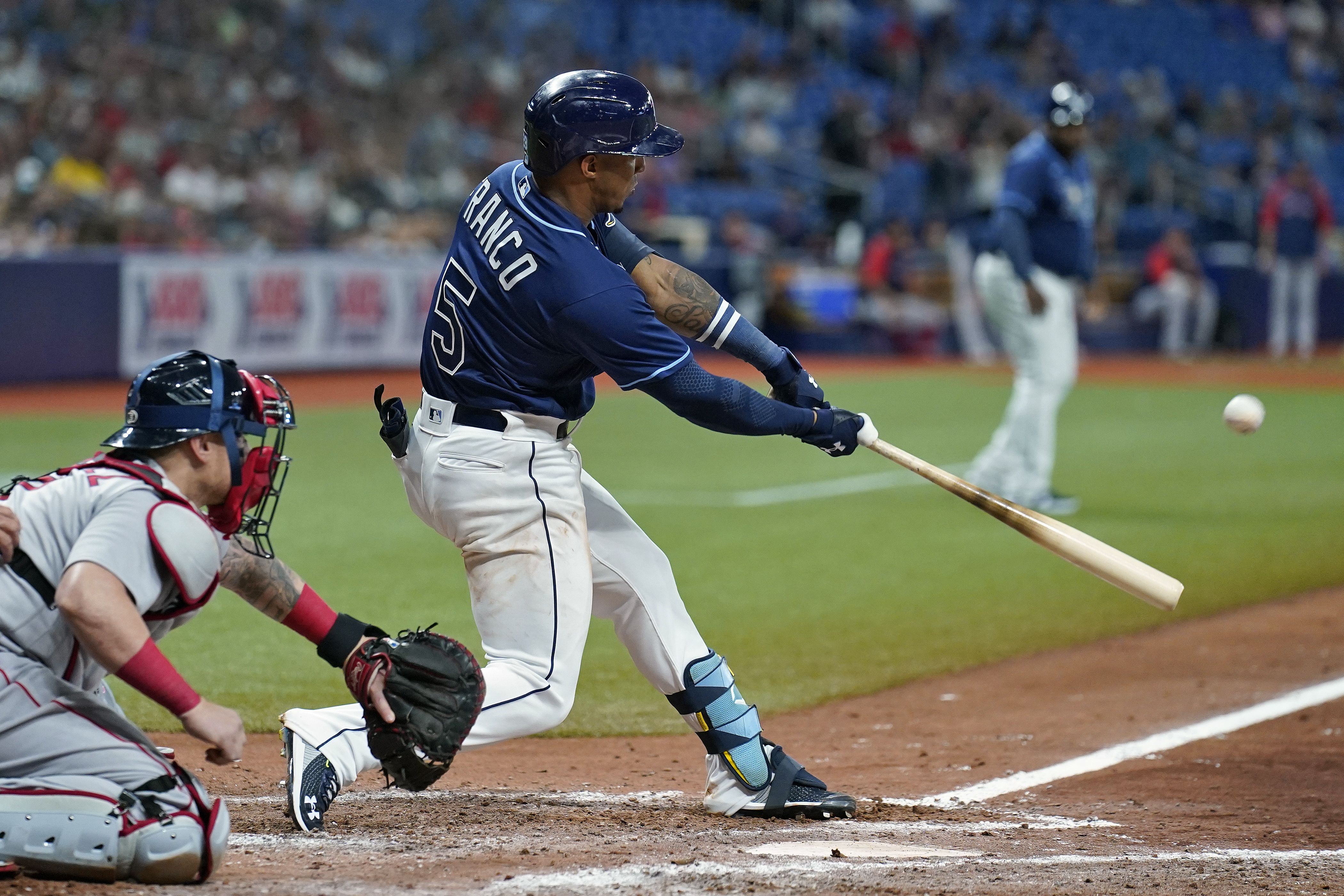 This is the longest active streak in the Majors in 2021, which is remarkable considering Franco does not have a year of service time. Additionally, the Ray is just 20 years old, so this 29 game on-base streak deserves a massive tip of the cap.

Mickey Mantle, Mel Ott, Arky Vaughan, and Frank Robinson are the only players to reach base safely in 29 straight contests at the age of 20 or younger. When these athletes played, the quality of competition was not as high as it is today.

Franco has battled some outstanding wings to create this streak, and it seems like it’s only going to grow. Robinson leads this group with a mark of 43 straight games on-base, so Franco still has some work to accomplish. 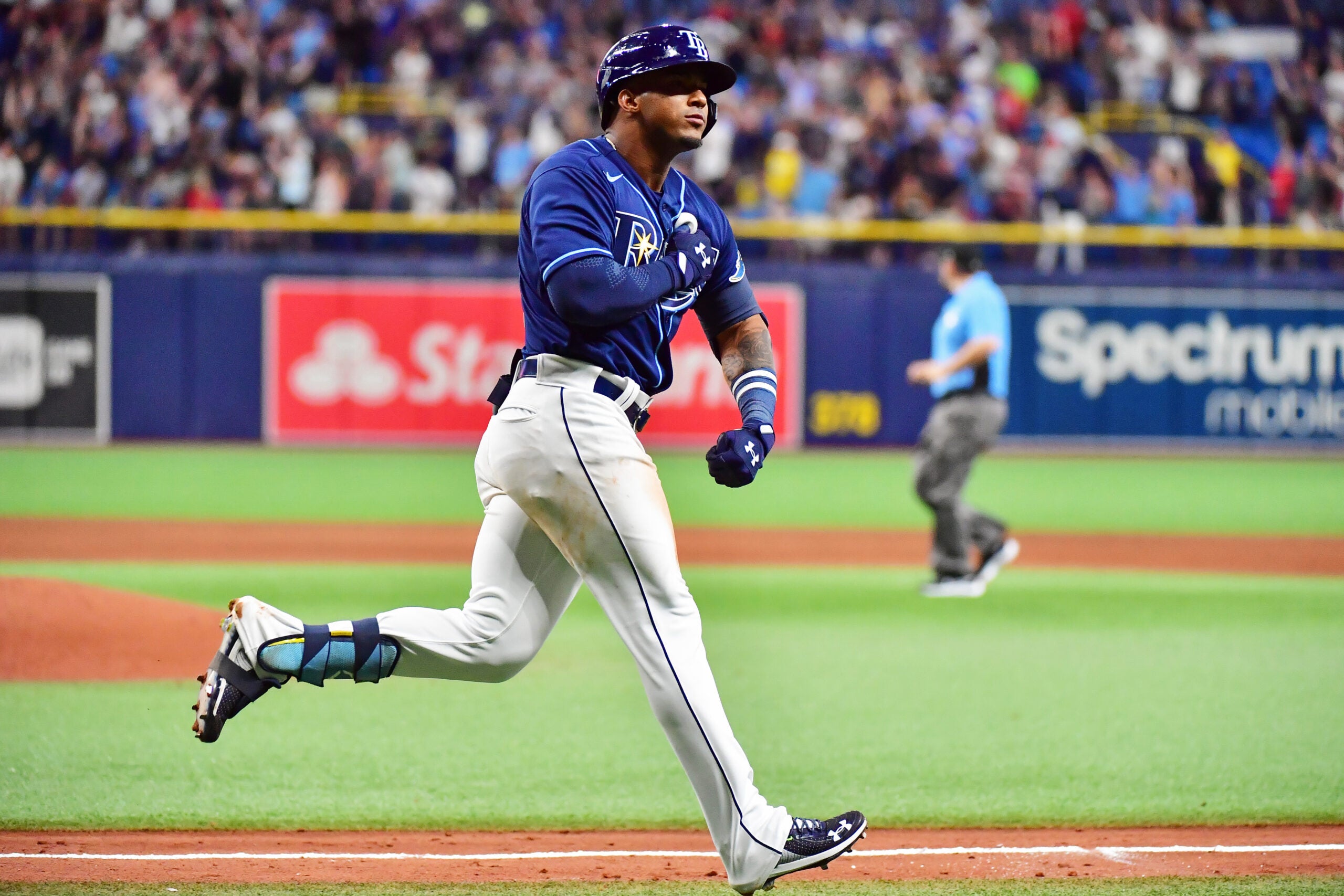 Nevertheless, for the 20-year-old’s name to be associated with these legends is a testament to his skill at such a young age. When Franco reached 24 games, he was ecstatic because he surpassed Ken Griffey Jr.in 1990.

Franco obviously did not rest on his laurels from last week as he is continuing to dominate at the plate. After surpassing Griffey’s streak, he said,

“You guys all know that’s a legendary name, and everybody wants to be like him. So we’re just going to keep on going on until records get broken.”

Franco Since Joining the Rays

Wander Franco could be the next Hall of Famer in Major League Baseball. This is a premature prediction, but it’s not crazy considering he is already doing things that legends of the game have accomplished.

Since joining the Rays, Franco has given the team a spark to take charge in the American League East. In 204 at-bats, his wins above replacement is already 2.1.
The shortstop has played in 51 games and is slashing .270/.330/.446 with six HR, three 3B, and 29 RBI. These stats are only going to improve as Franco is improving with every big league at-bat.

The Rays are positioned perfectly for the 2021 postseason. The team is 82-48 with a 5.5 game lead on the New York Yankees. Their last month of the season will not be easy, but Tampa Bay has proven they are one of the best clubs in the American League.

Is this the year the Rays deliver in October?

With Franco, anything is possible.

Who Will Win AL Rookie Of The Year?

In the American League, the Rookie of the Year Award features four players with odds of +800 or better. With that in mind, let’s take a look at the contenders for this year’s award. […]

The hype around Wander Franco was at an all-time high when the Tampa Bay Rays called him up in late June. Franco is beginning to slowly meet expectations. […]