In our Baseball Spotlight Washington Nationals 2021 season preview, we take a look at everything from last season to projections for the 2021 season. Let’s get started!

The Washington Nationals won the 2019 World Series, but they fell flat on their face in 2020. The Nationals lost some key players from their 2019 squad, and that’s why they were unable to return to the playoffs.

The Nationals lost Anthony Rendon to the Los Angeles Angels, and their big arms had a hard time staying healthy. Expect the Nationals to bounce back in 2021 and make a push for the National League East title.

The pitchers and a few key position players will have to be lights out in 2021 for the team to return to the promised land. The Nats’ championship window is starting to close, meaning that this could be the final year where they are prevalent.

The team will lose a lot of talent to free agency following this season. The Nationals are the third-best team in the NL East, but that does not mean that they cannot take the division if a few things go their way.

Any team with Juan Soto has a chance to win, so do not count out the Nationals…until 2022, of course!

Juan Soto could be the second-best player in baseball behind Mike Trout. Soto is the real deal, utilizing all five tools to dominate professional baseball. Soto is only 22 years of age, and he has three years of service time. 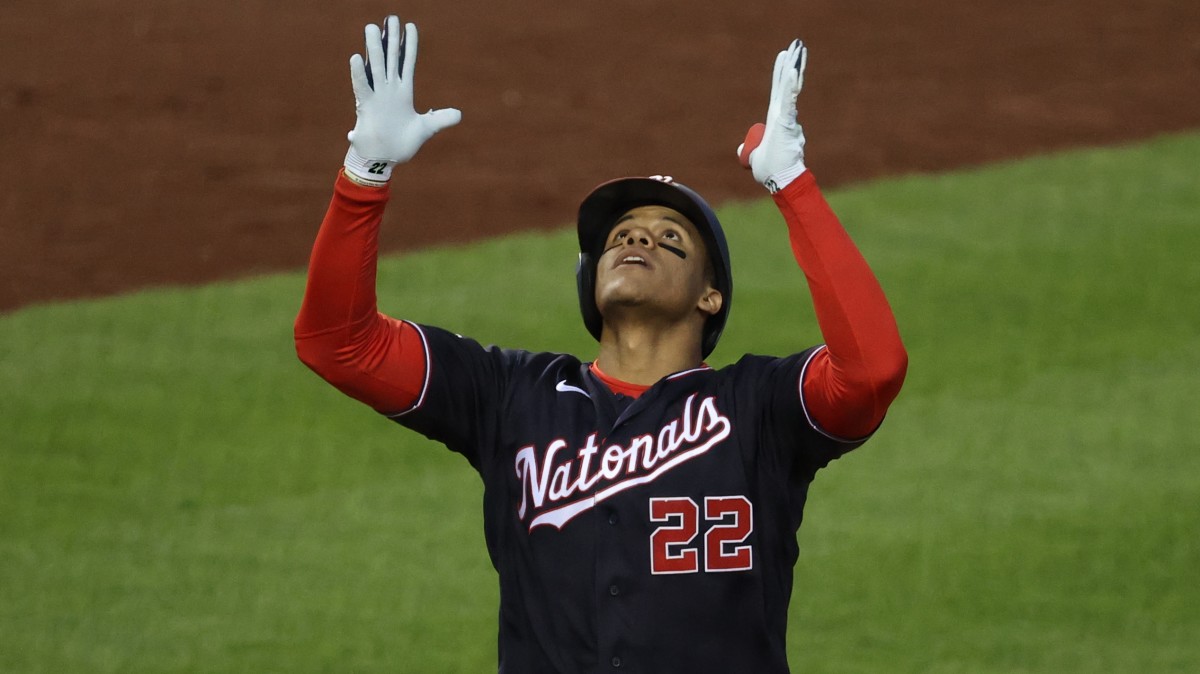 He led the league in batting average, on-base, slugging, and on-base + slugging percentage last season. Soto only played in 47 games last season, which ultimately cost him the MVP. However, do not be surprised if the 22-year-old wins the trophy in 2021.

Trea Turner will bat behind Juan Soto. Trea Turner is a top-tier shortstop who finished seventh in the 2020 MVP race. Turner has a career batting average and on-base percentage of .296 and .353, respectively. He is a player that should hit 20 home runs. 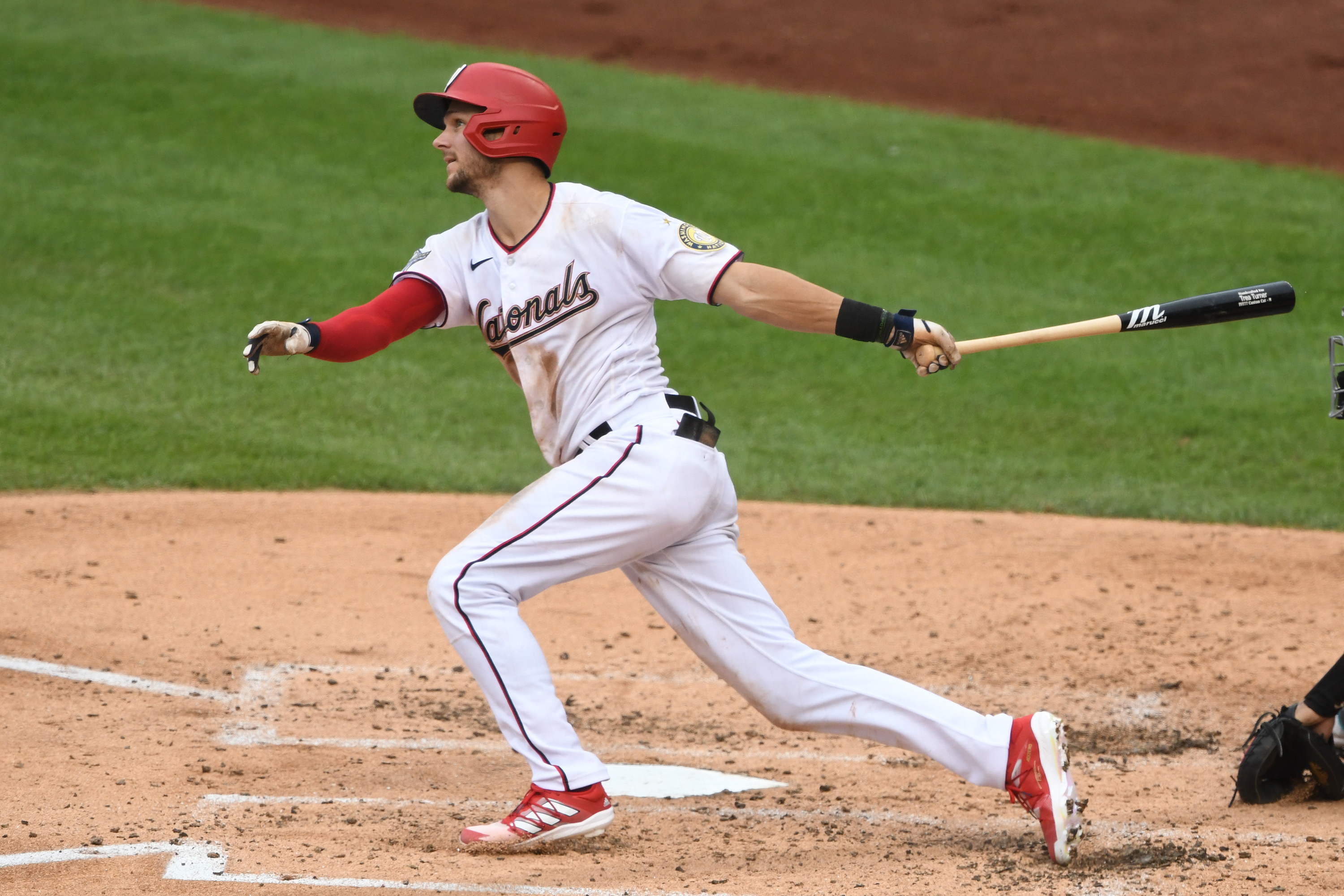 Josh Bell and Kyle Schwarber will bat in the four and five holes. These two players should account for a combined 60 bombs. Starlin Castro will bat in the bottom of the lineup as well.

Castro’s job is going to be to get on base to keep the order rolling. If Castro can get on base, he will help the Nats succeed. This lineup is not a championship-caliber squad, which is going to make it tough to beat teams like the Dodgers and Padres if Washington can sneak into the postseason.

Juan Soto and Trea Turner will need to carry this order. If both of these players have successful campaigns, Washington could generate enough production to earn a Wild Card berth.

Washington’s pitching staff is filthy. There is no other way to describe the Nationals. This is the second-best rotation in baseball behind the Dodgers.

Following the injury to Carlos Carrasco in New York, the Nationals took over the top spot for best pitching rotation.

Max Scherzer is the clear ace of the team. Scherzer has won three Cy Young Awards and has made seven straight All-Star teams. Scherzer is still one of the best pitchers in the game at the age of 36. 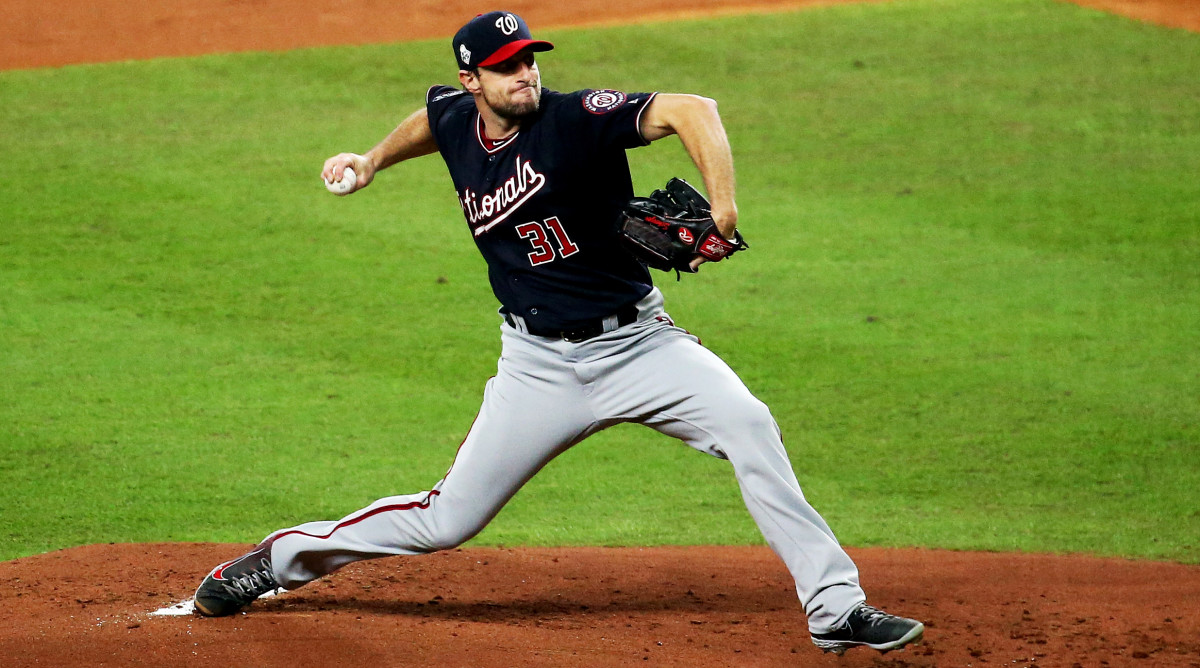 Patrick Corbin and Stephen Strasburg will follow Scherzer on the hill. Corbin had a rough season in 2021, going 2-7 with a 4.66 ERA. These numbers do not represent a typical year for Corbin.

In 2018 and 2019, Corbin posted a combined 25-14 record with a 3.20 ERA and 484 strikeouts. I know Corbin will bounce back because he is a player that will not allow himself to be bad for two straight years.

Stephen Strasburg is the biggest question in the rotation. Strasburg is known for injuries and last year was a prime example of this fact. Strasburg made two starts and totaled five innings towards the end of the season after overcoming a thumb injury.

In 2019, Strasburg threw 209 total innings and recorded 251 strikeouts in a season where he finished 5th in the Cy Young vote. The Nationals need this Strasburg to show up at the beginning of the regular season.

Strasburg has been dealing with some minor body issues in Spring Training, so I am cautious about believing that he will throw 180 to 200 innings. Jon Lester and Joe Ross will be the fourth and fifth starters.

Lester is a five-time All-Star who is way past his prime. Nevertheless, he is still good enough to start in the MLB. Any team with Lester as their fourth starter cannot be in bad shape when it comes to starting pitchers.

Brad Hand is the closer that you need to know in Washington. Hand is a three-time All-Star who is new to Washington from Cleveland. His addition will be very beneficial for the team. In 2020, he led the American League in saves with 16 and did not blow a single save opportunity.

The Nationals could win the NL East, but a lot will have to go their way. I think Washington finishes third, with the best-case finish putting them in second at the end of 162 games. Injuries and a lack of offense will be the team’s Achilles heel.

MORE FROM BASEBALL SPOTLIGHT: If you enjoyed our Nationals 2021 season preview, be sure and check out all of our MLB team and division previews before the 2021 season’s first pitch is thrown!

Before I start this article, I need to say thank you Trevor Bauer. This past weekend, the San Diego Padres took three of four games from the Los Angeles Dodgers. We did not learn anything […]

The Seattle Mariners clinched a playoff berth for the first time in 21 years. Read why Thomas believes this team is more than just a shoe in!
[…]

Mariners Look to Build on Momentum After Acquiring Luis Castillo

The Mariners traded for pitcher Luis Castillo in the hopes that he could build on the momentum that they built in July.
[…]