Hitting a home run against Major-League Baseball pitching is not easy. Hitting three homers in one game is nearly impossible, especially if you have never gone yard in the show.

On Saturday, White Sox catcher Seby Zavala showed he is more than a solid glove behind the plate. The catcher hit three homers in one game against the Cleveland Indians. The three bombs were Zavala’s first long balls of his career.

Zavala’s historic night etched him in the record books as the first player in MLB history to hit his first three career home runs in the same game.

Have a Night Seby Zavala

Hitting a home run is one of the most challenging things to do in sports. On Saturday night, Seby Zavala made things look easy. The catcher never had the reputation of a power hitter, but his swing looked tremendous in the team’s 12-11 loss to the Indians at Guaranteed Rate Field.

After the game, Zavala did not seem to believe that he had just made history.

“I always knew I had power to all parts of the field. Line to line’s my game. This field’s a little hitter friendly, so it definitely helps a little bit. But it kept going and going. Luckily it went over. It was a good feeling seeing my teammates on top of the top spot in the dugout. It was fun. I wish we could have won.”

A win would have been a perfect finish to a memorable night for the 27-year-old. However, the White Sox are as close to a playoff lock as you will find in baseball currently.

The catcher’s first bomb came in the third inning off Triston McKenzie. Statcast tracked the bomb at 411 feet. In the fourth, he blasted a grand slam out of Guaranteed Rate Field, for his second of the day off McKenzie. 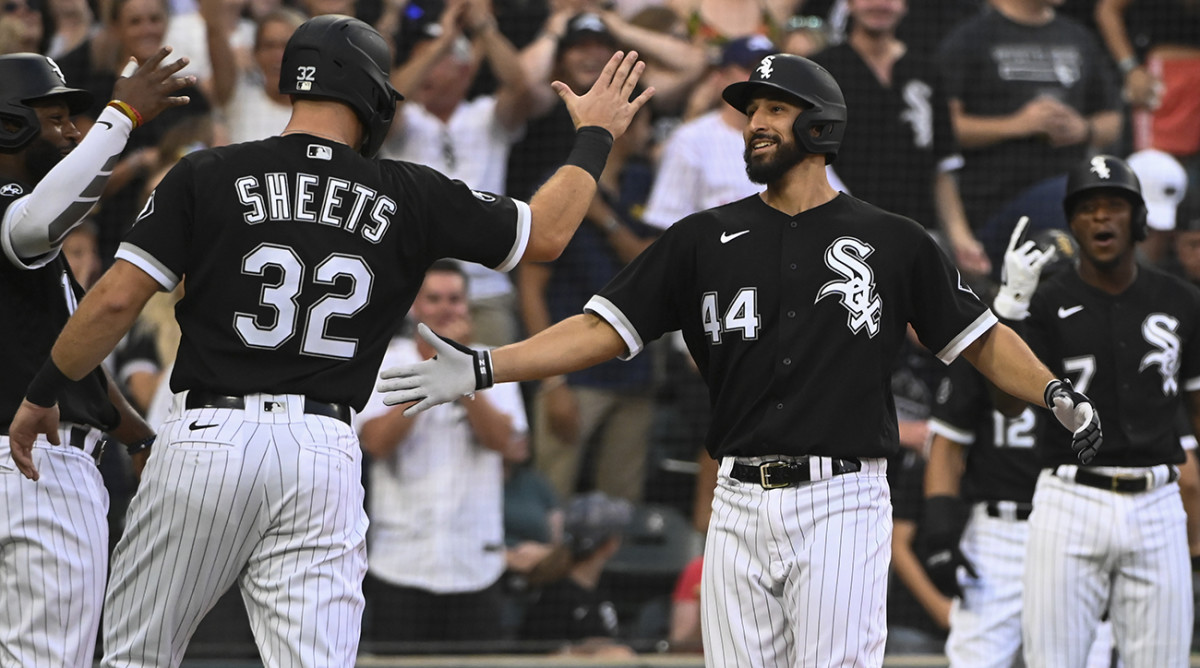 Zavala lifted his third ball out of the yard for a 369-foot shot off reliever Bryan Shaw in the seventh. Zavala started his MLB career 5 for 40, but this has to be a boost of confidence for the up-and-coming star.

Praise from the White Sox

There was not a player or coach interviewed after the game that did not credit Zavala for his night and the catcher’s dedication to hard work. Manager Tony La Russa was disappointed that the team lost a game they should have won, but this did not stop him from crediting his catcher.

“It was just so special. He was so productive. They were all well-hit balls and timely, everything helped us with a chance to win. Can’t give him enough credit.”

White Sox starter Dallas Keuchel also thanked Zavala for the run support throughout the game. He went onto blame himself for allowing five runs over 5.1 innings.

“Amazing. The guy works his butt off, and just very disappointing to not do my job properly in order for him to get some recognition. That was one of the best performances I’ve seen in a long time.”

Seby Zavala became the 17th player in franchise history to hit three home runs in a contest. He is the only catcher ever to achieve the honor on the South Side.