Baseball news is starting to really fade in the months following the lockout. The Player’s Association and league met to discuss minor issues two weeks ago, but we have no indication when baseball will return.

The one thing we can focus on is the marquee free agents still on the board. Many stars signed early to guarantee a contract when the lockout was solved, but this was not on the mind of Freddie Freeman.

Freeman enjoyed his World Series victory and chose to delay contract negotiations until after the new CBA was signed.

There is a 99% chance that Freddie Freeman is going to be a lifetime Brave. He is a five-time All-Star for the club and coming off a World Series title. He has three young kids, and his family seems to enjoy Georgia.

When Freeman’s love for the franchise and family is factored into the equation, I do not see him leaving The Peach State. Allegedly, Freeman rejected Atlanta’s initial offer of five years and $135 million. 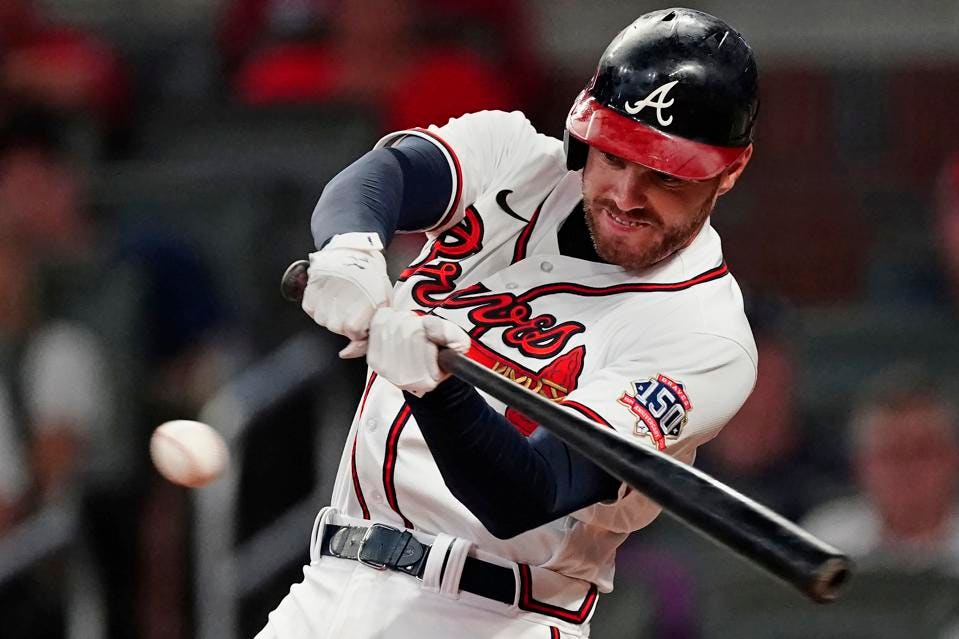 The former MVP is seeking a six-year deal closer to $200 million in value. I don’t believe we live in a world where the Braves will not meet his desires. With this being said, there is still a slim chance Freeman decides to sign with a new club.

Here are the three most likely options for Freeman.

Freeman will not have as much value to the Dodgers if the universal DH is not implemented. However, it appears this is a likely option, so it would not be surprising to see Andrew Friedman reach out to Freeman with a solid offer.

Max Muncy is the journeyman first baseman turned franchise player for the Dodgers, and he has anchored first base for a few years. Although, Muncy can play second, third, outfield, and DH.

Freeman would take over the full-time role at first base, and Muncy would likely be a utility player and primary DH. This is not a perfect fit, but it’s possible depending on what happens with the CBA.

The New York Yankees lost in the Wild Card round to the Red Sox, which ended a season defined by underperforming. Yet, it was still apparent the lineup had flaws, like a limited power bat from the left-handed batter’s box.

Freeman could fill this void and add 30+ homers to New York’s lineup for the next few years. The Yankees have the money to pay the three-time Silver Slugger even if they sign Carlos Correa to a deal over $300 million.

Freeman does not fit in New York because the franchise needs help in the bullpen. This should be a priority over Freeman, who would be an excellent, but unnecessary addition.

Now forget everything you just read because Freeman is headed back to Atlanta!