Can someone please tell me why Walker Buehler is not an All-Star? It makes no sense. This man is one of the best pitchers in the National League.

Don’t we define All-Stars as the best players in the sport? At least I thought that was the criteria to make the All-Star Game.

There were not many snubs for the 2021 Mid-Summer Classic. Bryce Harper, Manny Machado, and Freddie Freeman were three common names that arose in the position player category.

However, these three players were not snubbed. Freeman is the only player who is batting over .270 out of this group at .272. Harper and Machado are not even doing this in 2021.

There was one snub for the 2021 game, and it was Walker Buehler. Buehler, the second coming of Clayton Kershaw in Los Angeles, has been sensational in 2021, and it’s a damn shame that he will not be honored in Colorado.

Buehler has done everything for Los Angeles in 2021. He has been one pitcher that has not waivered on the hill, and with Trevor Bauer’s probable removal from MLB, Buehler will be crucial down the stretch. 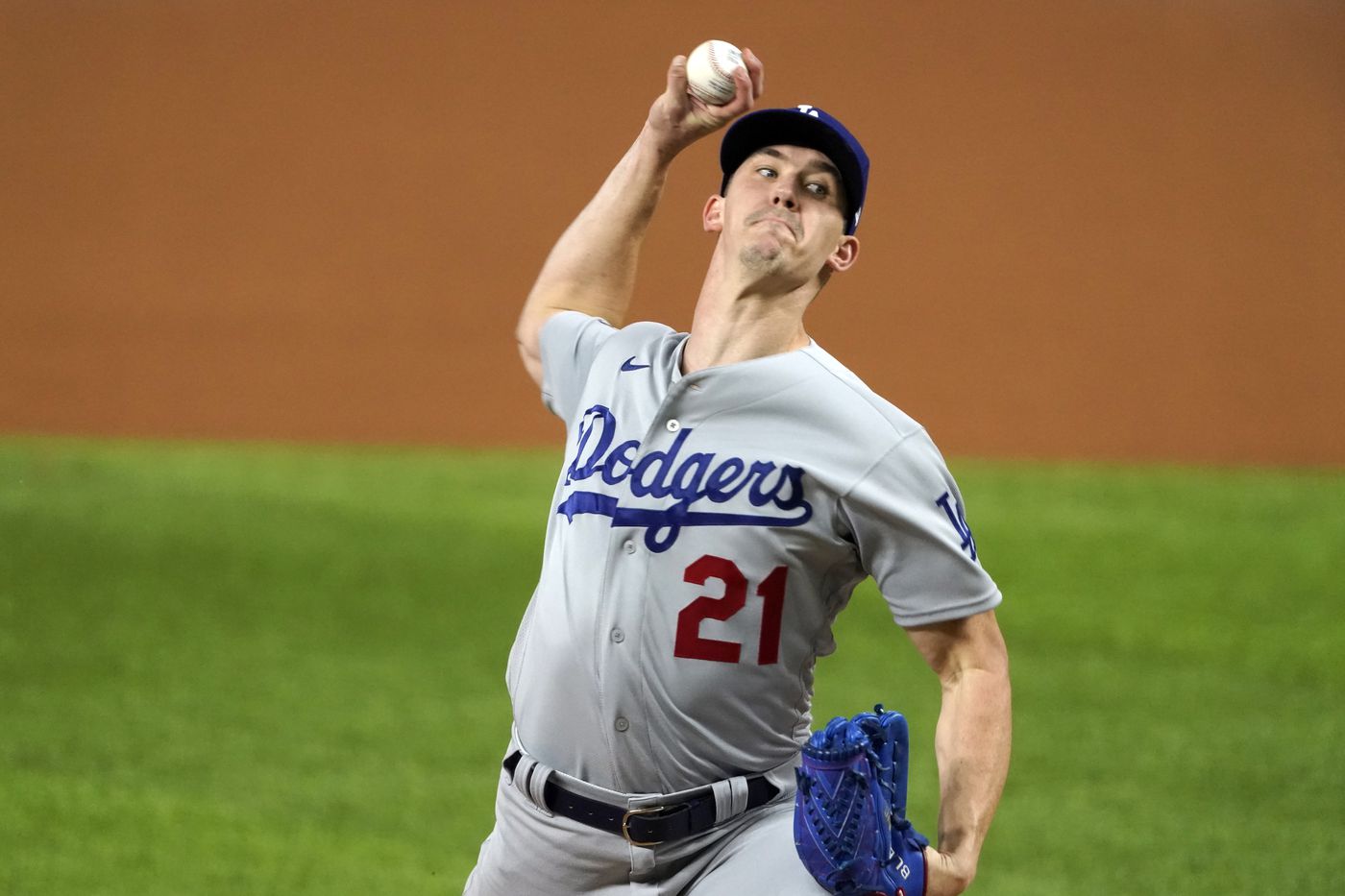 Wins do not mean everything for a pitcher because an offense is necessary for this criterion. However, it’s not a statistic that should be glossed over. Buehler is leading the National League with a .889 winning percentage at 8-1.

The wing is not overpowering, but he is still averaging a strikeout per inning in 108.1 frames. His ERA has also been sensational at 2.49.

How does a pitcher with these numbers not make the All-Star Game?

Let me take this question one step further…

How does a pitcher with these numbers in the best division in baseball not make the All-Star Game?

Buehler is consistently facing the Padres and Giants, so why was this not factored into the equation when fans selected the All-Star rosters.

When you examine the National League starting pitcher crew for the All-Star Game, Walker Buehler deserves to be on the list.

One of Buehler’s common opponents, Yu Darvish, is in the game, and he is 7-3 with a 2.65 ERA. He has more strikeouts than the Dodger, but should 14 fewer strikeouts keep Buehler out of the game?

Corbin Burnes is 4-4 with a 2.41 ERA. However, Buehler has thrown over 20 more innings than Burnes, and his stats are just as good.

Burnes’ walk streak ended a long time ago. Should this give him a bid over Buehler?

German Marquez made the roster, and his ERA is over a point higher than Buehler. Marquez is Colorado’s lone bid for the game because of MLB’s one-player-per-team rule.

Should the “everyone gets a trophy culture” keep Walker Buehler out of the All-Star Game?

Marquez should not be in the game, and he took Buehler’s spot. Although, MLB should have added an extra roster spot for the Dodger because he deserves to be amongst the best players in baseball in Colorado.

There are some benefits to fan votes, but the league has to make things right, and they failed with Buehler.

The MLB season is beginning to heat up. With the trade deadline fast approaching, teams will gain a better understanding of their identity. Check out our MLB postseason power rankings. […]

The Giants are still the leaders of the National League West after knocking out Walker Buehler and the Dodgers on Sunday night. The Giants had been struggling with runners in scoring position, but their clutch […]

Trevor Bauer: The Honey Badger of the MLB