On April 20, 2013, the Boston Red Sox hosted the Kansas City Royals at Fenway Park. It was Boston’s first game at home since the Boston Marathon bombing occurred five days earlier. There was a pregame tribute to the victims that was headlined by a David Ortiz speech.

The Red Sox sported their “Boston Strong” jerseys for the first time as Ortiz spoke from the heart. He ended his speech by saying, “This is our fucking city.” This was the exact moment that Xander Bogaerts became underrated in Boston.

When Big Papi gave his passionate speech, Bogaerts was not even in the show. In fact, he was just 20 years old and playing for Boston’s Double-A affiliate, the Portland Sea Dogs.

Xander Bogaerts made his debut on August 20, 2013, against the San Francisco Giants. He went hitless against the Giants, but he quickly found his groove.

Bogaerts was mainly playing third base of the season because Stephen Drew was the everyday shortstop. He would transition to shortstop the following year, but the youngster always produced at the plate.

The Red Sox cruised to the World Series in 2013 and finished the job in six games against the St. Louis Cardinals. Bogaerts had a few big hits that helped propel Boston to their eighth title.

Xander Bogaerts: No Longer a Rookie

So, where does David Ortiz come into this story?

I am not blaming Big Papi for making Bogaerts the most underrated shortstop in baseball. He did not directly do anything to cause the shortstop to fly under the radar.

Ortiz became even more prominent after his Boston Marathon speech, which is still talked about today. By the time he retired in 2016, Bogaerts had three full years in the show.

There can only be so many headliners on a baseball team, and the Red Sox had plenty when Bogaerts was called up to the show.

After David Ortiz, there was Dustin Pedroia, Clay Buchholz, Jackie Bradley Jr., Mookie Betts, and so many more big names. Bogaerts’ name belongs with this group, but he is just starting to become the poster athlete for the team.

Even though Bogaerts quickly produced for the Red Sox, he could not escape the cloud of stars that surrounded him in Boston. This is not because of the numbers.

If you look at the numbers, you will have a tough time finding a better shortstop since 2013 than Xander Bogaerts. He is a career .291/.353/.459 hitter who has averaged 20 home runs per season. He is a two-time All-Star and three-time Silver Slugger.

Bogaerts has defined success in Boston since he got the call in 2013. He has always been a player who showed up, did not complain, and got the job done.

Big Papi retired in 2016, so someone had to become the next headliner. This role was filled by Mookie Betts, who is arguably the second-best player in baseball behind Mike Trout.

Betts became the guy because of his on-field play and off-field personality. He is more outspoken than Bogaerts, and he led the team in accolades. 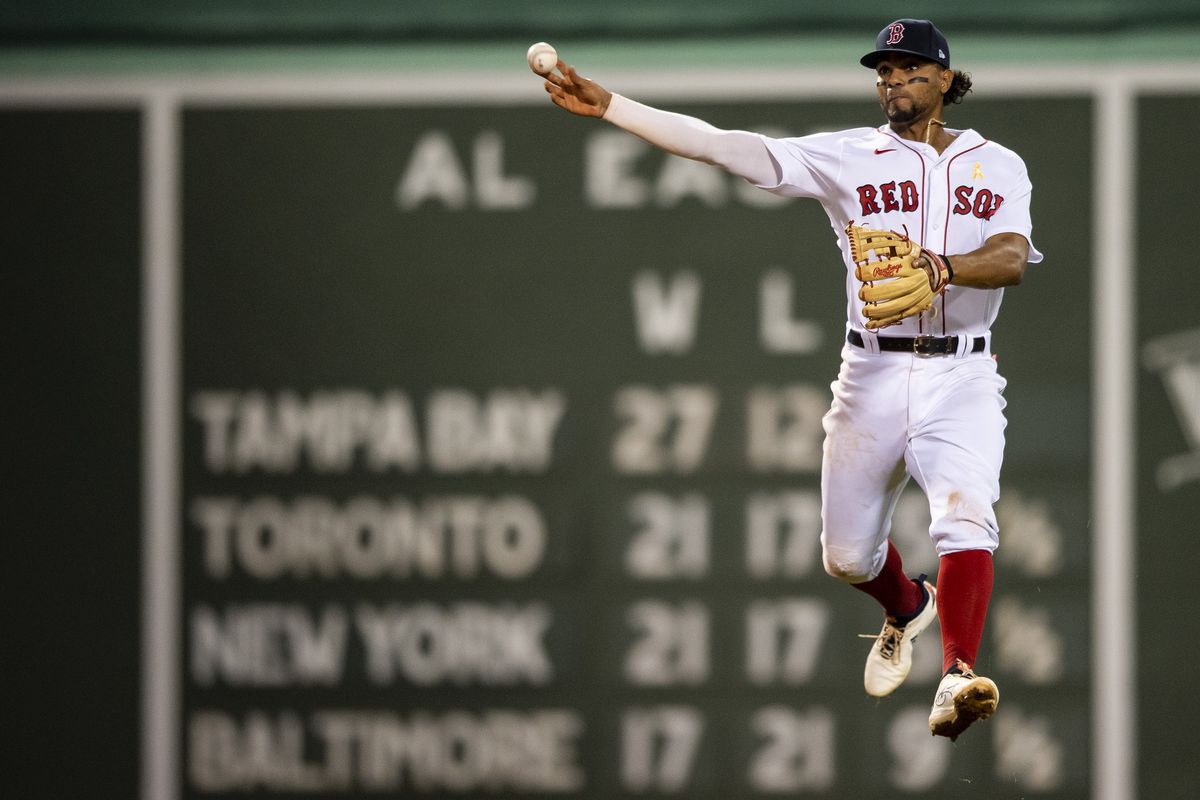 My theory about team headliners is that there can be two prominent position players. One is the outspoken star, and the other is the player who just shows up and goes to work.

This definition fits Bogaerts perfectly, but it was already taken by Dustin Pedroia. Pedroia’s numbers were still solid in 2017, his last healthy season. Even though he barely saw the field in 2018 and 2019, he was still a star in the media because of his professional resume.

When the Red Sox won the World Series in 2018, there were so many top-tier players that Bogaerts did not receive the league-wide attention he deserved. He also batted .136 in 22 at-bats with the spotlight on him in the World Series against the Dodgers…

Was the shortstop loved in Boston?

Yes. This has never been a question, but he has failed to earn respect throughout the league.

Xander Bogaerts: The Final Reason He is Underrated

Bogaerts is always ranked high amongst these stars, but he is in a talented pool of players. Lindor is making $11 million more per year than Bogaerts.

In MLB, money talks, and Bogaerts is underpaid, underpromoted, and underrated. It all started by joining a team that featured David Ortiz.

The Story Writes Itself for Boston in 2022

Who Will Win the Xander Bogaerts Free Agency Battle?

With Xander Bogaerts free agency up in the air after opting out of his contract with Boston, the future is cloudy for the shortstop. […]